FISTFUL OF ROCK With DAVE LESLIE From BABY ANIMALS & TRUCK 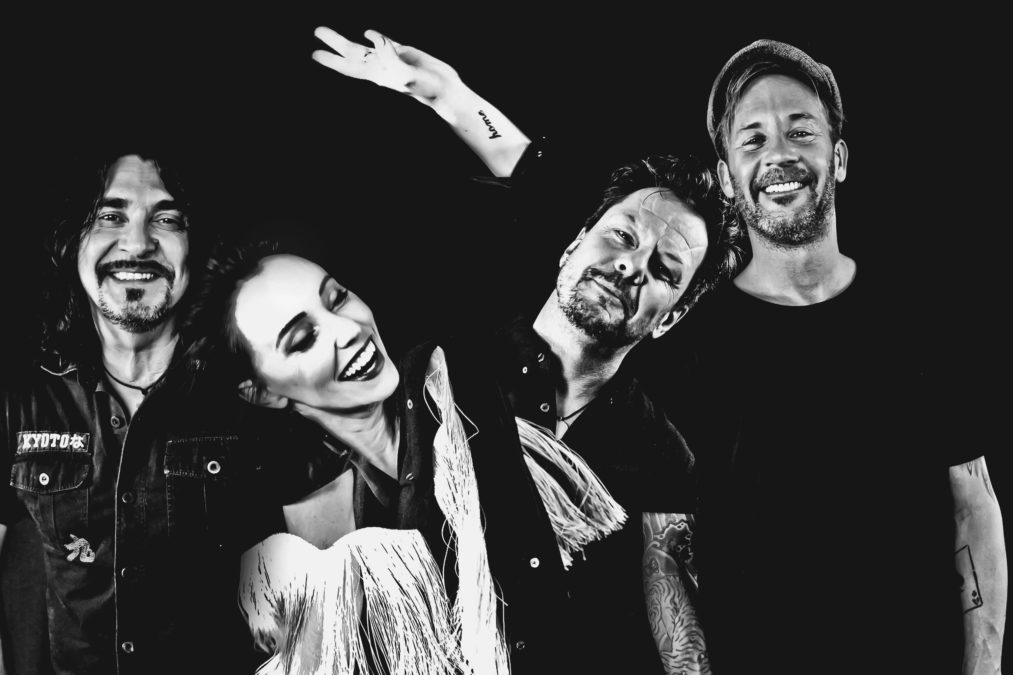 Guitarist Dave Leslie is one of the most respected musicians in Australian rock.

And for good reason.

Best known for being part of one of this country’s finest rock exports in Baby Animals, Leslie has recently also started another project with Andy McLean of Horsehead fame called Truck, who are on the cusp of releasing their second single, Lucky.

With both bands now fully-fledged touring outfits, Leslie has his hands full with a large number of upcoming shows, most notable of which is the Fistful Of Rock concerts which see Baby Animals share the stage with fellow Aussie legends The Angels, The Poor and Rose Tattoo at Brisbane’s Eatons Hill on April 29 and Sydney’s Enmore Theatre on September 2.

Leslie joined HEAVY for a chat earlier this week to discuss his active schedule, starting with the Fistful Of Rock.

“It is a hell of a lineup isn’t it?” he smiled. “It’s funny because we’ve been given a chance to bring our rock to the table, because it’s a funny band Baby Animals. We can play in a lot of different circumstances and every time we play with other bands a little bit of that band rubs off on us. I know back in the early days when we toured with The Angels a lot of that rubbed off on us and we became… I guess we became harder because we had no choice. When you’ve got a girl singer and playing in front of an Angels crowd you’ve gotta bring it. or else they just bury you (laughs). We’re looking forward to bringing it at Eatons Hill.”

When I point out to Leslie that the combined total of all four bands experience numbers a phenomenal 163 he doesn’t seem surprised.

“That would be right,” he nodded. “It’ll be good to see Angry again. I’ve spent a bit of time with him over the years because he’s taken myself and the boys out shooting and bits and pieces, and he’s such a nice fella. I’m really looking forward to the music side of things, but also the catch-up. It’s bloody hard to catch up with people sometimes, especially the last couple of years, so I’m looking forward to that social aspect of it too.”

In the full interview, Dave talks about the longevity of these bands and muses over which one will be the last band standing, his memories of playing with all three over the years, why he thinks Aussie rock bands never seem to get old or fade, potential new music from Baby Animals, Truck’s new single Lucky and what we can expect, future music releases from the band, upcoming live shows, finding the balance between playing in multiple bands and more.