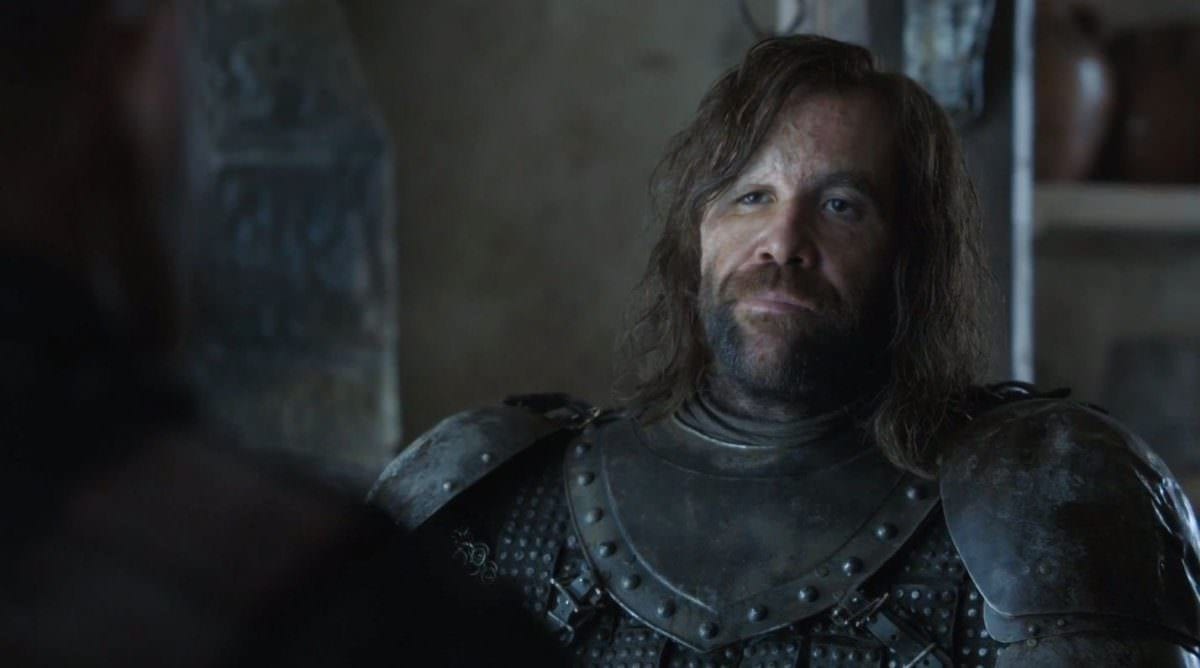 The last season of Game of Thrones will begin in Australia on Monday, July 17th. Albeit, the season will be split into two and probably wrap in 2019. However, we are beginning the final leg of what has been a remarkable television journey. To celebrate, we thought we’d cast a look back to ten of our favourite moments from the show in the lead up to the season premiere. Look out for our interviews with cast members of the show in the upcoming digi-mag.

Some moments you just like because they’re bad ass. The season premiere of season 4, Two Swords ends with Arya Stark (Maisie Williams) and the Hound (Rory McCann) taking refuge in a pub. Inside are men working for the Mountain, Sandor Glegane, the Hound’s, brother (although they are not exactly close). ‘Working’ is a loose term, however, since they’re basically laying waste to the countryside and doing as they please.

The tension builds as the leader of the men, Polliver (Andy Kellegher), converses with the Hound as what they are supposed to be: allies. Polliver is talking about one thing but really conveying his suspicions. The Hound is answering all his questions but really telling him where to go. Arya isn’t saying any words but saying everything with her eyes. Arya has already killed a man, and she has a history with Polliver of which she is about to remind him of.

Finally, Sandor Clegane speaks directly in one of the most unexpected, bad ass, and yet hilarious, lines in the history of television. The ensuing fight isn’t too bad, either. It is an important moment in the development of the character of Arya as she continues becoming a hard-edged killer, and it’s further in the reframing of the role of the Hound into a protector of sorts rather than a vicious murderer.

Forget all of that, though. It is just a wonderfully taut scene with an unexpected punch line that spawned a million memes and concludes with a well-choreographed fight that never shies away from the reality of a young girl killing a man. It is the little touches too like Polliver looking back at his mates before deciding to challenge Sandor. Maisie Williams and Rory McCann make the scene, and they make us smile too as we see them ride off on their newly acquired horses.