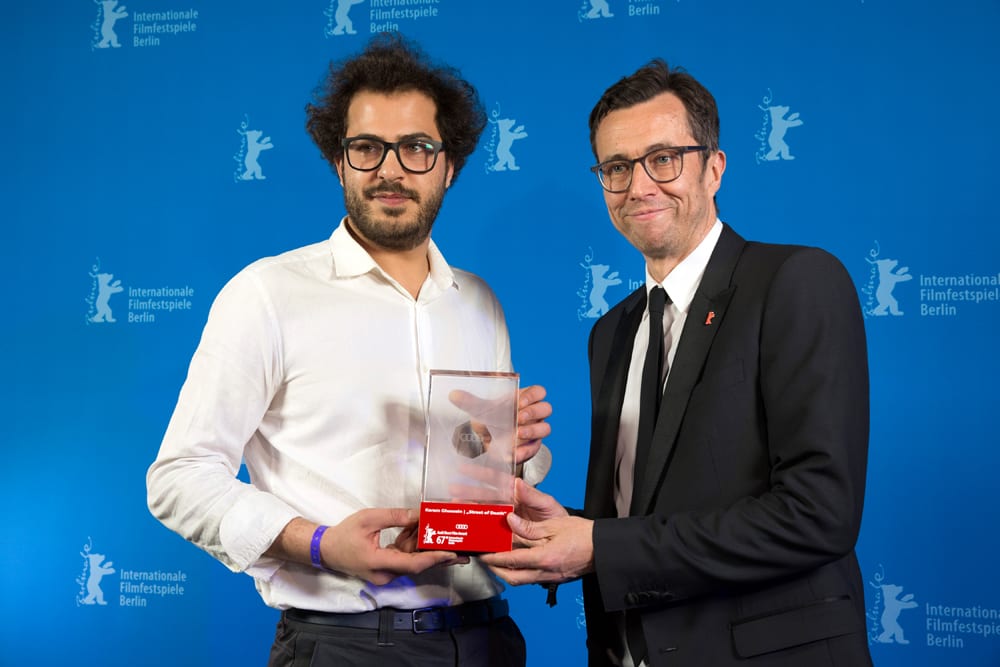 Lebanese director Karam Ghossein has won the Audi Short Film Award, along with its €20,000 cash prize. In the Berlinale Shorts section, he swayed the international short film jury with his film “Street of Death.” The wide-ranging program at the Audi Berlinale Lounge also generated a great deal of interest during the Berlinale. Attracting more than 6,000 visitors, the Lounge was once again the central meeting place for film aficionados. This year the Lounge featured discussions on current movies, debates about new technologies and the popular Berlinale Lounge Nights.

The Audi Short Film Award and its €20,000 cash prize goes this year to the German-Lebanese co-production “Street of Death.” Director and cameraman Karam Ghossein creates a stream of images from the present combined with stories from the past, occurring like a kaleidoscope along the highway to the Beirut International Airport. In the 22-minute-long firm, struggles for power and respect remain as persistent points throughout the ages. The international short film jury for 2017 includes Christian Jankowski, an artist and Professor at the State Academy of Art and Design in Stuttgart; Kimberly Drew, Curator and Social Media Manager at the Metropolitan Museum of Art New York; and Carlos Núñez, Artistic Director of the SANFIC Santiago International Film Festival.

A total of 23 films from 19 countries competed for the jury’s votes in the Berlinale Shorts section. Under the title “Reframing the Image,” curator Maike Mia Höhne assembled a series of films focused on recalibrating one’s own perception, offering the filmgoer a unique new perspective. “The short film is the hotbed of creativity for the film industry. This is where directors execute their visions and provide food for thought, sometimes experimentally, sometimes essayistically. This gives rise to new trends – and that’s what we want to support with the Audi Short Film Award,” says Jason Lusty, Head of Marketing Germany at AUDI AG, explaining Audi’s involvement. The Audi Short Film Award is presented in the Berlinale Shorts section alongside the Golden and Silver Bears, and is among the world’s most lucrative short film awards.

Innovation was also the leitmotif for the Berlinale Open House series of events in the Audi Berlinale Lounge. High-ranking guests from the worlds of research, culture and business discussed new film projects and current trends, as well as the opportunities opened up by artificial intelligence and virtual reality. “Digital transformation has long been more than just an economic issue, and it now involves all levels of society. We therefore aim to drive the interdisciplinary dialog forward,” explains Lusty. “The Berlinale has proven this year to be an ideal platform for doing just that, since culture and business meet here in a creative environment.”

More than 6,000 guests in total enjoyed the Berlinale Open House program, ensuring a full house on every day of the event. While the discussion sessions drew the public in the afternoons, the drive up to the red carpet and the Berlinale Lounge Nights, with leading musicians and DJs, proved a crowd-puller in the evening.

Further information is available at https://www.audi-mediacenter.com/en/berlinale-297.