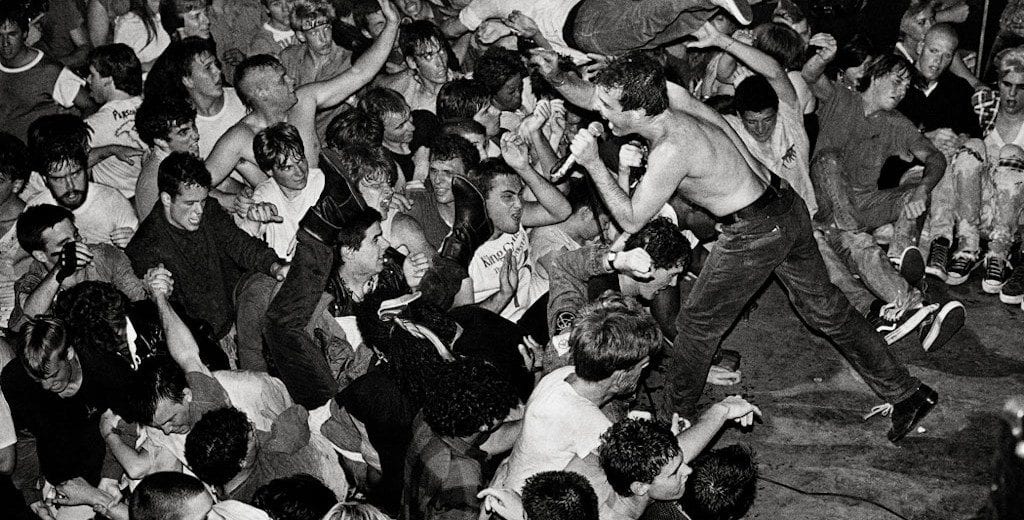 Punk branches out to many sub-genres, hardcore being one of them. Hardcore the more aggressive form of punk has a history worth delving into. The albums chosen are ones that left a mark on the hardcore world.

From its early beginnings till today with most bands still releasing quality music, “die-hard” hardcore fans unite and crank through the Heavy List.

Massappeal: Nobody likes a thinker (1986) 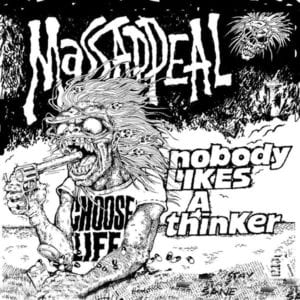 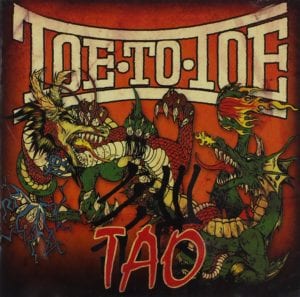 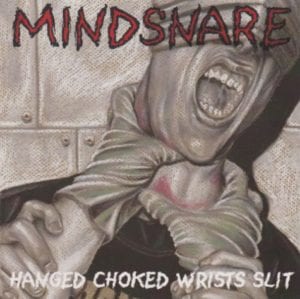 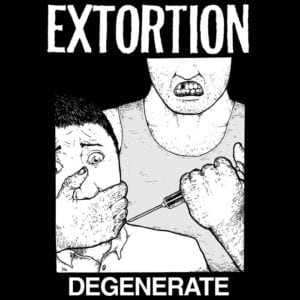 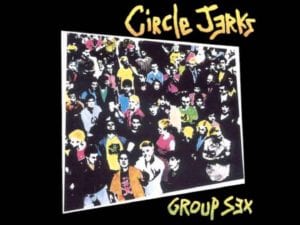 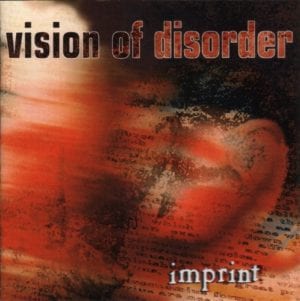 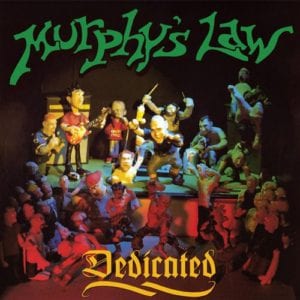 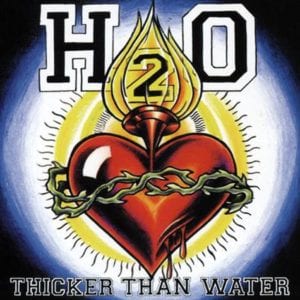 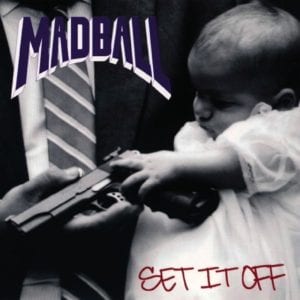 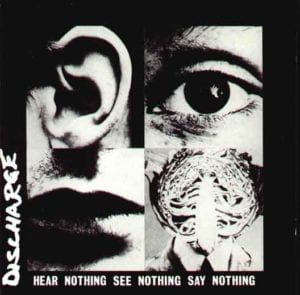 The follow up to their 4th EP Why (1981) was the debut LP, Hear Nothing See Nothing Say Nothing (1982), for UK’s Hardcore Punks Discharged. Forming in 1977 they supported English punk groups such as The Ruts, The Damned, The Sex Pistols and The Clash and paved the way for black metal,  crust punk, thrash, death metal, and grind. Original drummer, Garry Moloney created the D-Beat style of drumming that many hardcore bands imitate to this day. Original frontman Kelvin “Cal” Morris even invented the deep growl that is used for death metal and grindcore, with Tom G. Warrior (Celtic Frost, Triptykon) praising Discharge as one of the revolutionaries along with Venom.

Big names such as Metallica covered Free Speech for the Dumb on Garage Inc. (1998). Machine Head covered The Possibility of Life’s Destruction as a bonus track on The More Things Change…. (1997) Soulfly also covered The Possibility of Lifes Destruction as well as Aint no Feeble Bastard, chosen from Why (1981). Sepultura covered the title track Hear Nothing, See Nothing, Say Nothing.

Standout Tracks: Hear Nothing See Nothing Say Nothing, The Possibility of Life’s Destruction, Free Speech for the Dumb 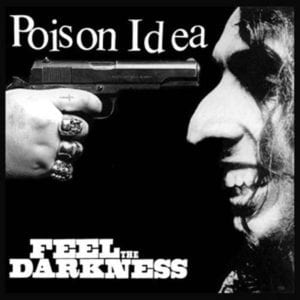 Making it hard to chose between the debut Kings of Punk (1986) and their third release, Feel The Darkness (1990) which was chosen due to numerous highlights. Death Wish Kids will always be a classic but with the likes of Plastic Bomb and Just To Get Away these hardcore anthems ring true to this day. The late guitarist Tom “Pig Champion” Roberts is featured on the album and left the band after the release of We Must Burn (1993). Poison Idea went on hiatus, returning with Latest Will and Testament (2006). Roberts tragically passed and this would be his final recording.

Original vocalist Jerry A. currently fronts the Oregon-based Hardcore Punks with a 5 song EP (2016), a follow-up from Confuse & Conquer (2015). Heavy hitters Pantera covered The Badge on the original Crow: Motion Picture Soundtrack (1994) with Machine Head covering Alan’s of Fire on their B-Side to Old (1994). Local hardcore legends Toe To Toe covered Just To Get Away on the B-Side to Slave (1999). Numerous other groups such as Turbonegro have also covered this influential force.

Standout Tracks: Plastic Bomb, The Badge, Just to Get Away, Alan’s on Fire. 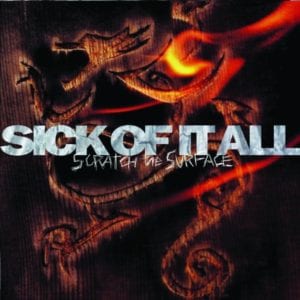 Yet another hard choice between their fourth release Built To Last (1997) and their third, Scatch The Surface (1994), chosen here due to a number of reasons. Firstly it being the band’s first LP on a major label, East West Records. Secondly, it being the band’s most successful album, that saw two singles, title track Scratch the Surface and a video to Step Down, which was featured on MTV’s Beavis and Butthead. The album was recorded by longtime friend Craig Setari, who played bass for Agnostic Front from ’90-’93. Apart from Setari who joined SOIA from 1992, vocalist Lou Koller, guitarist Pete Koller, and drummer Armand Majidi are all part of the original lineup of 1986.

Easily the most relevant hardcore band still going strongly today, touring heavily, only recently in Australia with post-hardcore giants Refused and back home in the States with hardcore punks Murphy’s Law in the States among other standout acts. Their latest The Last Act of Defiance (2014) and most recent EP  When the Smoke Clears (2016) proves the band only increase intensity as they grow older with their music leaving a heavy stamp on New York Hardcore and a legacy within the hardcore punk genre in general. 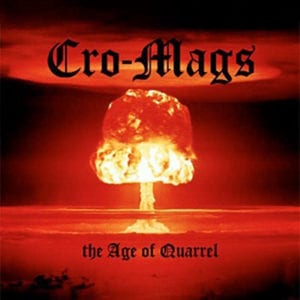 Starting out as a hardcore punk group in 1981 living on the streets it was the debut that got a great deal of attention from the young misfits. The legendary album saw John Joseph on vocals, with bassist Harley Flannagan taking over on follow-up Best Wishes (1986) after Joseph left. The Cro-Mags gained more of a heavier sound and were considered crossover thrash. Joseph would return on Alpha Omega
(1992), with Near Death Experience (1993) being his last. Cro-Mags went on hiatus for several years returning with the Flannagan fronted Revenge (2000). Setari (Ex- Agnostic Front, Sick of it All) notably played bass on the record. The New York Hardcore scene was alive and well.

Both Joseph and Flannagan have credits as songwriters on the debut. Joseph had a Hare Krishna background which was passed onto Flannagan, in which a tougher attitude of martial arts was focused on in the 80’s. Throughout the line-up changes over the years, Flannagan and co-songwriter Parris Mitchell Mayhew who also played guitar alongside Rocky George (Suicidal Tendencies) for the Revenge lineup clashed causing disbandment.

The Cro-Mags legacy continues with Joseph and Setari returning to the lineup supposedly working on new material.  Controversy continued to surround Flannagan having been charged for stabbing two men backstage before a show in 2012, which he claimed as self-defense. Remaining relevant with the most recent release of his solo effort Cro-Mags (2016) Flannagan and the Cro-Mags make a worthy addition to our chosen few of classic hardcore albums. 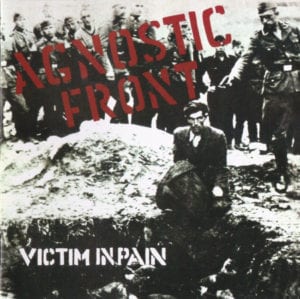 The debut for New York Hardcore’s finest Agnostic Front stands the test of time as one of the most iconic hardcore records. Perhaps due to the short running time of a little over fifteen minutes, Victim in Pain (1984) is also available as a split with, follow-up Cause for Alarm (1986). Longtime vocalist

Longtime vocalist Roger Miret and guitarist Vinnie Stigma are active members today with their latest release The American Dream Died (2015) and heavy touring, Agnostic Front are yet another hardcore band delivering the goods to their fans worldwide. Grindcore veterans Napalm Death covered Blind Justice on Leaders Not Followers: Part 2. (2004) with numerous bands such as Fear Factory, Hatebreed, Pro-Pain, and S.O.D, covering Your Mistake. 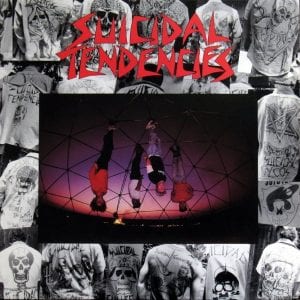 Forming in 1980 it was the debut for American Hardcore Punk group Suicidal Tendencies that got them onto the map. Their self-titled debut is one of the best-selling punk records having sold 150,000 copies by 1986. The video for Institutionalized was most successful. The classic line-up consisted of vocalist Mike Muir, guitarist Grant Estes, bassist Louiche Mayorga and drummer Amery Smith. A recreation titled  Still Cyco After All These Years (1993) included re-recordings of the debut plus two re-recorded tracks from Join the Army (1987) and an unreleased bonus track. Despite the new take on the tracks, nothing c0uld beat the original recordings.

ST have been covered by numerous bands of vast genres. Thrash legends Slayer covered Memories of Tomorrow on their Japenese Edition of Undisputed Attitude (1996) while Ice-T‘s rap-metal project Bodycount gave their own rendition of Institutionalized rearranging the lyrics on Manslaughter (2014).

Standout Tracks: I Shot the Devil, Institutionalized, I Saw Your Mommy… 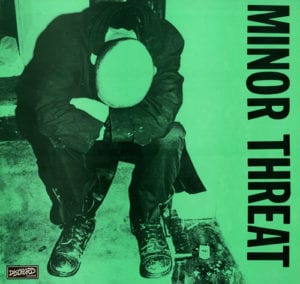 The only LP released by Washington D.C’s hardcore punk group Minor Threat was Out of Step (1983). Only lasting three years after forming in 1980 a compilation was released featuring the first two EP’s  Minor Threat (1981) and  In My Eyes (1981), which was included in our list. Two years after breaking up a final EP, Salad Days (1985) was released. A complete discography compilation was released in 1989 and re-issued in 2003. The cover shows frontman Ian MacKaye’s younger brother Alec hunched over which was an influence on the album art of …And Out Come the Wolves (1995) from the Ska-Punk influenced Rancid.

Numerous bands have their own renditions of classic Minor Threat songs. Rage Against The Machine covered In My Eyes on Renegades of Funk (2002) while bands such as Ska-Punk’s Sublime and skate punk’s Pennywise covered title track Minor Threat. Heavy hitters Slayer covered Guilty of Being White on Undisputed Attitude (1996). MacKaye has been on hiatus with Post-hardcore outfit Fugazi since 2003. MacKaye currently provides guitar and vocals for Indie-rock duo The Evens with co-vocalist and drummer Amy Farina.

Standout Tracks: I Don’t Wanna Hear It, Seeing Red, Minor Threat, In My Eyes, Guilty of Being White 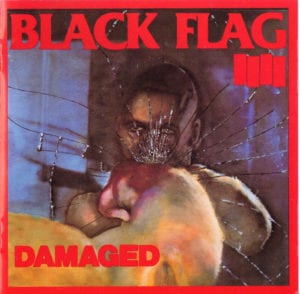 Consisting of the classic line-up featuring vocalist Henry Rollins, lead guitarist Greg Ginn, rhythm guitarist Dez Cadena, bassist Chuck Dukowski and drummer Robbo it was the debut for Black Flag that is one of the most well-known hardcore punk records in history.

Numerous bands have covered many songs off the debut whether it be Rollins Band collaborating with friends and musicians on Rise Above: 24 Black Flag Songs to Benefit the West Memphis Three (2002). Rise Above of course being the opening track from the debut. Rollins himself does a cover of the title track featuring Chuck D. (Public Enemy). Greats such as Mike Patton (Faith No More, Mr. Bungle) does his own rendition of Six Pack while Lemmy (Motorhead) covers Thirsty and Miserable.

Locally Goatsound Recording and Rehearsal Studios in Melbourne released, Black Flag “Damaged” Reinterpretation Album (2015).  To this day Damaged remains as influential as it did in its beginnings. An essential record to have in one’s record collection. 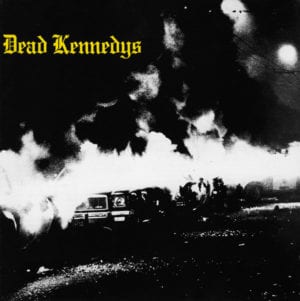 Forming in 1978 with the classic debut from Californian hardcore punk outfit Dead Kennedys it could be argued how high on the list Fresh Fruit For Rotting Vegetables (1980) should be. Lead by the political-fueled yet somewhat crazed Jello Biafra, the distinct surf rock inspired guitar style of East Bay Ray, bassist  Klaus Flouride and drummer Ted.

Endless standout tracks can be found from start to finish with bands such as Faith No More covering Let’s Lynch The Landlord and Sepultura with their rendition of Drug Me. The Dead Kennedy’s rendition of Elvis Presley‘s Viva Las Vegas (1962) makes for an interesting cover and featured in the soundtrack to Fear and Loathing in Las Vegas (1998). 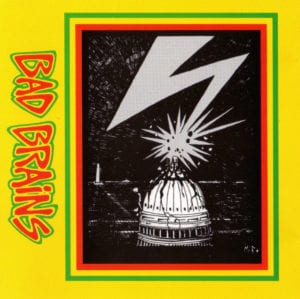 Known as the pioneers of hardcore punk were D.C. outfit the Bad Brains. Formed in 1977 and not releasing their debut LP until 1982 they already had a cult following. Rollins has stated that the Bad Brains were the reason he got up on stage.

The influence on musicians is endless with the likes of Sublime who had vocalist HR on stage at gigs numerous times and ska group No Doubt who covered Sail On. 311 also covered the heavy reggae infused Leaving Babylon.

Bad Brains were followers of the Rastafari movement and the debut consisted of the classic line-up of H.R, guitarist Dr. Know, bassist Darryl Jennifer and drummer Earl Hudson who are still together today despite the health of H.R. who has his ups and downs and past line-up changes regarding vocalists. Not afraid to blend genres such as funk, metal, hip-hop and soul Bad Brains will always be best known for their roots that brought hardcore punk to the masses.

If you missed it Check out our Heavy List for the Top 10 Punk albums here: