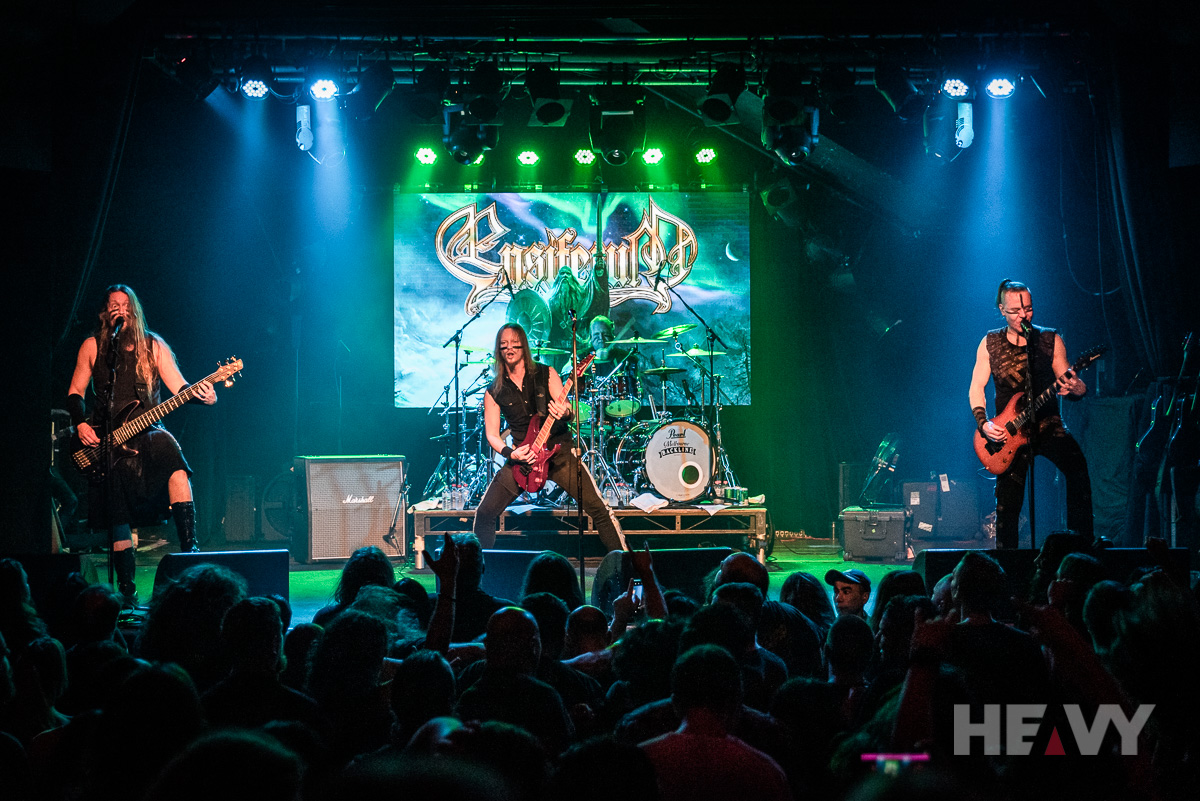 Hailing from Melbourne, Stormtide bring their own brand of fantasy- and operatic-infused folk metal to open the night. They began playing as most patrons filtered through the doors and headed straight to the bar to quench their thirst on this stupidly hot night. As such, the band were noticeably reserved to begin but, a few songs in around Conquer the Straits, the crowd began to realise the huge sound that was being constructed. After the crowd warmed up, so too did Stormtide, and their performance benefited from it. Complete with fist-pumping Oi!s and longboat-rowing in the crowd, Stormtide’s thick blend of pirate folk raised glasses and horns. What you put into this band from the pit they will return tenfold on stage.

Espionage are Australia’s answer to NWOBHM. Whilst setting up, their bassist/vocalist decided to diverge from the usual “CHECK ONE TWO YYYEAH” and instead belt out arguably the most powerful high pitched 80’s scream Melbourne has heard since, well, the 80’s. Espionage begins their set and it’s immediately apparent that they should be playing stadium gigs. Think Iron Maiden instruments with Rob Halford on vocals, with the occasional hint of thrash poking its head through. This is never more evident than during High Riser and Hellfire which both sound like ripping Priest B-sides that you forgot about. They end with The Light Begins to Fade, which will leave any true Maiden fan salivating for more. A true hark back to the years of big hair, big wailing guitar solos, big white self-lacing sneakers, and big stage presence. Honestly, if you’re a promoter bringing out bands like Priest, Maiden, Leppard, GnR, etc and don’t choose Espionage as support, you’re missing a perfect opportunity. For the patrons, don’t take your girlfriend to see this band. She’ll either go home with the frontman or ask you why you can’t show the same commitment in life as they do to their stage image (you can’t).

And finally, for the headliners. Finland’s undisputed kings of heroic sword-bearing folk metal; Ensiferum. They have written lofty, epic, and ambitious music over the years but haven’t lost their larrikin on-stage antics. The Finns, probably assuming hell has opened up in the Metro Tunnel and its eternal fires are spreading throughout the state, begin with an intro track that leads into the colossal anthem For Those About to Fight for Metal. Their set has barely started and yet heads are banging, the crowd is moshing, patrons are skulling their beers, Melbourne is READY. Riffs, chanting, accordion backing tracks, Steve Harris-inspired basslines, everything you could want from a folk gig was offered up with a side of mischievous grins. There were about a few hundred fans in the venue, but Ensiferum were clearly playing to thousands. Their extensive festival touring experience wasn’t left behind in Europe as they revved up the crowd with such favourites as From Afar, Twilight Tavern, and Way of the Warrior. Ensiferum captivated the crowd consistently throughout their 70ish minute regular set, often encouraging moshing. Everyone in the venue couldn’t help but be drawn in to the infectious on-stage presence of this larger-than-life band. The set ended with Two of Spades, which was greeted by an unrequested wall of death.

The encore began with Sami sliding into That Bass Groove from Pink Floyd’s Money. The Finns cycle through a few more fan favourites peppered with other cheeky and recognisable bass lines including Number of the Beast before Markus Toivonen, aka the Finnish Flea, experiences a few technical difficulties. Fellow bandmates laugh it off before labelling him as an embarrassment (with love). Chuckles and chortles emerge from the crowd, and Sami encourages them to chant “shame” (probably with love). Before the laughter dies, Markus bangs out the riff from Sweet Child O Mine from behind his head because how else is it supposed to be played? Sami rushes through the first verse to get the crowd’s help singing the chorus. The song trails off into what feels like the beginning of a medley before shifting to a big band crescendo. This ending goes on far too long, but is done deliberately so they can squeeze in a few more onstage antics before the house lights come on. Horned salutes fly, cheers roar, and the fans reluctantly dissipate with huge smiles on their faces. Not a good gig to go to if you hate having fun. 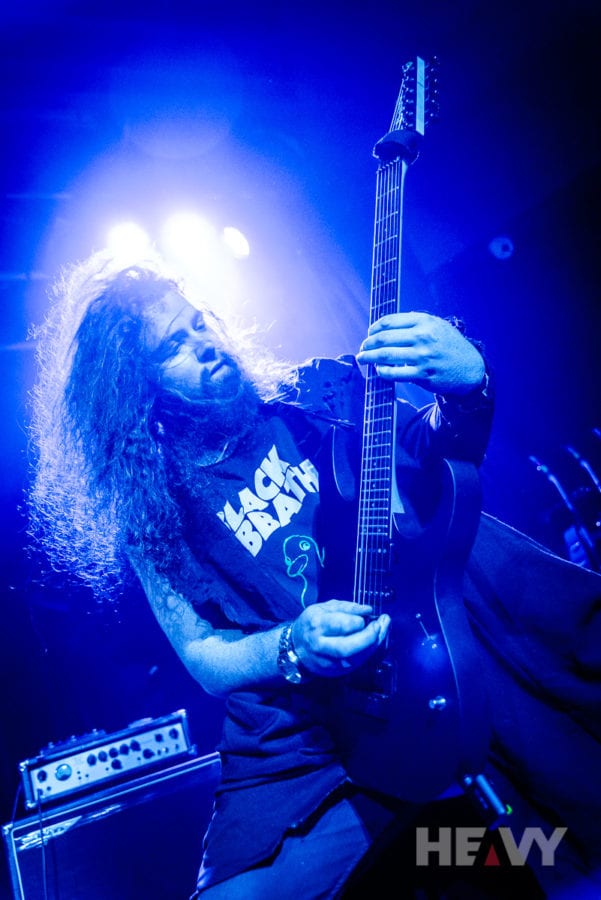 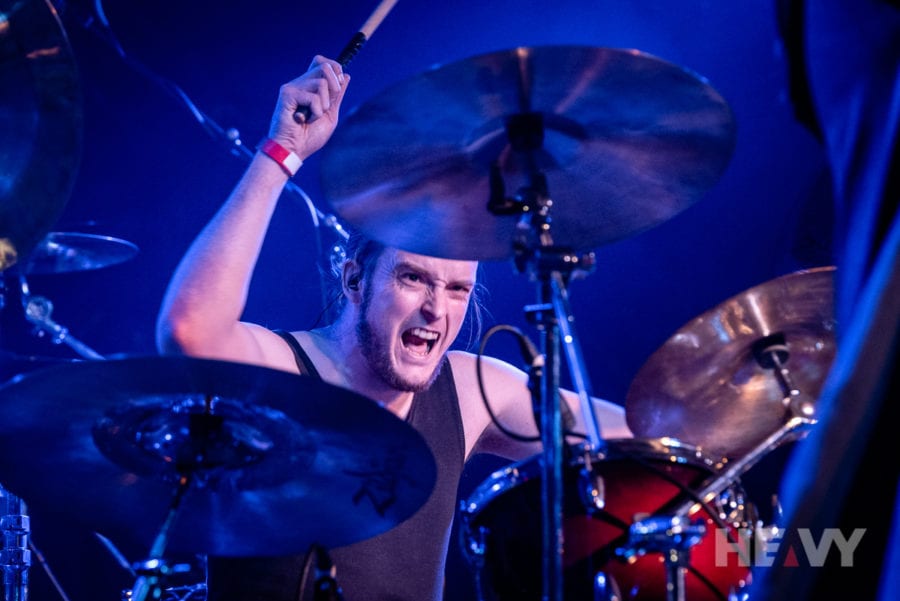 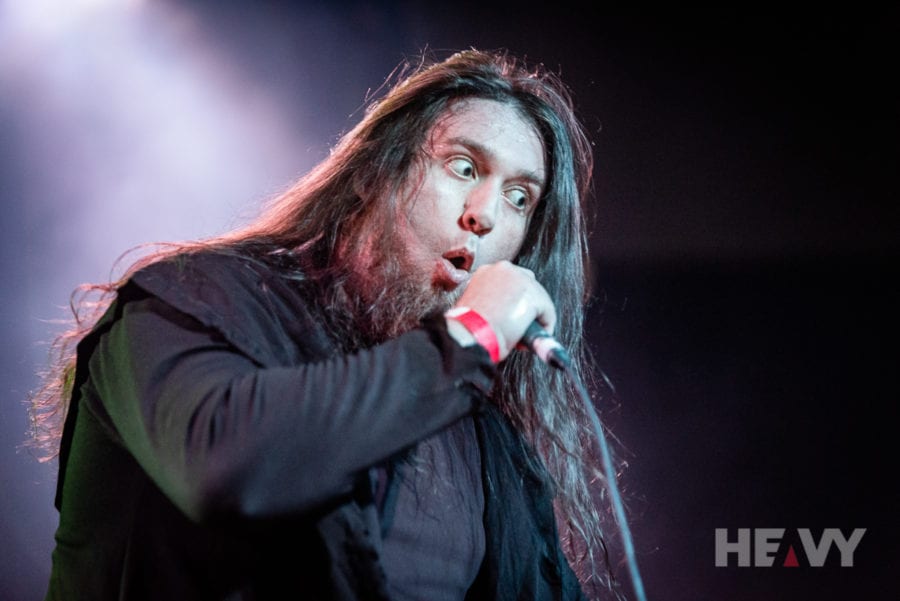 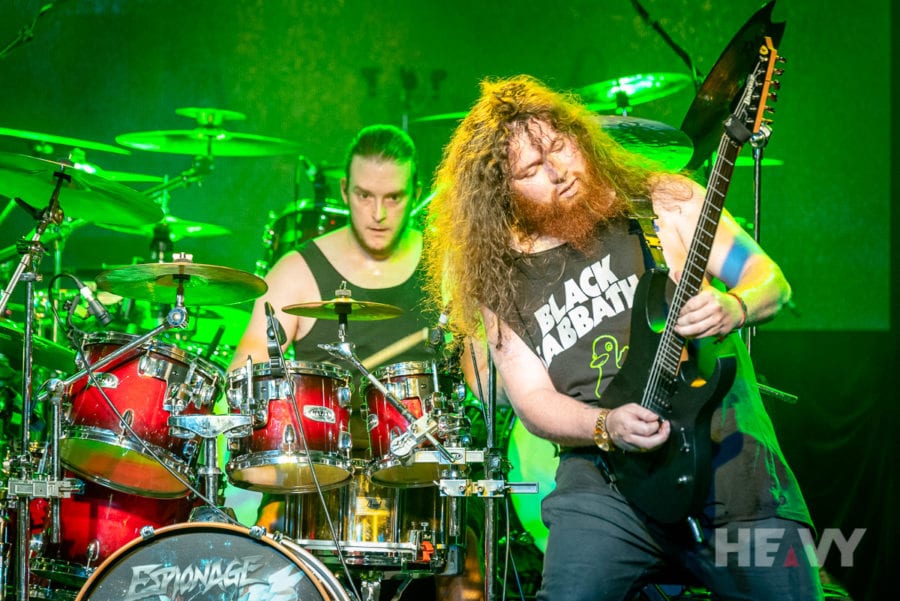 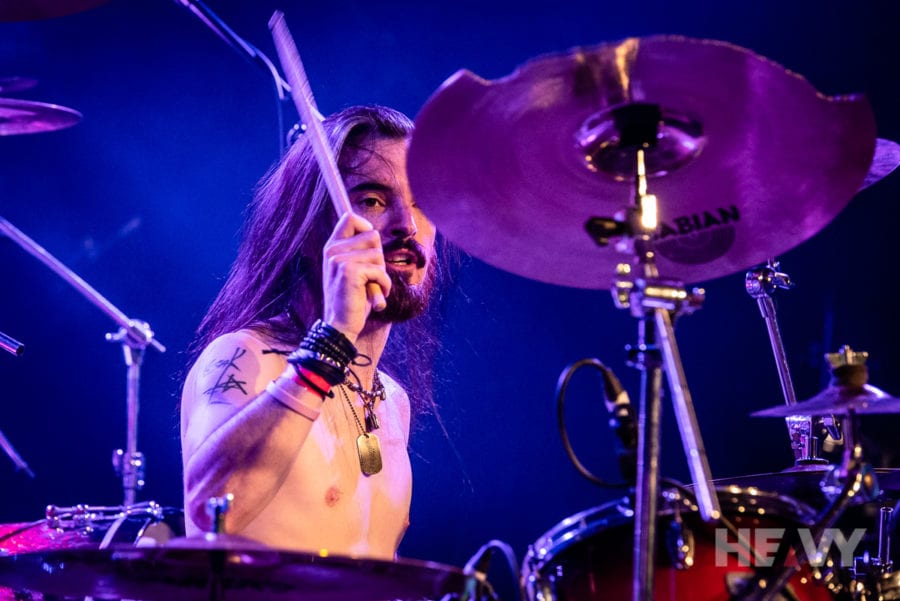 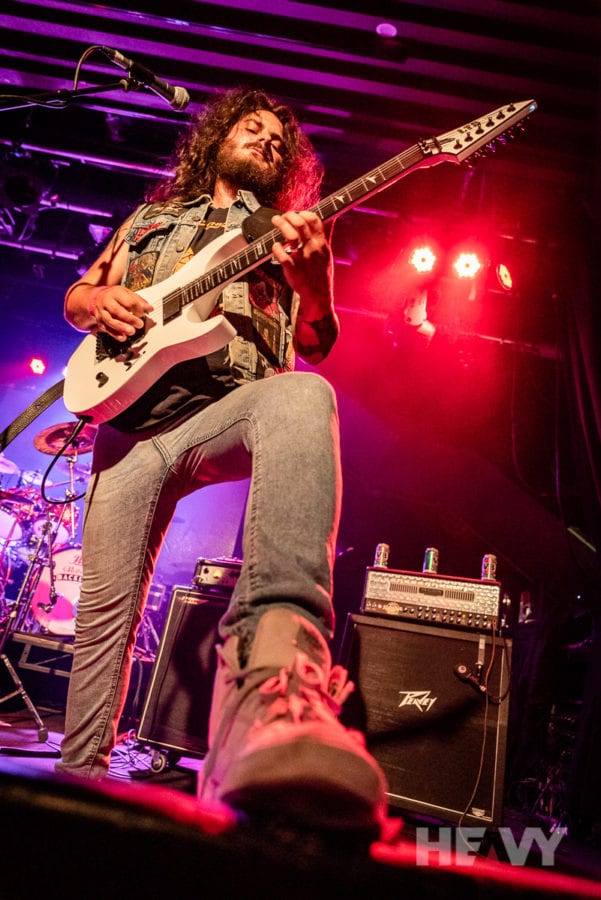 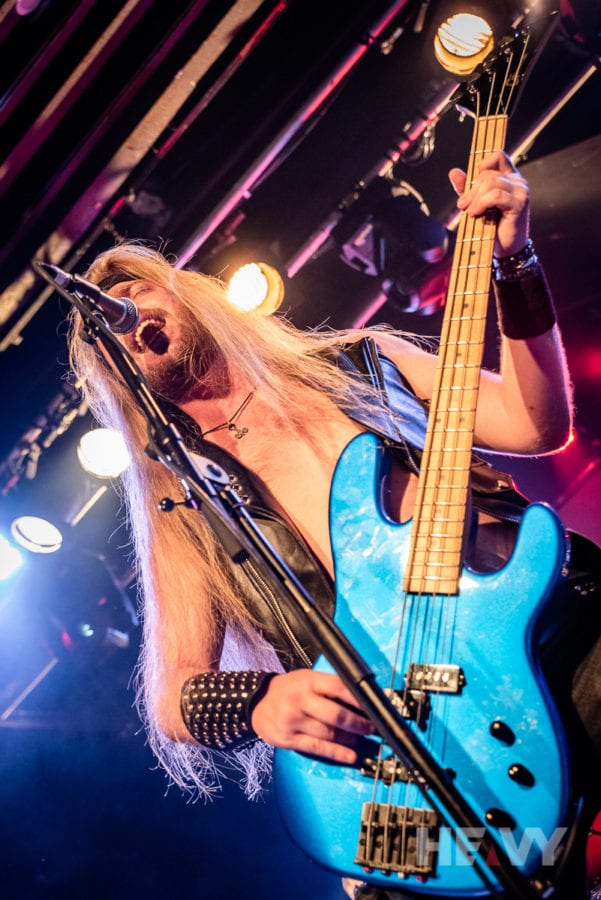 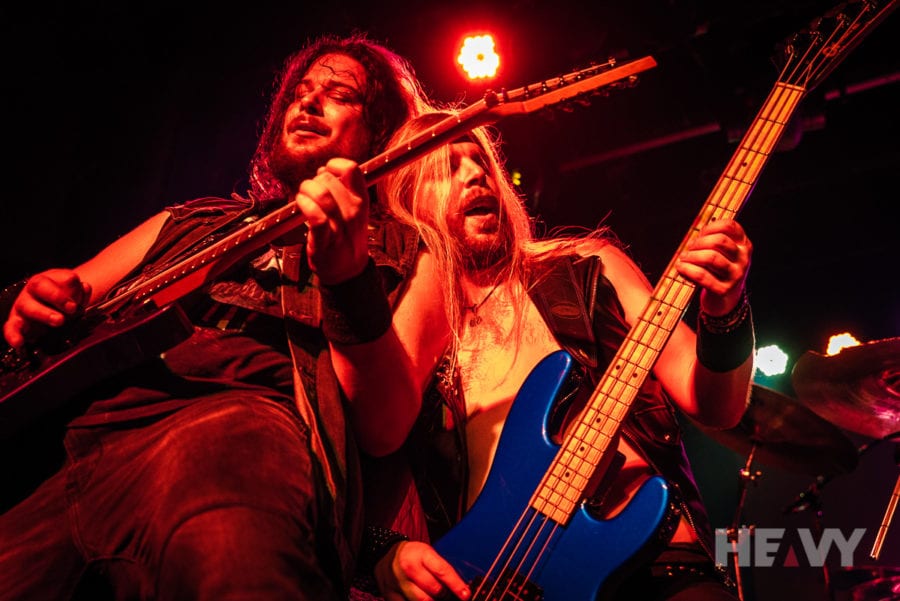 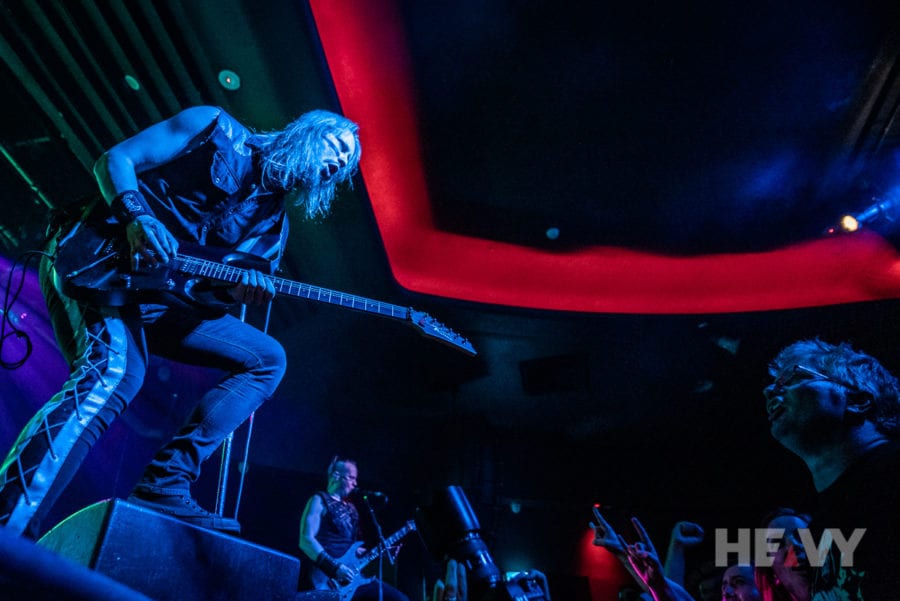 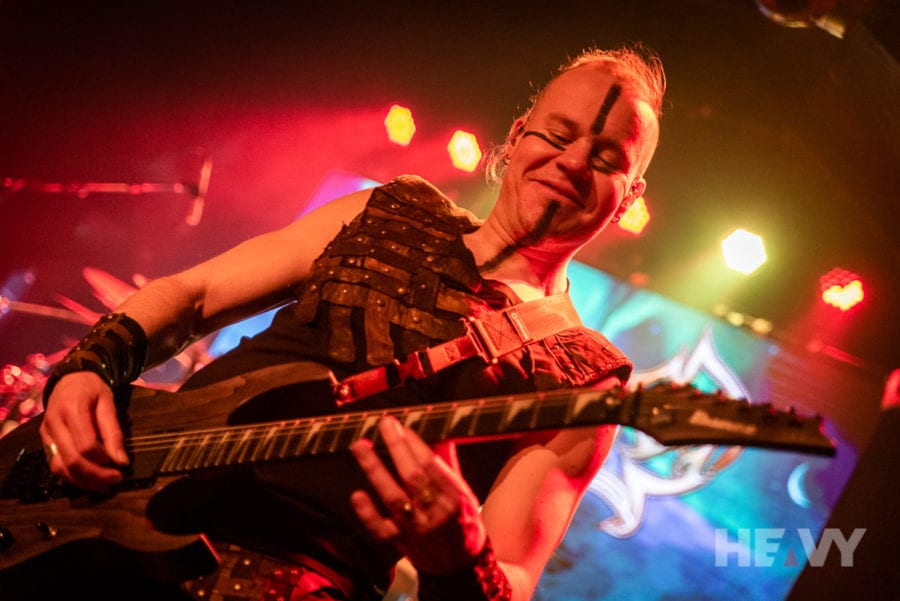 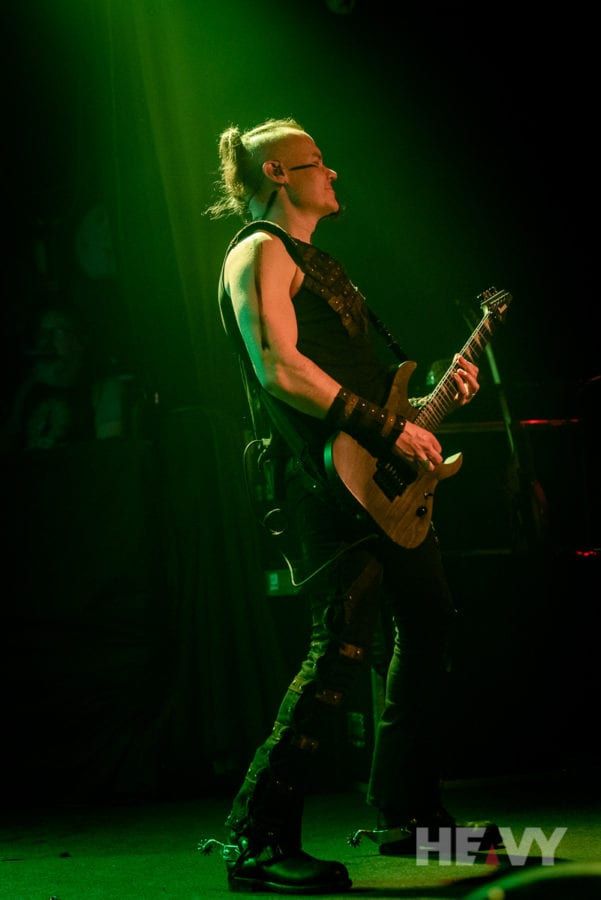 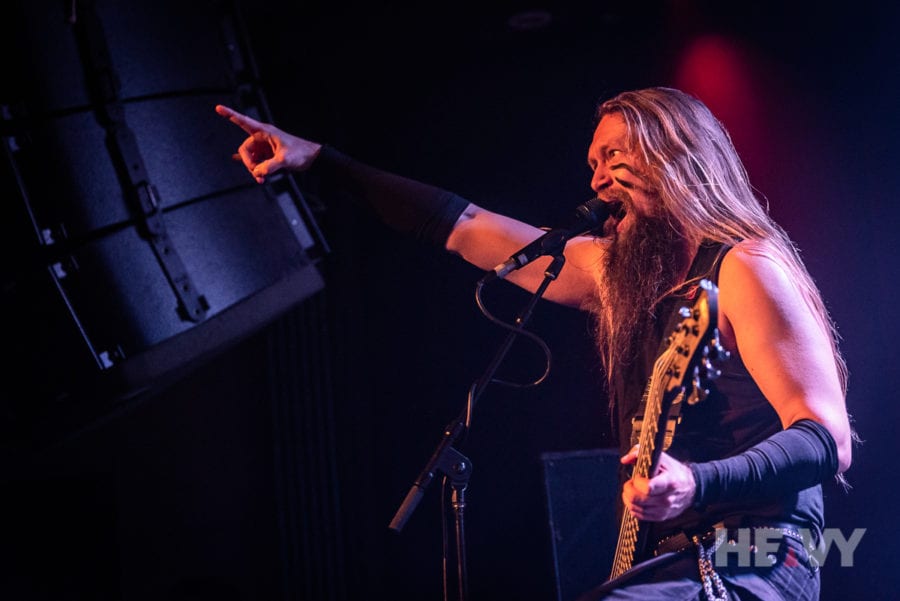 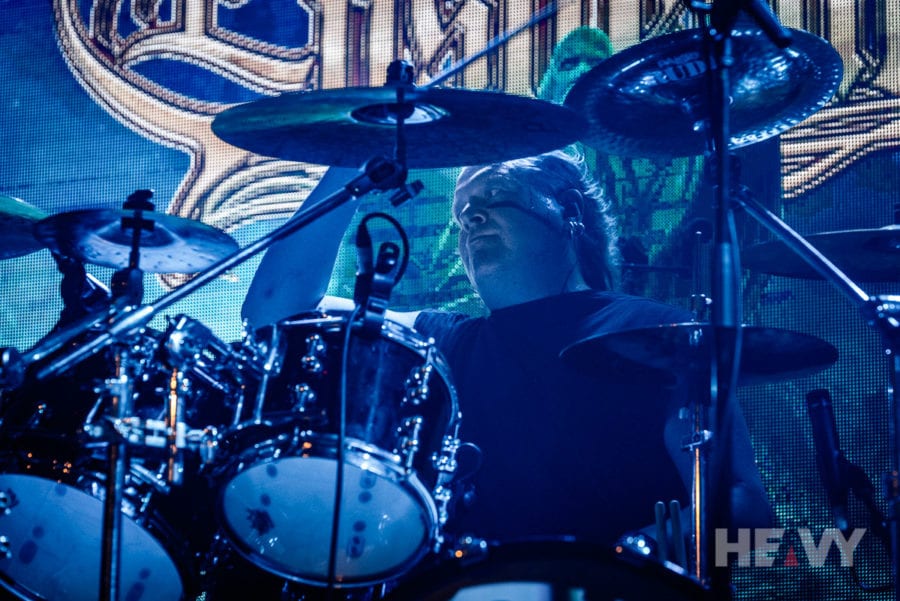 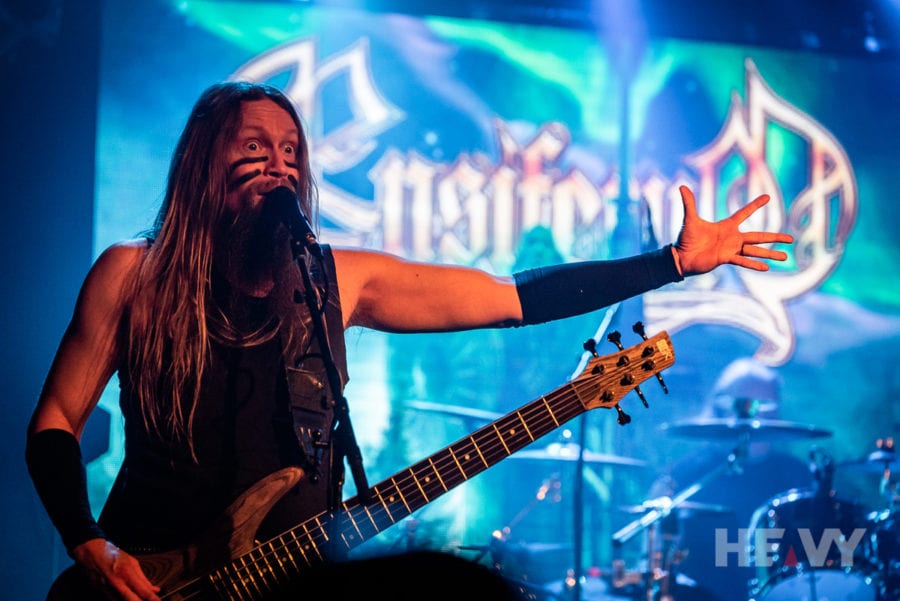 PrevPrevious.ENSIFERUM and Espionage at Max Watts, Melbourne on 02/03/2019
Next.DEAFHEAVEN at The Corner Hotel, Melbourne on 27/02/19Next