Embracing Change with A SOMERSET PARADE 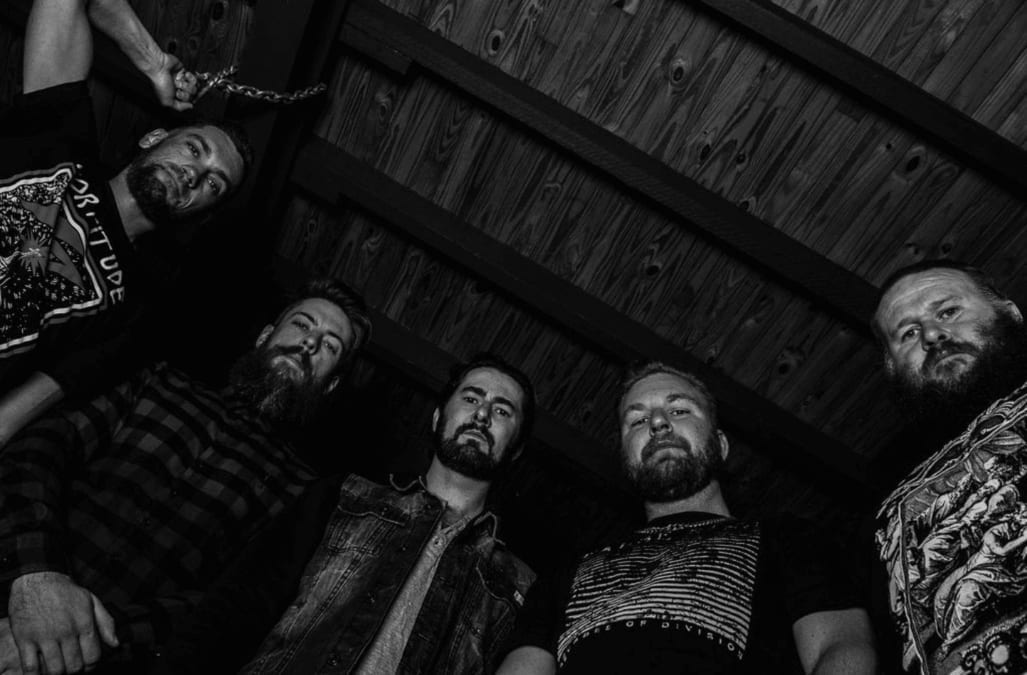 Any time a band changes their sound there is the inevitable apprehension that fans – both old and new – will not share their vision. Such was the case with Brisbane’s A Somerset Parade when they recently released new single ‘Clementine’.

“We were probably a little bit nervous at the start”, agreed bass player Brad James, “because it’s a lot different from our normal sound so we were eager to see what all the fans and people would say about it”.
“Clementine’, with its distinctive gravitation towards the heavier scale of the spectrum, is a belter of a song with an underlying emotional storyline that flies in the face of its harshness musically.

“It’s inspired by the film Eternal Sunshine of the Spotless Mind“, James explained. “It’s sung from the viewpoint of the protagonist in the film who is called Clementine. She and her partner in the movie Joel have their memories of each other erased after their relationship falls apart so it’s basically about a toxic relationship. The song is a beautiful farewell to each other but is a lot heavier than we’ve ever been before”!

While appearing to have come from left field, James argues that the heavier direction is something that has been building within A Somerset Parade for some time now, but has only recently come through musically.

“The heavy influences have slowly started to come in over the years”, he affirmed. “From our first release there’s been a lot of different songs and a lot of different styles – I guess we’re still trying to find ourselves – so I think where we’re heading now we’re a lot more grounded and a lot more conscious of the sound we want to achieve and ‘Clementine’ is a really good example of that. That’s pretty much us on a plate at the moment”.

To go with the heaviness of the music, A Somerset Parade have rounded it off with the addition of harsh vocals to accompany their regular softer tones, with James smiling when fronted with the question.

“Definitely”, he nodded. “I do a lot of the screaming but Dan (Cornish, vocals) also started doing a lot more himself. We’ve started really trying to utilize the two and it was definitely a conscious decision to use more of that kind of style. A lot of the music we listen to these days definitely inspired us to head that way as well”.
Such changes to a bands sound are sure to come under the scrutiny of long-time fans, and James admits that was discussed during the writing and recording process.

“That was probably our biggest concern at the start”, he said. “We really have changed our sound quite a fair bit so it’s always… we did touch on that on the previous album. There’s songs like ‘Information Age’ that did have heavy vocals and they were quite heavy songs but probably not as far as we’ve gone this time (laughs)”.
In the full interview, Brad discusses the reception to ‘Clementine’, the decision to go heavier, the upcoming album and it’s sound and direction, the behind the scenes discussions that dictate a band’s musical direction, the growing resurgence of the Australian music industry, upcoming shows and more.