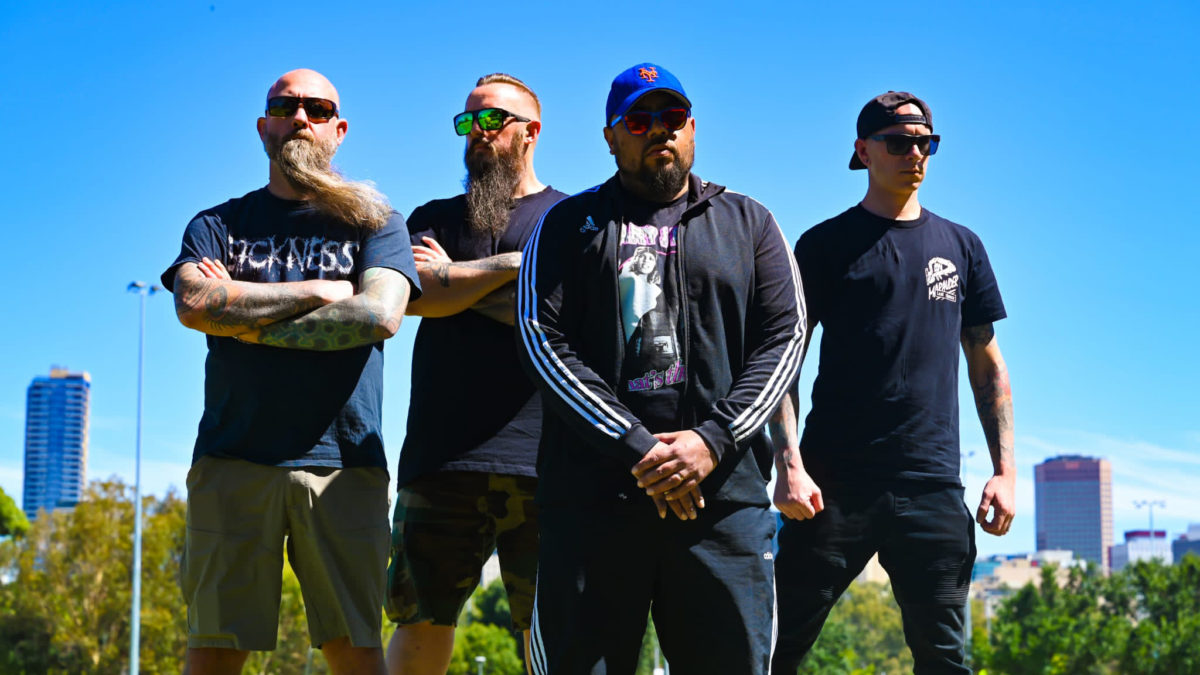 “We found our little pocket that we feel sounds like only us.”

Adelaide heavy metal outfit Echoes In Eternity are preparing to release their debut full length album Into The Negative in the first half of this year, armed with the backing of their freshly signed deal with Dark Escapes Music. Dark Escapes is a relatively new entry to the Australian band publicity stable, but already has made quite a name for themselves with their dedicated service and personnel.

While retaining the core sound that saw Echoes In Eternity garner attention in the first place, Into The Negative sees the band expanding on that more, delving deeper into a groove based, riff-centric and heavy album that steers away from the melodeath tag they had inherited.

Founding members of Echoes In Eternity Aidan Cibich (guitar) and Lee Gardiner (vocals) joined HEAVY to talk about the album and their signing with Dark Escapes Music.

“I guess these days how tough it is with the digital world and the amount of people there it’s, just awesome to have someone to help on that side of things,” Gardiner began, “especially from dudes we’ve known for a while and have respect for. We know our music is in good hands with them, so it’s a bit of a blessing really.”

Choosing the right team to ensure your music reaches the right people and ears is a vital cog in any bands machine. The band is basically trusting the whole team to deliver justice for their music, so there are many factors that need to be considered before signing a deal.

Despite the relative youth Of Dark Escapes Music in terms of being a business, Gardiner says the decision to sign was an easy one.

“Initially it was probably one of their directors, Ian Miller,” he said of the initial thought process. “I have spoken with him in the past on some things, and he just always has been a top-notch dude and has heaps of respect around the state and Australia for his mixing and live mixing abilities. Just knowing the calibre and kind of professional he is, if he is involved with something like this, I trust that it is something we should try and explore.”

In the full interview the boys run through some of their expectations of being signed, the upcoming album, how it changes from previous work, experimenting with music and how you know when it is right, their three cover songs released last year and why they chose to release them, future plans and more.