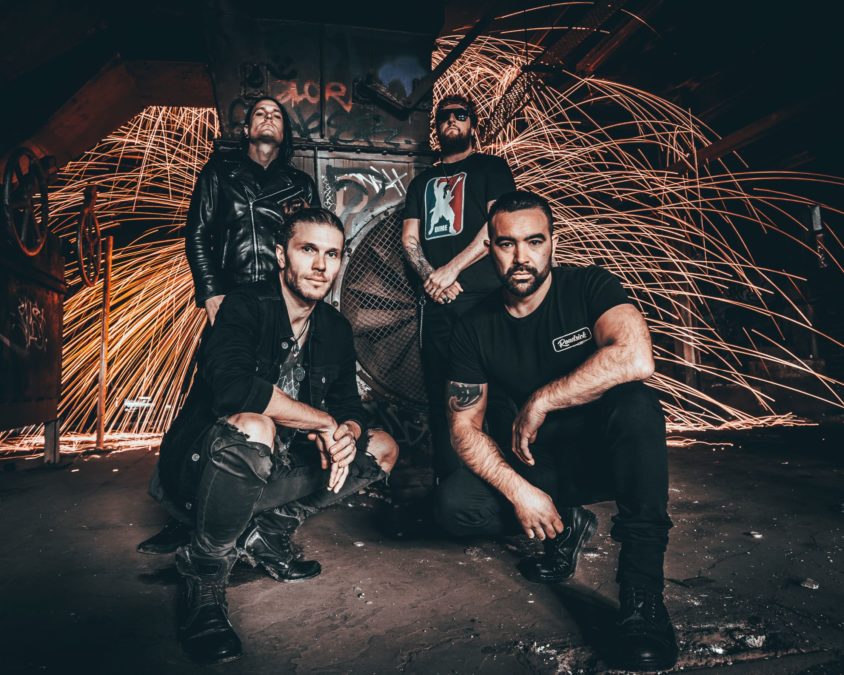 Formed out of literal isolation earlier this year, East York have the musical pedigree to already be a success without shots being fired.

Featuring Mammal drummer Zane Rosanoski and Tarquin Keys from Logic Defies Logic, East York have burst onto the scene without relying on reputation, releasing the blistering new single “Outsiders” and staking their claim to being one of the musical finds of the year.

Rounded out by Daz and Eric, East York were born out of the frustration created by idle hands and already have three songs to launch from the back of, the first of which was released last week.

Zane and Daz sat down with HEAVY to chat further.

“The reception has been awesome man, we’re stoked,” Daz enthused. “ Being the first single for a relatively unknown band its been amazing. Worldwide, we have had responses from New Zealand and Canada and the UK so we’re absolutely buzzing on the launch for sure.”

With three songs already written, what makes “Outsiders” the standout choice to introduce East York to the world?

“It felt right because it was the first song we wrote essentially,” Daz shrugged. “The song started with a beat that Zane brought to the table, it’s actually a thrashy Morbid Angel type beat, and it just felt right. It had a bit of everything and sums up the band in a way. It’s got the heaviness, the punch, the bounce and big riffs and obviously Tarquin’s vocals and hooks throughout so it felt like the right, appropriate launch for this one.”

In the full interview, the boys detail their ambitious launching of the single on a screen multiple stories high, their sound and direction, previous bands and how they shaped the sound of East York, coming up with hooks for heavier music, future music and more.