This week’s 12 Rounds With Johnny Boxer features a range of questions including ones about his voice and the authenticity of it, what he would play the chainwhore in, his favourite guest on Fat Pizza, the possibility of another live Fat Pizza tour, what job Bobo would have if he wasn’t a pizza chef, plus a surprise guest drops in all the way from the U.S of A with a special message…

Don’t forget to read the highly interesting piece below the episode which this week outlines some of Johnny’s time spent in prison. There are plenty more layers to the great man than what you see on television and this is just one of the many we will bring you in the coming weeks.

It’s 1988 and five prisoners are on the rooftop of Brisbane’s notorious Boggo Rd gaol.

A riot’s underway, set off from the shooting of an inmate by a prison guard.

They weren’t getting down until 2 Division was shut down. The cells held no toilets or running water and apparently harsh treatment from staff was rife. Inmates were shitting in cockroach-infested tins, feeling like they’d never get out alive.

Gaining nationwide media attention the protest had members of the public gathered out front in support and a local rock band playing loudly across the street, managing to get three songs in before being silenced. One band member (Greg Fryer) recalls hearing the inmates roaring from inside as they played.

JB was there doing time. He’d been thrown into solitary within the first week for getting into a ferocious fight with a ‘lifer’ over dinner. Given six months in what they’d refer to as ‘The Black Hole’ and the Human Rights Commission called “Barbaric and inhumane”, he remembers things such as others in solitary ”browning themselves up” which is completely covering yourself in faeces so the screws don’t touch you.

What does he recollect about that protest/riot? A couple of inmates hunger striking for the cause would swap him their sandwiches for his orange juice and eggshells.

2 Division was closed the following year and when JB had finished his dark time in solitary he was thrown back in after being accused of inciting a riot (which was simply inmates loudly cheering his return).

After five years in Boggo Rd, he was transferred to Stuart Creek in Townsville where he served three years before finishing up his last six months in Sir David Longland.

What was he serving time for you may wonder?  “For keeping me mouth shut” is all Johnny will tell you.

Arriving back in Sydney early 90’s Boxer walked straight into a job as security in the Eastern suburbs, almost immediately being made supervisor. He got back into bouncing in the Cross also, which is where he met Paul Fenech (aka Pauly) and was offered an audition for a film Fenech was creating. Why you ask? Because he felt so entertained watching JB put someone on their ass.

We all know what took off from there. JB would appear in the long-running hit tv comedy series ‘Fat Pizza’ as psycho pizza chef BOBO and became one of Australia’s favourite onscreen characters.

This wasn’t Boxer’s first acting stint though. He’d performed in theatre, made appearances in various tv series such as E Street, Water Rats, Police Rescue and Home & Away as well as tv ads for big brand names like Stanley Wine and Toyota. One ad I’d suggest you look up (find it on YouTube) and try to pick him out in is Old El Paso’s 1998 “What’s a Burrito?” You’ll get a good laugh.

Keep those questions coming in. Just as Johnny never knew which way his life would turn next you’ll never know what response you’re going to get… 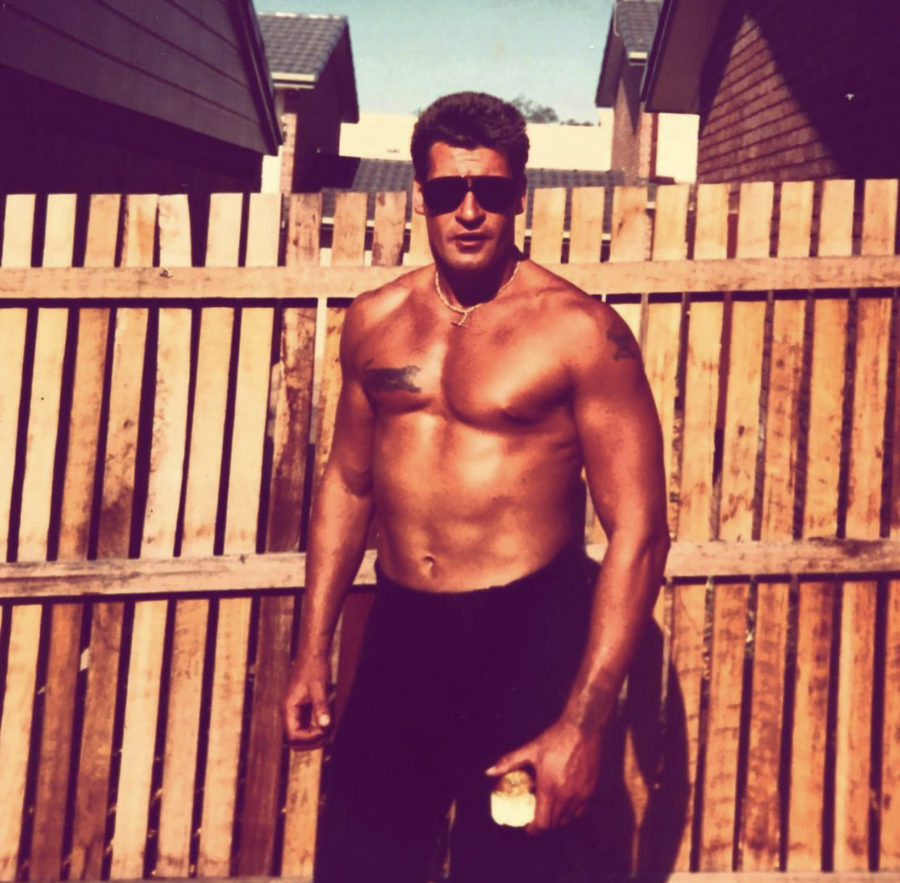