Dorothy at the Paradise Rock Club, Boston, Massachusetts (USA) on 2/15/19 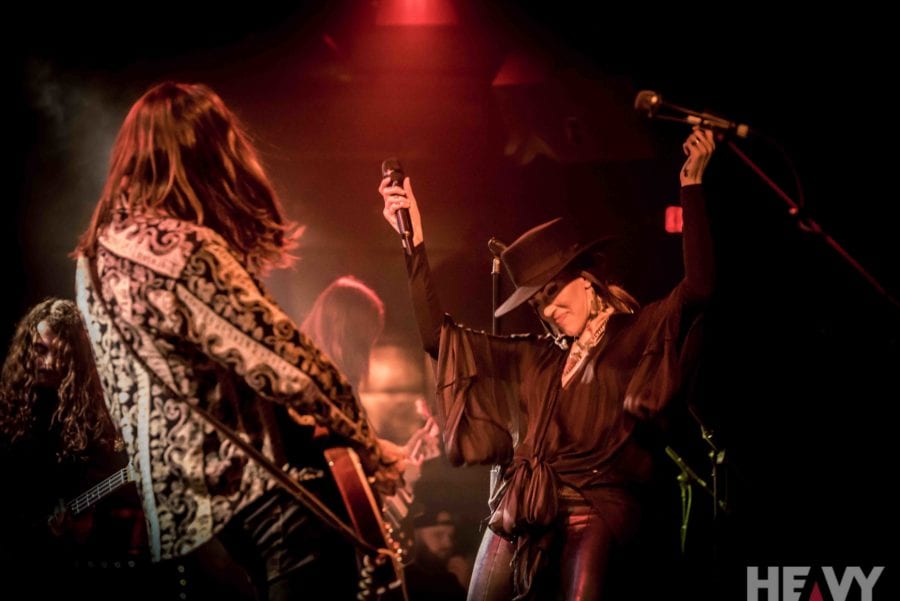 It would be far too easy to categorize Dorothy as yet another throw back 70’s band trying to live off the music of such revered acts as Led Zeppelin, Jefferson Airplane and Fleetwood Mac.

This would certainly be a simple narrative to run with but it’s really one that should be reserved for bands such Greta Van Fleet, who unlike Dorothy, offer little in invention, relying much more so on imitation to generate buzz.

Like many of rock and roll’s most endearing bands of today and yesteryear Dorothy instead uses the past as more of an influence and a lever for inspiration to create something that is uniquely their own.

Diving into Dorothy’s most recent release, the sublime 28 Days in the Valley, it seems as though the record was meant less for repeated listening on random mobile devices and more as proving ground for what the songs on the album would become in a live setting. 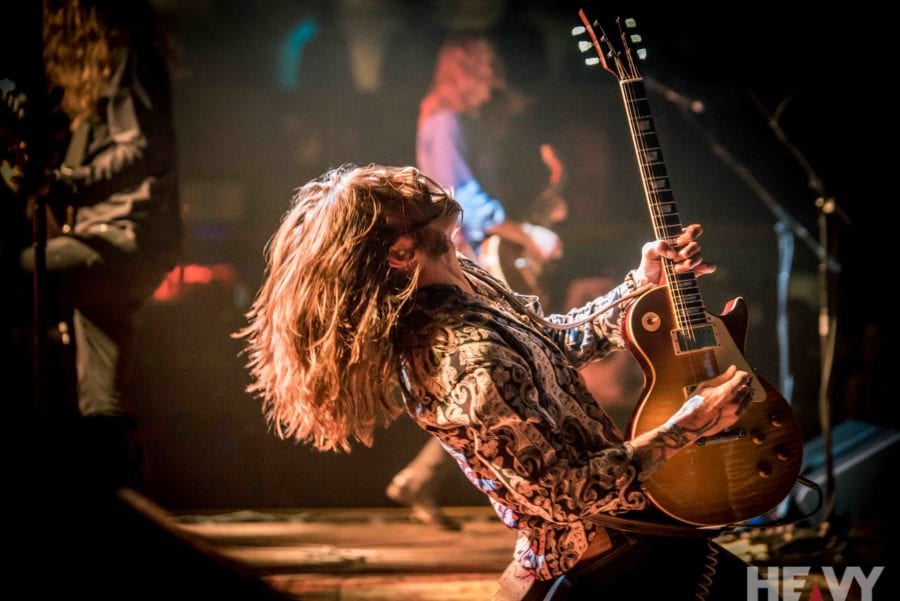 This actually makes quite a bit of sense as all of the superlatives that make Dorothy so captivating shine most brilliantly when the band performs on the lighted stage.  This past Friday the band, fronted by bewitching lead singer Dorothy Martin, delivered a soulful and sweeping twelve song set that had the entirety of the crowd in Boston at the Paradise Rock Club buzzing from the first note played, to the last bar strummed.

Mixing in songs from the band’s debut record, Rock is Dead, along with select cuts from 28 Days in the Valley, Dorothy took the Boston audience on a rock and roll time machine of a trip back to the glory days of rock and roll.

Curiously Martin choose to begin the show with the track she wrote for the Lysa Heslov documentary, Served Like a Girl, about women in the military acclimating to civilian life following tours in Iraq. 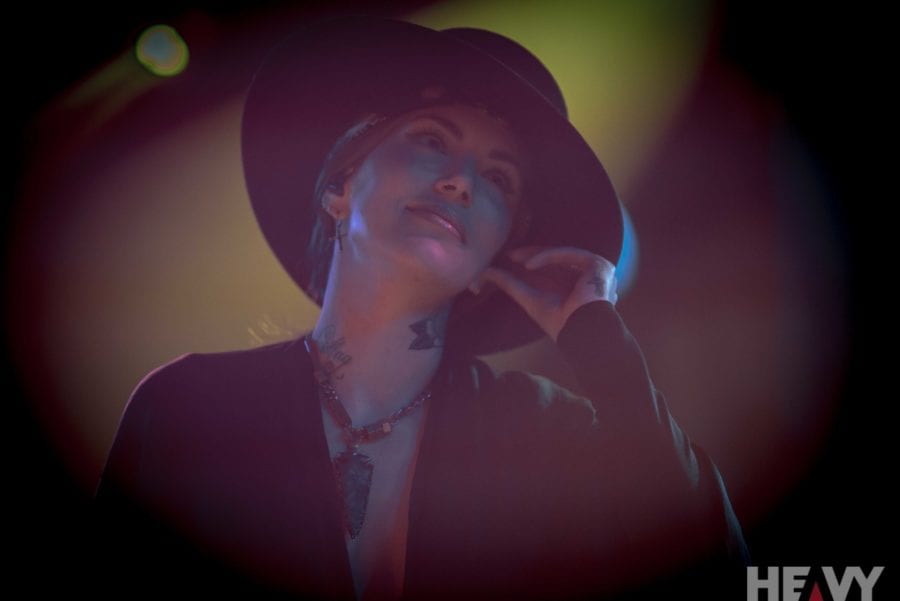 It’s not a song that many casual Dorothy fans in attendance may have been all too familiar with but strangely enough it worked as an effective show opener.  With it’s catchy chorus that invites audience sing-alongs as well as copious amounts swinging and swaying, Dorothy managed to draw the audience into their musically laced spider web from the outset.

Trying not to be captivated by lead singer Dorothy Martin is quite frankly, next to impossible. She’s part Haight-Ashbury hippie chick that you’d feel comfortably talking to about poetry and the simplistic beauty of the wind one minute, and the next, she’d be kicking someone’s ass outside of a biker bar for knocking over her chopper.  Put simply, Martin has more charisma when she’s taking a shit than most humans will ever possess at any point in their entire waking lives.

Despite feeling under the weather the front woman was still able to deliver emotive renditions of fan favorites such as “Raise Hell,” where the power of Martin’s vocals was turned up to eleven and the distortion heavy “Medicine Man,” a track that feels as though it should have been on the soundtrack to Rush, the 1970’s based but 1991 released cop junkie movie that starred of all people, Gregg Allman. 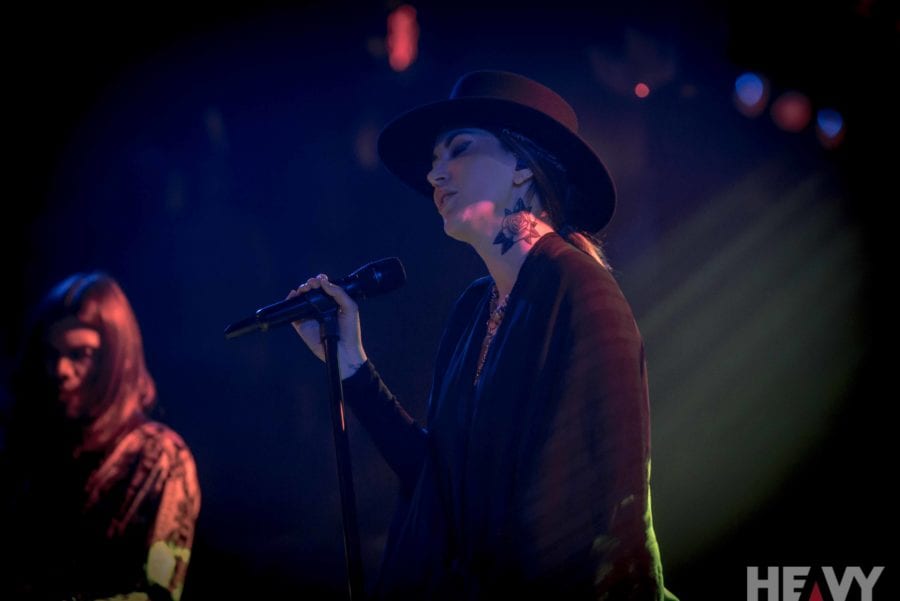 Some folks may forget this fact but Dorothy is a band, not just Martin and a few random roadies and a guitar tech she elevated to play behind her.

There’s legit musical talent in Dorothy and songs played in Boston like “Whiskey Fever” hammered this point home in spades.  Packed with a super charged aggression the song was a tornado of blistering riffs from lead guitar player Owen Barry as well as furious baselines courtesy of Eliot Lorango.  At one point I literally thought that Lemmy from Motörhead was going to come back from the grave and jump on stage to close the song out with the band.

One of things that makes Dorothy work so well as a live act is Martin, albeit the star of the show, gives her band time to breathe as well as the space to let their contributions leave a lasting impression on any audience they may play to.  This condition was put to great affect as Dorothy brought the show in Boston to a conclusion with a fiery take on one of the stand outs from 28 Days in the Valley, “Freedom.”

As the song and the night seemed to be ending as Dorothy waved goodbye and made her way off stage, Owen, Lorango, guitarist Eli Wulfmeier and drummer Jason Ganberg launched into an extended power house of a jam that left jaws dropped and and the entire audience in Boston begging for more. 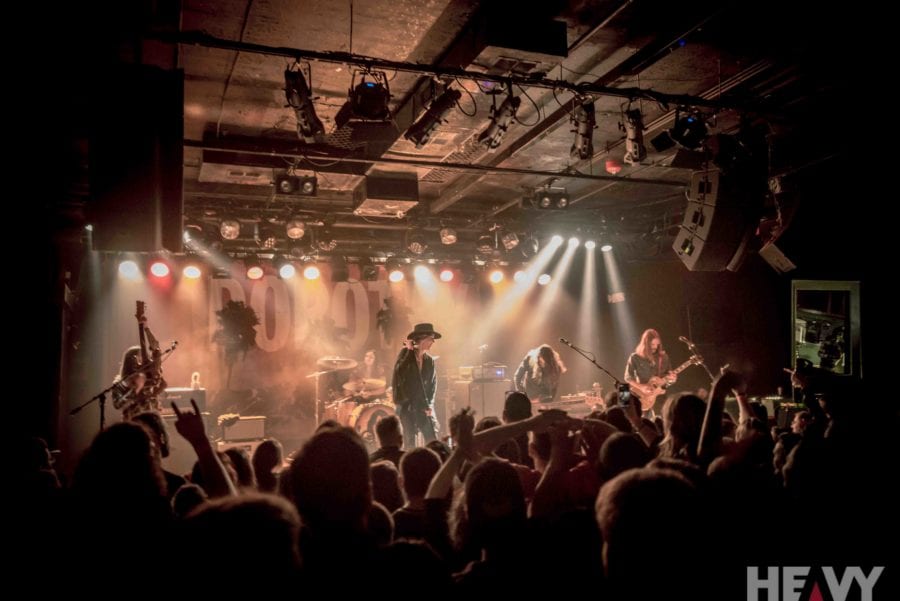 With her incredible voice, time less vibe and Mike Jagger-esque charisma Martin would be a force to be reckoned with as a solo artist. Credit the singer for enlisting a band of like minded, beyond talented brothers-in-arms for the 28 Days in the Valley recording and tour cycles.

As a united front Dorothy may never save the world but as rock and roll band, they may very well kick the shit of the entire planet’s inhabitants, or at the very least, those wise enough to pick up a ticket to their next live show.