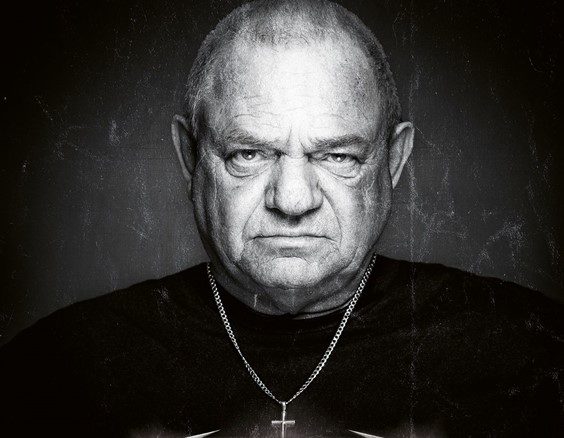 Starting his distinguished career as vocalist for Accept, he continued pushing with projects U.D.O and Dirkschneider to firmly establish himself among the greats.

Musically, Udo is an enigma, a man who has consistently and successfully done things entirely his own way, which is an increasing rarity in the modern age of music.

Now, reflecting somewhat on his career, Udo has released a 17 track covers album of songs and music that are dear to him personally.

Covering bands such as Uriah Heap, Rainbow, Motorhead, Scorpions, AC/DC, Judas Priest and Queen, Udo has stamped his own mark on each of the songs without impacting the beauty of the original versions.

It is an undertaking as breathtaking as it is ambitious, and one which few musicians would attempt, let alone get away with.

HEAVY caught up with Udo this week to chat about the new album, appropriately titled My Way.

“It just, in a way, happened,” he laughed. “We had some studio time so we just did one song – I don’t want to say for fun – but to see how it worked with my voice, and then we did it and the song came out great. Then we started talking about maybe would it be possible to do a whole album? Yes. Then the producer and another guy said to make up a list of all the songs I think I might want to do so I made up a list and here we go. 17 songs now on a cover album. These songs are songs I chose for the album. Not songs that inspired me, it’s more personal songs as a person, not as a musician.”

In the full interview, Udo runs through the song selection process, why now is the right time to release this album, the personal nature of the songs chosen, a run down on most of the tracks and why he chose them, touring plans and more.

PrevPrevious.Defying The Weight Of Expectation With ENVY OF NONE
Next.THE PUNCHER SHOP Drop SingleNext