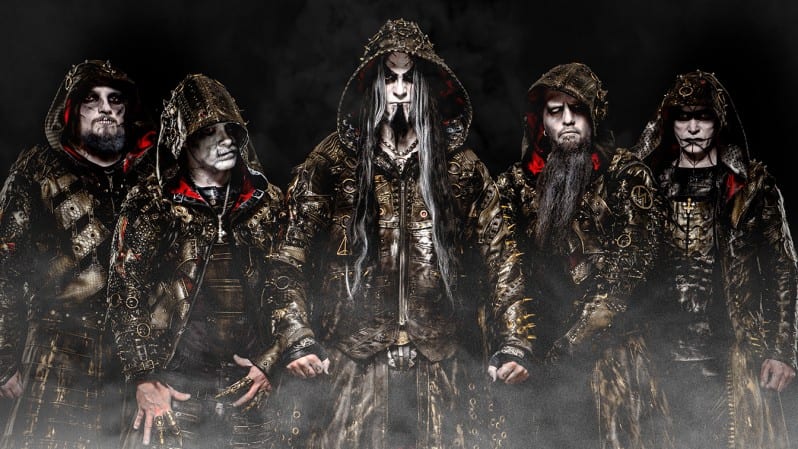 Australia’s blackened death metal machine EARTH ROT have landed the main and
only support for the massive upcoming DIMMU BORGIR tour in October. With an
old-school undercurrent and a sense of grim relentless groove. It is
hateful, harmful, sinister and melancholy noise shaped by the world around
you.  Since the early stirrings in 2014, Earth Rot have pulled no punches,
recording, releasing and touring at full speed across Europe, Australia and
Asia and show absolutely no intent of slowing down.
From the dark corners of Norway, the beast has surfaced. After 25 years, the
world’s biggest black metal forge, DIMMU BORGIR, invades Australia & New
Zealand for their first ever headlining tour. Casting shows that will
viciously attack your senses whilst pushing them to their ultimate limits
and showcasing the might and power of one of the most influential acts of
the genre.
‘Australia! It’s been a long time coming and believe us when we proclaim
pure excitement in returning to perform for you, our supportive fans! And,
New Zealand, it’s with a pleasure that we can finally announce our first
time to your shores – let’s make it a very special happening! We have all
been waiting impatiently!’ See you all soon! – Silenoz/Dimmu Borgir 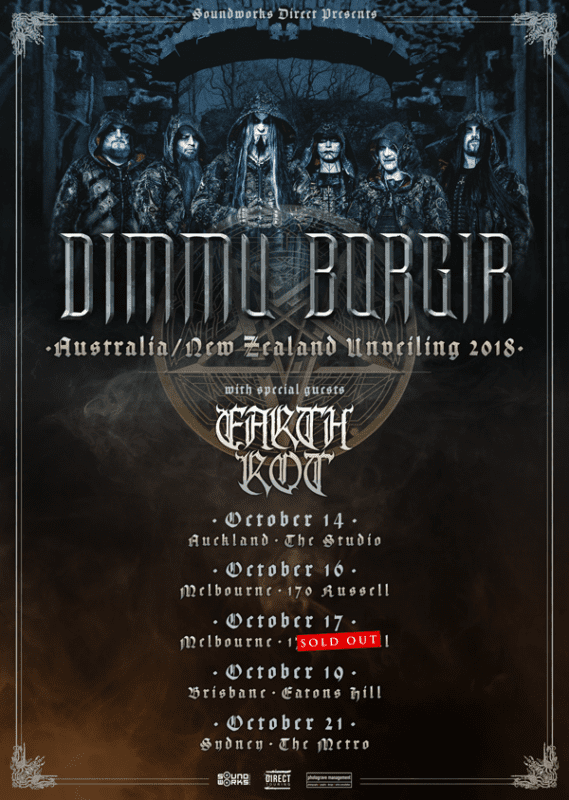