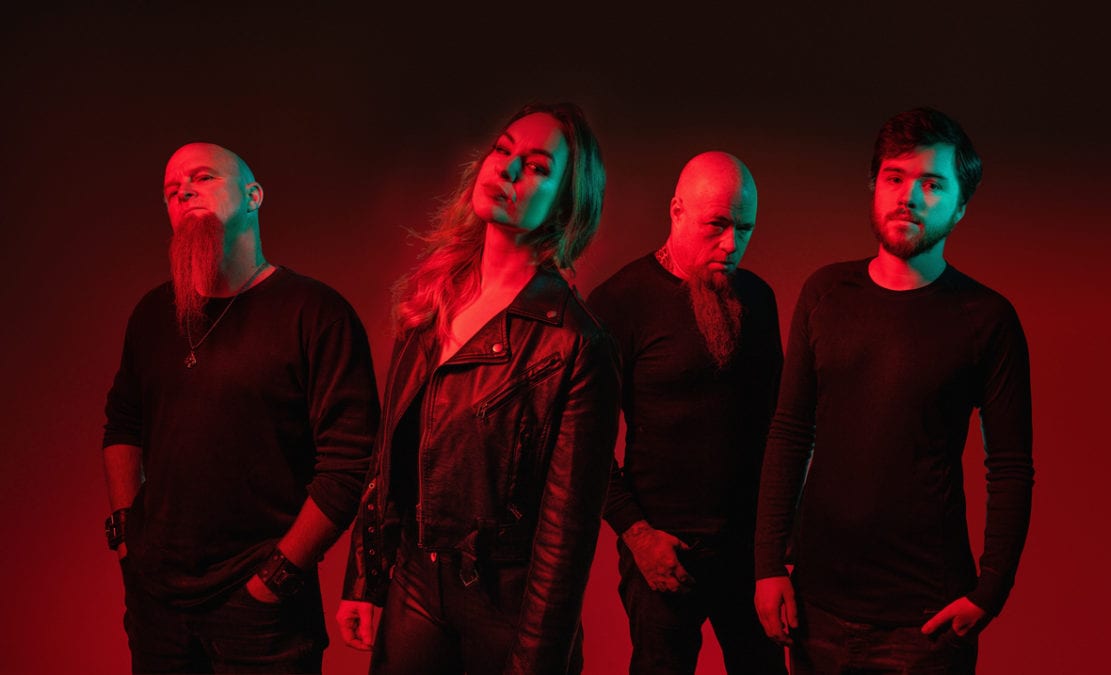 The unstoppable DEVILSKIN unveil “CORRODE,” a monstrous new video, single and details of their long awaited fourth album.
The New Zealand four piece–who have toured with the likes of Slash, Halestorm, Motley Crue, and Disturbed–have announced their new album, titled RED, which will be released worldwide Friday April 3 on all formats across all platforms.

RED is the universal colour of passion, vitality, blood, danger, romance, anger, horror and love. Everything evocative. Of all the colours, RED is a warning and a statement.

“We wanted to reflect the diversity, strength and depth of the songs on the album with an undeniable declaration.” Says Devilskin bassist Paul Martin. “We are so very excited to share these songs, we are extremely proud of how far we have come and what we have achieved with this recording.”

The single “Corrode” encapsulates the red theme perfectly, its angsty lyrics tell of being completely overwhelmed and submerged in grime and stress. Fighting your way through it all and rising to ask for help. Directed by Alex Hargreaves (Alien Weaponry, Beastwars) filmed and edited by DOP Piotr Ziomus (Kwasnik Pictures) the video is powerful, confronting and evolves to show the bigger picture that we don’t always see in our own lives. Martin continues, “Perspective is so important, more-often-than-not, the difference between our happy places and our darkest spaces is just the angle we are looking from. This song is about the journey and the challenges you need to face when you feel lost. It’s saying it’s fine to ask for help.”

““We really took our time with RED, “Martin enthuses, “we had the vision and we knew it had to be done right. The songs each have so much life and we felt a real duty to do them justice. There are some really personal and very real moments on this album. We absolutely did not hold back, there are songs about struggle, depression, suicide and loss and there are songs about strength, hope, victory and love. We demoed almost 30 songs for this album so we had a lot of work to do to narrow the list down. One of last songs we wrote, it almost missed the cut too, but the throat punch we call Do You See Birds opens the album and sets the tone on a real rollercoaster of a ride. We felt it was especially important to give the listener a total immersive experience from start to finish. There’s lots of mood, colour and texture in the songs as well as between them. It’s a trip.”

The amazing response of the first two singles “Endo” and “All Fall Down” show the promise this album holds. Both songs receiving high rotate radio play and amassing serious numbers online.

From the epic moodiness of “Blood & Bone,” the caged rage of “Same Life,” the visceral impact of “The Victor,” to the poignant beauty of “Sweet Release,” the resplendent grandeur of “Bright Lights,” right through to the swagger of “Be Like The River” and the manic fury of “Everybody’s High But Me,” Devilskin have bared their soul with their finest performances yet.

The album will be released digitally on all the usual formats, physically via CD and LP and there will be a limited edition deluxe box set.