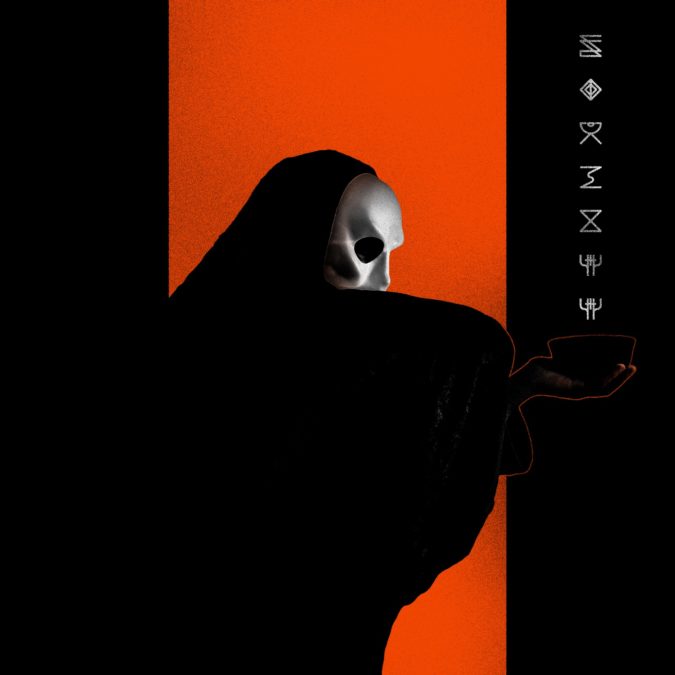 Devil Electric are a rare band in that they derive their musical power from an era that to many is that one step too far back to be palatable.

Personally, I find if it is done well – by that I mean with genuine passion and meaning – 70s rock maintains its flavour, especially when you throw in the fuzzy guitars and hazy tones for effect.

From the start of opening track I Am it seems evident that Devil Electric definitely fall into the above criteria.

It’s hard to explain, but with this music you can feel if someone is merely going through the motions. 70s rock has a life of its own and can’t be half assed for fear of being caught out, and that most assuredly won’t be the case on Godless.

Down tuned chuggs abound, Pierina O’Brien’s sultry voice acting as the anchor between worlds and is almost entrancing at times.

Already I know if I closed my eyes, I would be transformed to a dark, dingy musical basement, smoke billowing and rising from the floor into a hypnotic haze of riffs and extravagance that can only be achieved with harmonious bliss.

All My Friends Move Like The Night picks up the pace a touch while still maintain the essence that makes Devil Electric stand out amongst most other bands in this genre.

O’Brien’s voice is her weapon, carving and slicing through the smog like guitar riffs that play only just above the steady yet turbulent drumming.

Devil Electric are a band who are the sum of all parts, and they have to be to continually nail this material.

Guitar solos pierce the sky while the rhythm toils dutifully away in the background creating a sonic layer of intensity amid delicate interludes that bob and weave to its inevitable conclusion.

Mindset pretty much sums up what Godless is doing to me right now. It is putting me in a mindset with vulnerability is comfort and solitary confinement more a blessing than a curse.

This track shows Devil Elecrtric’s rockier leanings, a simple yet effective beat chugging manfully away as the guitars rise and fall in time with O’Brien’s vocals.

Your Guess Is As Good As Mine splats against the wall in a muddled tangle of bass and guitar before the drums interject and separate the warring parties long enough for O’Brien to move in on the action.

This track is different again. Different in timing, tempo, and delivery.

Take The Edge Off does so without a hint of remorse, an up-tempo joyride through the mind of Cheech and Chong without the tiny black dots that double as hallucinogenics.

Now I bring it up, this would be ideal stoner music, and even better LSD music, but unlike some music of this ilk it can also be enjoyed by a sober mind.

The title track Godless appears in all its regal glory and is the standout track so far, which is a considerable feat amongst a collection of tunes that so far has shown no signs of weakness.

It feels a hell of a lot more from the rock side of the paddock Devil Electric graze in, but still maintains that heaviness that only stoner inspired music can give.

I Will Be Forgotten changes direction completely, coming in with acoustic guitars and a dreamy, laid-back feel.

Just as it seems Devil Electric are about to get on my bad side and force me to listen to a doom ballad the pace picks up and the sludginess returns like a cement truck, strangely lifting the weight of impending dreariness by delivering just that. When I say dreariness I mean that in the most positive way possible. This music is meant to be morose and thick with despair. If it wasn’t it simply wouldn’t work.

About three quarters of the way through, I Will Be Forgotten pulls back drastically, retreating into a slow burning, deliberate final section that creates an even darker air of ambience before finishing with a flurry as if to wake up anyone who got too lost in the music.

Final track The Cave throws a major curveball into proceedings, drifting to life with a blues driven beat that showcases the sultriness in O’Brien’s vocals.

This track could be lifted straight out of a 60’s gangster movie set in the seedy blues underworld. Primarily vocally driven, the guitars and drums interject at well placed junctures, almost teasing a sonic resurgence before retreating back into the blues bar amid a haze of smoke and sludge.

The Cave is almost epic in stature, a pulsating combination of everything that is good about Devil Electric and this genre of music.

If I didn’t know any better I would think they were just showing off.

And, honestly, who could begrudge them if they were?