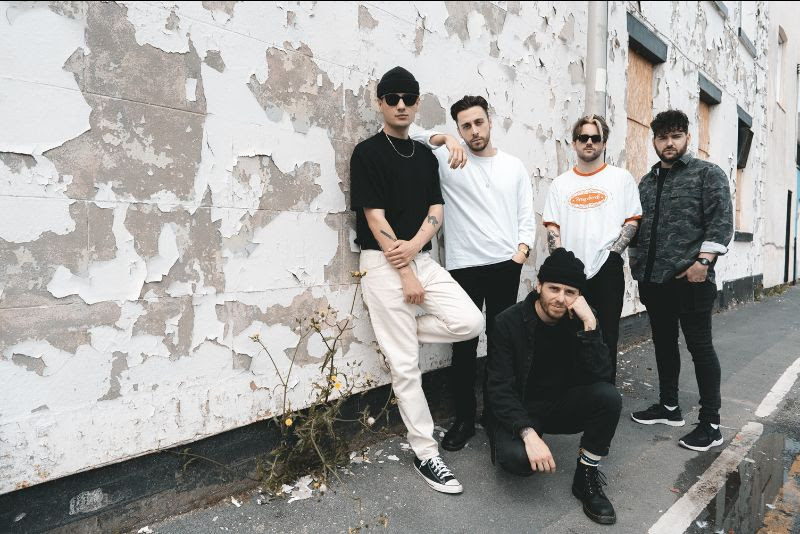 Blackpool rock outfit Boston Manor are riding high on the back of their recent EP Desperate Times, Desperate Pleasures ,which highlights generational change in the modern society we all live in and with.

It is an EP about dealing with the cards life has dealt us in a positive light, especially in the current turmoil the vast majority of the planet finds themselves drawn into.

It is somewhat of a step into unchartered territory for the band, with a more expansive sound hinting at a more grandiose future for a band who many see as already being at the top of their game.

Guitarist Ash Wilson joined HEAVY to chat about the EP and its musical pedigree, starting with the band’s claim they wanted to make something that was heavier, but still accessible.

“We’re at that point in our lives now where we’re kind of like let’s not think about genres so much and lets just write a song, and if we think that song is good then it stays on the EP. I feel like that’s what snowballed into the album.”

Desperate times, Desperate Pleasures is the fifth EP released by Boston Manor, as opposed to just three full length albums. It seems as people’s attention spans get less and less, bands are slowly gravitating towards the shorter format, a point which Wilson at first struggles to explain.

“I have no idea”, he laughed. “I’ve kind of grown towards the idea of more of an EP format, but I’m a big album guy. I know a lot of people like listening to the records from front to back, and I’m one of those people, but I do feel like kids these days with stuff like TikTok where every video is 10 or 20 seconds… I think kids don’t have the same attention span. People can’t sit through a full record, so an EP might be a little bit more digestible for them.”

In the full interview, Ash talks more about the sound of the EP, the future direction of the bands music, experimenting with music, surviving COVID and more.