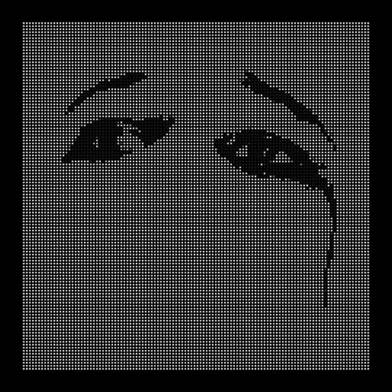 It’s hard to think of Deftones (technically) being a band from the late 80s! After all the (then) four piece from Sacramento, California were stenciling out what would become the quintet which we all have had the pleasures of listening too from our various audible devises/ equipment which just like the band have evolved over the last 30 plus years as well. Before moving on from the history lesson it must be pointed out that Deftones has now existed in five different decades, how’s that for longevity?

So here we all are, us seasoned Deftones fans with studio album number nine in our hot metal mitts! Note: It took everything to not add in a “Engine No.9” pun right there, insert sincere apologies here.

Ohms sees a major return for Deftones in the ways of its producer, the one and only Mr. Terry Date. A man who produced: Adrenaline (1995), Around the Fur (1997), White Pony (2000) and Self-Titled (2003). Not only is it major in the ways of what this man has helped produce with Deftones but the 17 years it’s been since Deftones and Terry Date names exist on an album together, regardless of opinions on the latest tunes that alone is a gargantuan plus for any die-hard fan for reasons I need not need to explain.

Let’s break it down;

The definition of the word ‘classic’ maybe not quite, but ‘that iconic sound’ is a sure thing, opener “Genesis” is just that “I reject both sides of what I’m being told” by Vocalist/ Guitarist Chino Moreno helps launch Ohms into a state of pure veteran collaboration from the quintet with all the trimmings! Any Deftones fans knows the sound of those endless tales on riffs by lead guitarist Stephen Carpenter and “Genesis“ has it in spades!

Let’s go back to 2016 for a moment, which saw the release of Gore, a more (dare I say) experimental album when compared to its predecessors. “Ceremony” sits in this vein of Deftones songwriting with its dream state vibe throughout. A distinct second snare from drummer Abe Cunningham gives some extra variation to the overall rhythm of this track plus some signature tom roles to boot. One more thing, be sure to listen out for the awesome Sergio Vega bass lick right at the end too! Pow!

Deftones have made a career out of vigorous starts to songs, two that spring to mind straight away are “Elite” and “Korea” off the somewhat untouchable year 2000 release White Pony. To be clear there is no comparison riff wise here but the start to “Urantia” is absolute powerhouse chugg sensation! Just as the listener settles into a near windmill position a giant musical pillow hits one square in the cranium with the track settling into a more melodic yet moody pace. Leading said mood is keys by Frank Delgado who has always had a serious knack of delivering that appropriate/ complimenting layer over his twenty-one-year tenure in the band.

What’s your favorite memory of a live set by Deftones? Though the quintet has countless tracks that transpire beyond comprehension in a live setting they have a new one to add to that ever-growing list with the fourth track “Error”. This track is solely built around a cardio workout for a punter as it dips and weaves from leading breaks to straight-up timed (entire crowd) bounces to the main beat! With lyrics like “We are gliding above the planes, dripping honey that prances through our veins” we all know that vocalist Chino Moreno has his usual metaphorical goggles on tight and it’s so darn good!

The sheer beauty of dropped tuning and atmosphere that can (almost) be seen with a naked eye is present during “The Spell Of Mathematics” this making for the midway point for Ohms. Yet again Deftones have accomplished the goal of not painting with one brush throughout the writing and recording process of an album. Best one sits back and shuts their eyes by the end of this track, right around the time the sexy finger clicks become audible. Be sure to keep those eyes shut as you slip into the subconscious state of “Pompeji”. A smooth continuation of previous track pace wise “Pompeji” may not grab some listeners from the get-go as it does lend hand to a more drawn out mid-section to the album. One must remember or may have realized by now that Ohms is taking the listener on a journey and the road has many surfaces!

Some may not agree here but there’s a certain vibe on “This Link Is Dead”, it sits in the vocal progressions just before each chorus, the effect and the build-up has a similarity to the track “When Girls Telephone Boys” off the 2003 Self-Titled album. And just like that track it too is a sleeper/ dark horse on the album as well! This being the punch back into first gear that Ohms really needed as we head towards the later tracks on this seasoned release.

Hey bass players! Yes, you! Please rejoice and marvel in the opening and rhythm of track eight “Radiant City” similar the earlier track “Error” it too settles into a peppery pace that will see feet moving on beer-soaked dance floors around the globe! Sonically the chorus on “Radiant City” is really uplifting as in grab your mates, put your arm around them and give them a peck on the cheek uplifting! Gosh darn, this track feels good on the eardrums!

Metalheads and lovers of heavy music have an inbuilt mechanism to know when to turn that sound system up just that little bit more so that the speakers cones just about implode on themselves. Mark my words “Headless” will be responsible for said (potential) damage of sound systems around the world as it’s droning main riff repeats over and over during each verse before launching off into more percussive swells later on.

What band can release the first single on an album that sits last on the album and have everyone be more than okay with it? Answer: Deftones. Title track “Ohms” is a finisher track in every sense of the word and give strong evidence that the band is still ever growing/are able to grow and venture into slightly different territory whilst keeping the style that is ALL but their own.

Do yourself a solid service, listen to this album from start to finish over and over and relish in its coordination of truly unique clusters of sound. Listen to it on multiple devices in multiple settings to capture its true essence.

With no surprise whatsoever, Deftones have done it again! Bravo!