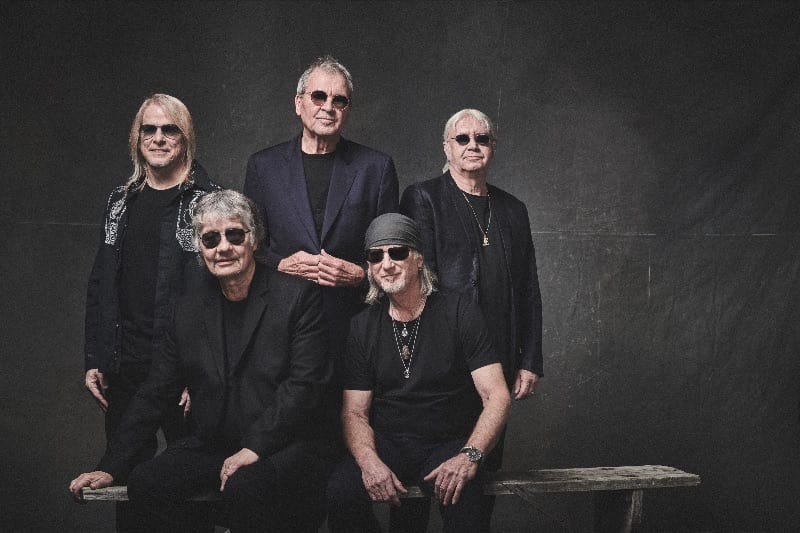 With “Man Alive”, Deep Purple delivers a perfect example for the versatility of their new album. The band explores their progressive-rock side while, once again, Ian Gillan shows his passion for storytelling.

After exploring the boundaries of time and space with the video for “Throw My Bones”, the first single of “Whoosh!”, Deep Purple step into the next chapter on their way to the release of the new album and again keep their fingers on the pulse time. The new video is both, a declaration of love to Mother Earth as well as a concerned look into the future.

Deep Purple’s brand-new studio album “Whoosh!” follows their worldwide chart-topping albums “inFinite” (2017) and “NOW What?!” (2013). For the third time, Deep Purple joins forces with producer Bob Ezrin, and together they created the most versatile album in their collaboration, “stretching out in all directions” without any limitation, letting their creativity go.

“Deep Purple is putting the Deep back into Purple” was the half-joking motto in the studio after the first songs made it clear that Ezrin and Purple were on a path to creating an album pushing the boundaries of time, while voicing their resentment about the current situation of the world and addressing all generations.

“Whoosh is an onomatopoeic word that, when viewed through one end of a radio-telescope, describes the transient nature of humanity on Earth; and, through the other end from a closer perspective, illustrates the career of Deep Purple.” – Ian Gillan

“Whoosh!” will be available as Limited CD+DVD Mediabook (incl. the 1h feature “Roger Glover and Bob Ezrin in conversation” and, for the first time, the full live performance at Hellfest 2017 as video), 2LP+DVD Edition, Limited Box Set and Digital on August 7 on earMUSIC.