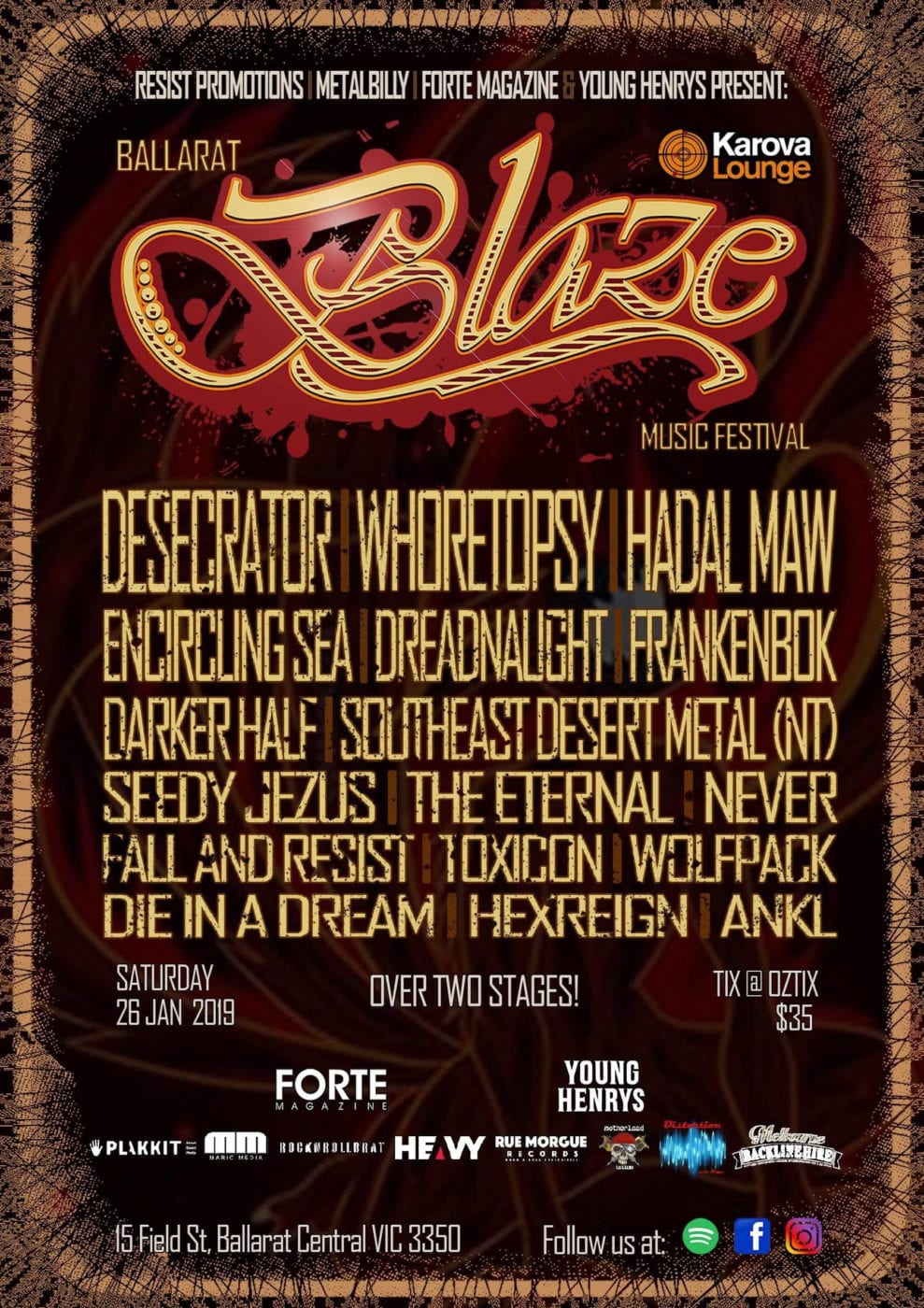 Due to circumstances beyond Blaze Fest’s control, Melbourne rock and rollers, Dead City Ruins have had to pull out of performing at the fest. They will not be replaced, the final line up is as per below.

January 26, 2019!
The All Aussie Line up features 17 Local and National Touring acts playing over two stages at the Karova Lounge in Ballarat.
Blaze Fest has something for every kind of heavy music fan. From the thrash riffage of Desecrator and the technical death metal of Hadal Maw, to the all out assault of gore inspired death metal from Whoretopsy. Sydney’s Darker Half will be there flying the flag for traditional heavy metal as will ‘the most isolated metal band in the world’ the NT’s Southeast Desert Metal.

Doom and Sludge fans get a look in via psyche rockers Seedy Jeezus and two of the nations longest continually running metal bands Dreadnaught and Frankenbok, names synonymous with the Aussie metal scene, will be solid crowd favourites.