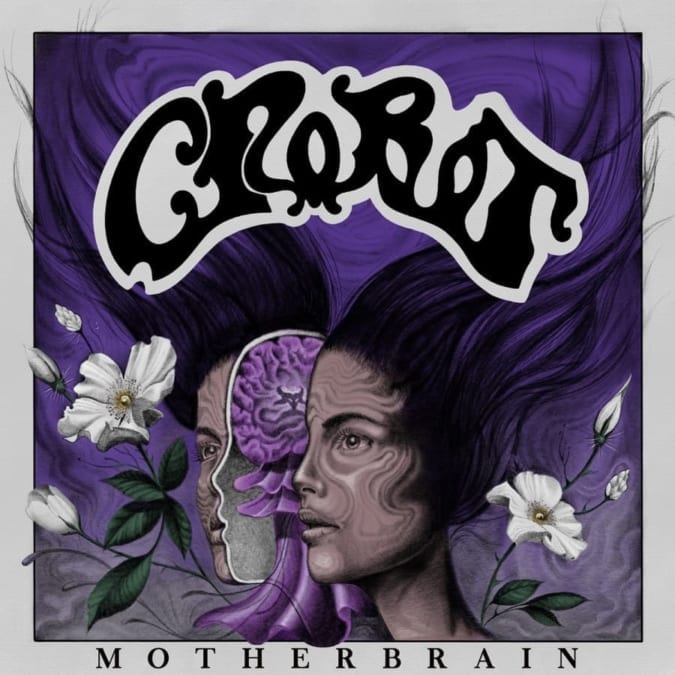 Hold on to your butts, kids, because Crobot have returned with a brand new album and it brings a T.Rex-footsteps level of heaviness. The upcoming Motherbrain is the outfit’s first LP since 2016’s Welcome To Fat City, their first album released via Mascot Records, and their first album since the brothership of rhythm, drummer and bassist Paul and Jake Figueroa, departed the band. It’s also the first album Crobot have crafted with producer Scott Lowery (Seether, Dark New Day, Stereomud), who, by Crobot’s own admission to HEAVY, “helped [them] make one of the heaviest records [they’ve] made” (hear the full interview here). Upon listening, this certainly rings true: whilst Motherbrain stays faithful to the trademark Crobot blast of chunky groove, punishingly pummelling rhythm and inflamed vocals, it submerges into deeper fathoms of dense shadow.

The album opens with vigorous force via latest single “Burn”, a battle chant of “blood full of chaos, mouth full of mud, bullets gaining rust that I left in my gun” that erupts into a riff of delicious arrogance. Percussion from newbie Dan Ryan beats with warrior muscle against Brandon Yeagley’s snarling vocals and blues harp. As is also true in the jerking colossus of “Destroyer” and the rampantly rhythmic “After Life”, together Crobot form a formidable beast of sound, but one that entices you into a thirst to rip it apart so you can savour each layer that comprises its growl in total isolation.

Motherbrain sees Crobot delve into much more of a Soundgarden-esque facet of their influences. Whilst their past albums have been a torrent of vibrant colour, Motherbrain surges with a flood of jet black, deftly leaden tones in tracks such as “Drown” and “Stoning The Devil”, which scream of the burdensome Superunknown’s (1994) “Mailman” and “4th Of July”, respectively. Even Yeagley’s vocals and lyricism hold glimmers of the Chris Cornell haunt: “can’t stop the sky from falling, I drove the nails through my skin”, he laments in “Drown”.

Yeagley has seemingly explored his capabilities as a singer further than ever before in Motherbrain: from the seductively deep delivery in the verses of “Alpha Dawg” to the hungry-for-blood howls of “Keep Me Down”, and the gravel-drenched, soul-tinged delivery of standout track “Low Life”. Whilst the dense tangle of elephantine instrumentation is an utterly arresting asset of Motherbrain, Yeagley’s vocals tend to take centrepiece; the lightning leading the thunder.

And so it is with great relish that HEAVY concludes that Crobot are back with a bite. Within the first minute of Motherbrain, they declare that they have a “front row seat to watching the world burn” – the catch is that they’re providing the flames.