Counting Your Blessings With ATREYU 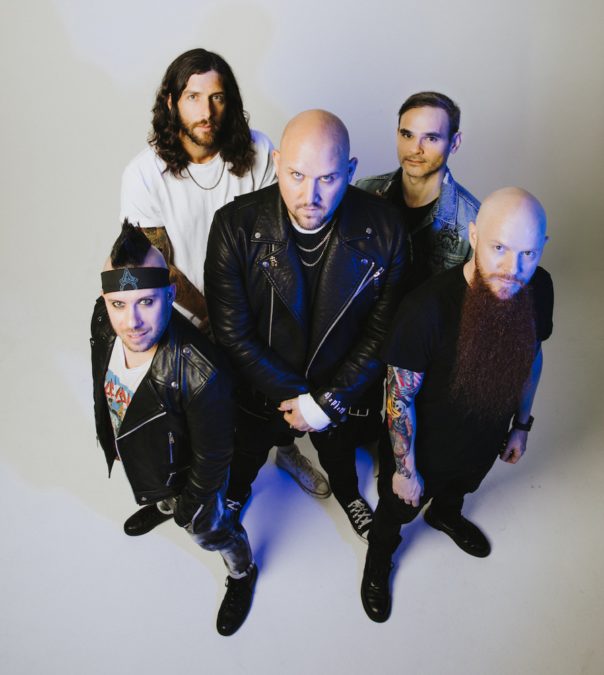 With the recent release of their latest album Baptize, US hard rock outfit Atreyu have also ushered in a new era of music with former drummer and backing singer Brandon Saller promoted to fill vocal duties after the departure of Alex Varkatzas in late 2020.

Saller is no stranger to frontman duties, having first ventured from the sanctity of the drum kit to be lead vocalist for his side project Hell Or Highwater but assuming the duties full time for his original band has seen himself – and the band in general – experience not only a smooth transition between vocalists but also one which has breathed new life into the band after over two decades as a unit.

Saller joined HEAVY during the week to discuss the album and his new role in creating it.

“I think over the last couple of albums with Atreyu the only intention was to go in and make honest music,” he said. “Beyond that – for lack of giving you a vague answer – it’s a timestamp of where we’ve been and where we are right now. I think there’s a lot that people will recognise from Atreyu, a lot of the popular elements of Atreyu, but as usual, we’re trying to push the envelope and take you on a journey that you haven’t been on before.”

One of the first things that is noticeable on Baptize is the increased presence of clean singing and harmonies, a fact not lost on Saller.

“For sure,” he agreed. “I don’t think that was a focus but we love melodies as a band and on this album, which has never happened before, everyone is singing so every member of the band sings harmonies. Our guitar player has his own singing parts on one of the songs and Porter  does a lot of screaming so it’s more like we were trying to push the envelope with this one.”

In the full interview, Brandon tells us about assuming lead vocal duties and how fronting Hell Or Highwater has helped with the process, the difference in writing music that you know you are going to be providing most of the vocals on, the guest artists on the album including Jacoby Shaddox from Papa Roach, Travis Barker from Blink 182 and Matt Heafy from Trivium, the rebirth of Atreyu after 20 years as a band, their upcoming American tour and more.