Coming In From The Cold With FRIDGE 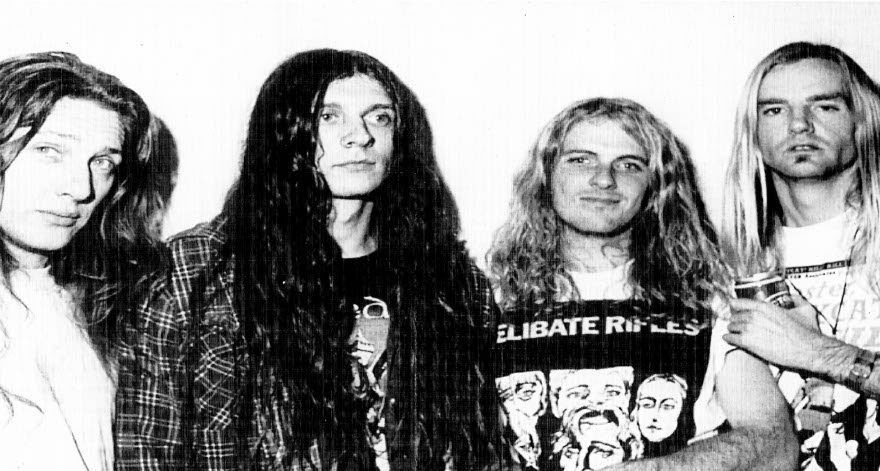 Originating in Tasmania in the latter decade of last century, sludge/fuzz/stoner metal outfit Fridge were a band many considered to be well ahead of their time musically.

Their brand of music – although striking a chord when it first came out – has gone on to almost become a mainstream form of music since, with Fridge and their music quietly becoming the stuff of Australian music folklore rather than the surprise hit they would have been had they come out in the last ten years.

After a succession of quality releases, including their debut album Cactus, Fridge hit the touring circuit playing with a number of high profile Australian bands, with one of those outfits, Tumbleweed, inviting the retired group out of self-imposed defrost mode and back onto the stage to help celebrate their 30th birthday.

It is an announcement that caught the music loving public unawares, but also one which has been warmly welcomed, especially considering it has been 25 years since Fridge played their last show.

Bass player Squiz (King Parrot) and Al Lynch joined HEAVY to chat about the upcoming tour in a candid and humorous interview that pretty much conducted itself.

With Squiz better known these days as one of King Parrot’s two guitarists, we broach the subject of him reverting back to bass with Fridge.

“Abso-motherfucken-lutely,” he exclaimed when I point out I thought I heard him mention bass. “I was swinging the old four strings way before I even looked at a guitar! In fact, King Parrot is the first band I have ever played in where I slung the six string, as probably evident by my recorded output and live shows that are chock full of horrible, anti guitar noise (laughs).”

“I’m enjoying getting back on the fourbies, I tell ya,” Squiz picked back up. “I’ve done myself a mischief already. My pinky hasn’t recovered yet from yesterday’s thrashout.”

While the news of Fridge hitting the road again may have come as a surprise to us common folk, Lynch admits that talks may have been in place a little longer than the general public knows.

“There was whisperings when talk turned to the anniversary thing,” he admitted, “but I was like, no way, this isn’t gonna happen (laughs) but things have changed now and it’s all happening.”

“As with all things lately there’s been hiccups galore with COVID but yeah, we’re on,” Squiz added. “We weren’t sure what rules and conditions would apply to particular places – it’s a logistical nightmare doing anything these days.”

“That’s the other thing,” Squiz laughed.

In the full interview the boys discuss why now is the right time for a Fridge run of shows, what the band members have been doing since they last played 25 years ago, if this is a one off tour or bigger plans are afoot, some old tour stories with Tumbleweed and the possibility they may have played with Faith No More, the bands sound and how it has become popular over time, what to expect from the shows and more.