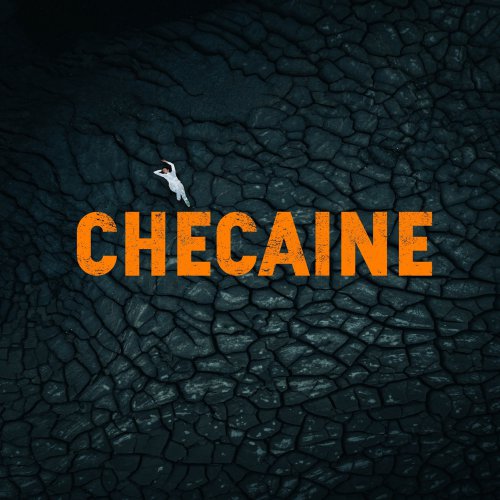 New Zealand rockers Checaine are an old school type of rock band. No bullshit, no fillers, and loads of grunt.

After releasing four of the five songs on Black River as singles, Checaine have now packaged them together for your listening pleasure, so to celebrate I thought I would have myself a wee listen.

Alchemy kicks the EP off with a nice guitar lick that gives way to an underlying sense of menace that is tempered by the soothing vocals of Fraser Coombes as he eases his way into the number. Nice harmonies – a feature of Checaine – elevate the track in the early stages before a quickened drum roll announces the shift to second gear.

There seems to be a lot going on here without becoming a muddle which is harder to do than you would think.

A good friend of mine once said “it’s not what you put in to a song, it’s what you leave out” and this has never been more evident to the music I am listening to now.

While still rocking in all the right places, Alchemy also doesn’t get lost in its own self importance, allowing the track to breathe and, in doing so, create a life of its own.

I hope Asleep At The Wheel isn’t pre-empting a response, but something tells me it will be quite the opposite.

With a vocal intro over crackling noises, this track automatically has an older feel about it, the comforting tone of Coombes doing nothing to dispel that belief.

The song lurches along, an old school Alice In Chains type vibe rolling through proceedings, with enough lashings of Checaine to elevate the track beyond a trip down memory lane.

This track flows smoothly enough, with occasional flashes of quickening threatening to explode before retreating back into itself and turning into a nice paced ballad of sorts that never quite slips deep into that territory.

The timing and tempo changes three parts of the way through are the sign of a band confident in their ability and direction which translates to pure gold for the listener.

The title track Black River is up next, and kicks you fair in the proverbials with an up tempo rock intro led by a guitar attack with more than a little meat still hanging from the bones.

We hear a different side to Coombes vocals here, nothing drastic, but enough to convey his range and depth lay beyond more than meat and potatoes rock.

This track bounces along at an energetic pace and has elements of early Incubus (vocally) in patches. And I fucken love Incubus.

So far this collection of songs is a masterful cross section of rock through the last three decades, drawing influence from some of the heavyweights but stopping well short of imitation.

Checaine have obviously spent considerable time honing these tracks rather than rushing to commit anything to disk and it shows.

Remedy has by far the biggest punch so far, driving into gear quickly without feeling the need to shift gears in conventional manner.

The drumming here is the feature, dictating terms while Coombes eases his vocals over the top, alternating between high, soaring notes and measured, quality moments.

This has to be my pick of the bunch so far, although each track more than holds its own against the others.

A wicked guitar solo lifts the song into overdrive before quickly pulling back momentarily, seemingly just to change tone.

A slower, almost spoken word passage atop a solid drum beat adds substance to the song and again highlights the musical experimentation encouraged by Checaine.

Water’s Edge rounds off the EP, and would have to be pretty ordinary to leave this reviewer feeling cheated.

Of course it isn’t, easing to life with a nice bluesy intro that quickens slightly as the song gains momentum and reveals the soft underbelly of the obligatory ballad.

Now, I’m not a fan of the old ballad, but, on occasions, manage to make it through one without a constant tirade of expletives and over-use of the phrase “why the fuck”.

This is one of those times.

While I can’t lie and say I loved the song, I also have to begrudgingly admit it wasn’t as painful as ballads tend to be.

I know why bands do them – but that doesn’t mean I have to like them!

One thing is for sure, it hasn’t tarnished my opinion of Black River which is an awesome slab of music delivered from a collective of musicians that grows in confidence and belief with each release.

Expect big things from these guys…