Challenging The Universe With SMOKING MARTHA 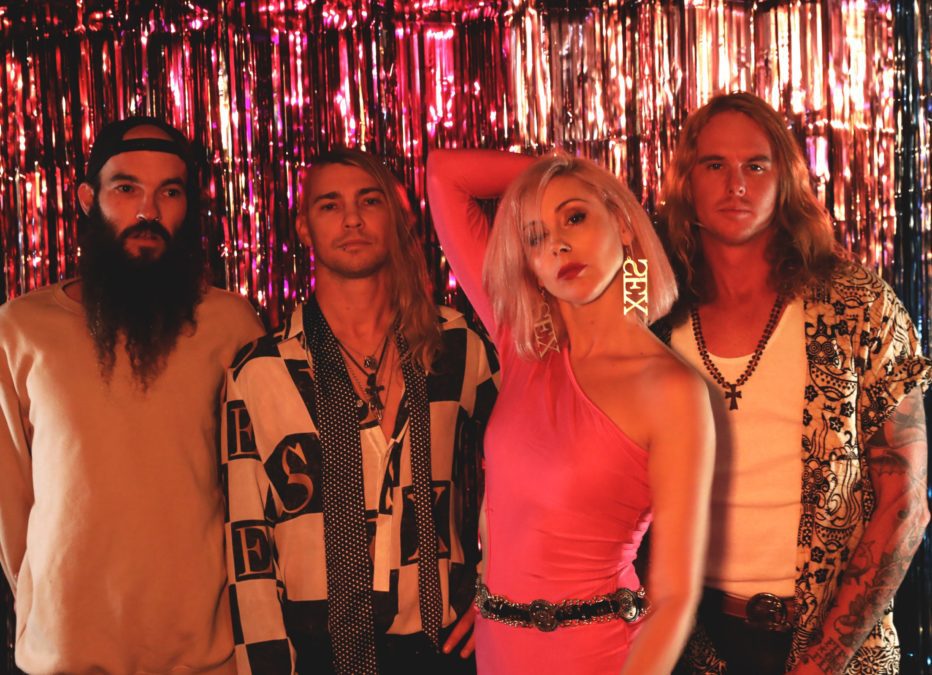 Gold Coast rockers Smoking Martha dropped their second album Universe late last year, and have already slipped back into the swing of things as a band, with COVID finally allowing musicians a bit of freedom again.

Their eclectic brand of rock and punk has an added soulful, occasionally blues-tinged edge, provided by the vocal prowess of frontwoman Tasha D.

Pre-COVID Smoking Martha were amongst Australia’s standout rising stars, supporting bands like Fuel, Everclear, Seether, Saxon, and Sisters of Mercy as well as completing a successful assault on the UK market. Their live performances were building on the back of the momentum gained through regular stage presence, leading Classic Rock to proclaim Smoking Martha as one of the 12 bands to watch.

Despite having their momentum somewhat tempered by recent events, Smoking Martha have started 2022 on fire, playing more shows and capitalizing on their efforts in making Universe such a good album.
Tasha joined HEAVY this week to discuss the album and what the band has in store as we move into a new era of music, starting with Smoking Martha’s musical diversity and how it can work against the band rather than for it.

“We always have found it quite hard to find a niche for that reason,” she measured. “I think a lot of people find it hard to put us in a category and that’s also been a hard thing for us as a band going forward because in terms of radio as well as management, shows, and events, it definitely puts us in this almost in-between area. Sometimes it’s good because you can get played here or there and play at a metal festival and people like it, or we can play a rock fest and people will love it, and it’s all fine for that reason. But it’s definitely been a little bit harder to grow as a band to a higher level for the fact that radio in general if they wanna hear rock and roll they wanna hear AC/DC. If they wanna hear punk, they wanna hear The Ramones, but people find it easier to categorize you when you’ve actually got a particular styler of music. I feel like we’ve kind of floated a little bit because no one can find a place for us all the time. That’s been hard and frustrates me because we’ve always prided ourselves on the fact that we are diverse, and we haven’t given in to trends. We just do what we wanna do. It’s a bit disheartening for that reason because you think I just wanna be different, but then being different is harder to find your spot (laughs).

In the full interview, Tasha talks about Smoking Martha’s latest album Universe, its musical direction, the pressures of expectation, surviving COVID, the mental side of having shows postponed or canceled, future plans, and more.

PrevPrevious.THE VULTURES To Launch Single At Mo’s
Next.COLD NIGHT FOR ALLIGATORS Give Us Some Hindsight NotesNext