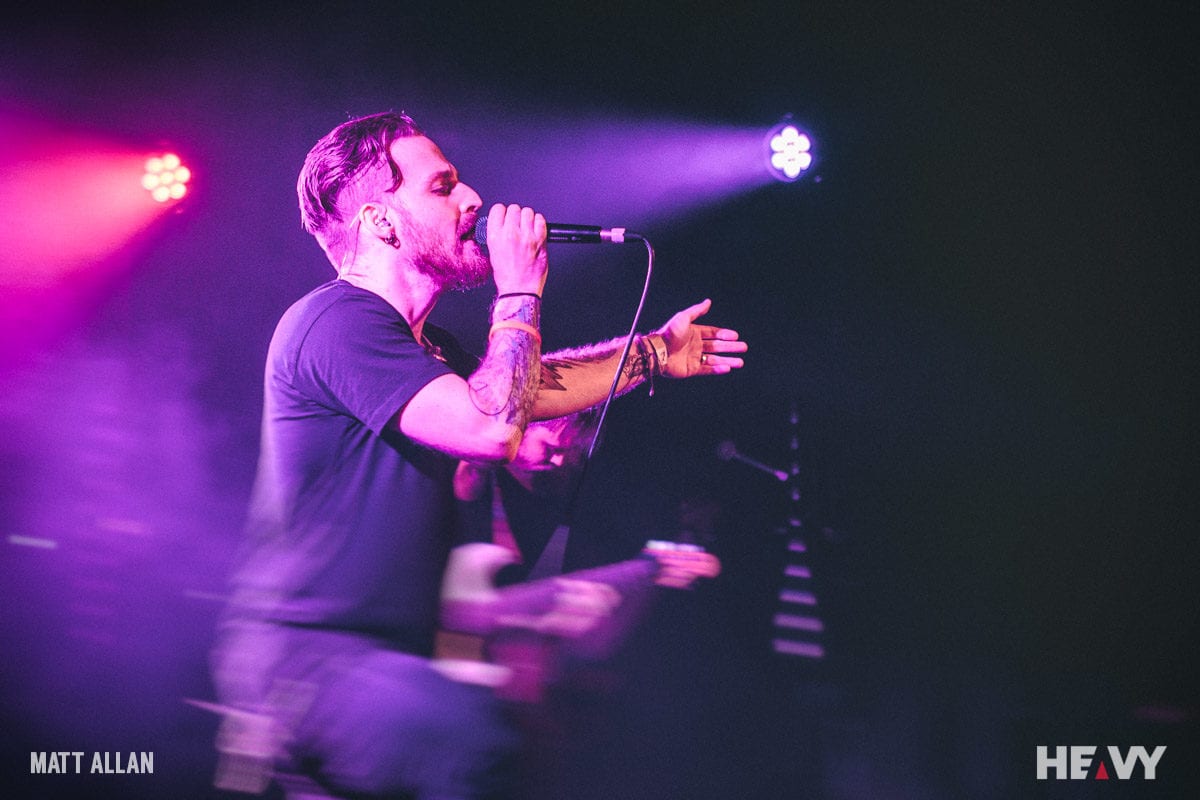 Walking into The Triffid tonight, I was pleasantly surprised to see a healthy crowd already assembled waiting for the opening band to go on. He Danced Ivy was the first cab off the rank tonight, and they hit the stage with a manic energy performing their set encouraged by the positive energy emanating from the audience. The ability of all four members to contribute vocally added depth to the arrangements of the songs. With a little more polish they have the potential to become a great band; tonight, they took a significant step towards that end and most certainly gained some new fans.

Not knowing anything about I Built The Sky except that they are a guitar-orientated three-piece instrumental band from Melbourne, I was unsure what to expect, but they came out, but they were nothing short of spectacular. The guitar work from band leader and composer Rohan Stevenson was dazzling to watch with his fingers flying all over his guitar. Bass player Sam Tan and drummer Joe Taranto, both excellent musicians in their own right, complemented Rohan’s playing and have enabled him to bring his vision to the stage. A combination of unique songwriting and accomplished playing endeared the band to the Brisbane audience, which in turn provided the energy to lift the band to a higher plane. Great band, cannot wait until they return.

Caligula’s Horse returned to Brisbane’s The Triffid to play the hometown show of their In Contact tour. As the final show of the tour, the band were in top form nailing the complex arrangements with apparent ease. Vocalist Jim Grey delivered a strong performance showcasing his range from the ethereal to the powerful.  Drummer Josh Griffin drove the band with frenetic energy and unerring precision throughout the set while bass player Dave Couper locked in seamlessly with Josh and also provided excellent backing vocals. The fingers of guitarists, Sam Vallen and Adrian Goleby, danced along the fretboard; transitioning from heavy to soft, light to dark; guiding us on a journey to experience the full plethora of emotions. With smiles plastered across their faces, it was obvious that the band were truly enjoying themselves and feeding off the energy that the fired up hometown crowd provided.

They took to the stage to be greeted with enthusiastic applause before they had even struck the first cord of the first song. Launching straight into two songs off of their latest release In Contact – “Dream The Dead” and “Will’s Song” – the crowd was able to sing-along, already knowing the words to the new material. With the crowd enjoying every moment, Jim Grey took the opportunity to leap into the crowd and surf his way back onto the stage only to turn around and do it again.

“The City Has No Empathy” once again had the crowd singing in full voice and was followed by “Firelight” and “Dragonfly”. “Rust” was one of the best songs of the night with the double bass work from Josh hammering a hole into the chest, offset by the haunting vocal melody calling for the crowd not to pray for rain but to pray for rust. “Song for No One”, “Into The White”, and “Dark Hair Down” finished off the set with the boys exiting the stage and leaving the crowd calling for more.

Jim returned solo to the stage for the encore launching into a passionate version of “Inertia and the Weapon of the Wall”. The rest of the band joined him for the final two songs, “Bloom” and “Marigold”; sending the crowd into a frenzy. The performance tonight has reaffirmed Caligula’s Horse’s place as an amazing live band, and one of Brisbane and Australia’s premium live acts.

PrevPrevious.SEIMS ‘3’
Next.NAPALM DEATH and Brujeria at Amplifier Capitol, Perth on 08/10/17Next