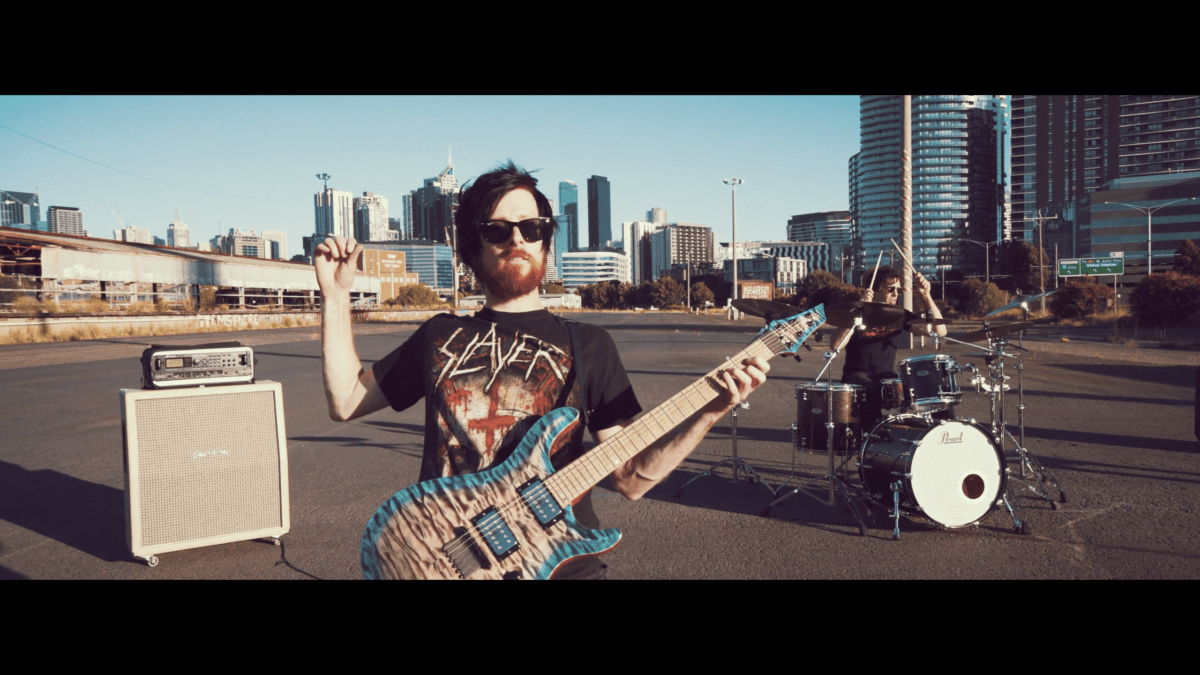 Melbourne progressive instrumental project, I Built The Sky have announced their first ever New Zealand shows, scheduled for this September!
These shows will be I Built The Sky’s first international appearance, ahead of their Europe/UK tour with Caligula’s Horse and Circles.
Joining the band on both shows are local NZ shredders Heavy Metal Ninja’s and Bloodshot.
Friday, September 28: Galatos, Auckland
Saturday, September 29: San Fran, Wellington 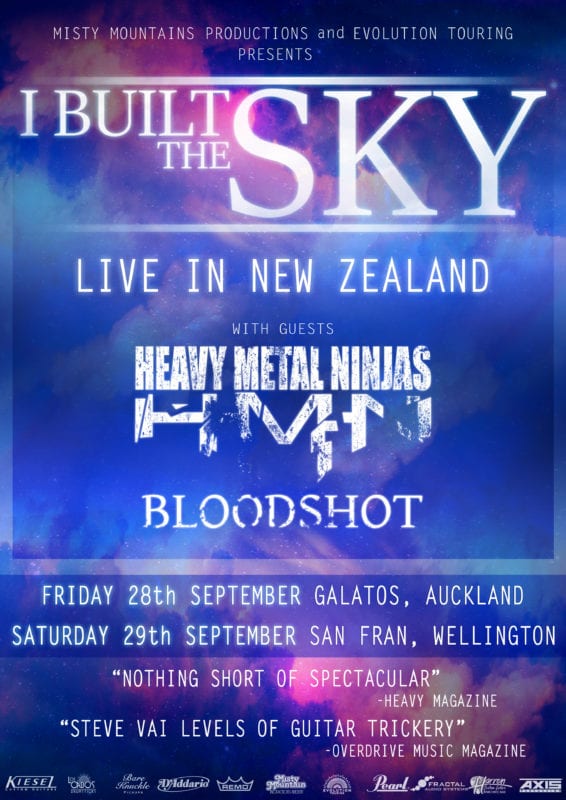 I Built The Sky recently performed two exclusive launch shows in June for new single, Celestial. The Melbourne show was SOLD OUT and Sydney received glowing reviews.
With press reporting “Steve Vai level’s of guitar trickery” – Overdrive Music Magazine and “Nothing short of spectacular” – Heavy Music Magazine. These shows are not to be missed.
****
I Built The Sky is the project of guitar wizard Ro-Han who has been steadily climbing the ranks of the progressive instrumental scene worldwide with the release of the album The Sky Is Not The Limit in late 2016. A steady flow of impressive music video’s continuing into 2018 have strongly supported the release. The most recent music video for Cumulus featured Ro alongside full band line up of Sam Tan on bass and Rob Brens on drums.
I Built The Sky is known for intricate guitar work, hooky melodies and an eclectic mix of tunes from heavy as hell in your face riffage, to stunning acoustic tunes and ambient pieces to drift off to, all intertwined with fantastic musicianship and some tidy production.
Celestial is available to stream & purchase now!
ibuiltthesky.com/celestial
I Built The Sky will be heading to Europe in October, joining Caligula’s Horse on their epic All Aussie Invasion which also features Circles!
Tour Dates and details available via caligulashorse.com
“File it alongside some of the great instrumental rock/metal records of our time”
Heavy Music Magazine
“Go treat yourself to this outstanding album from a guy who can play guitar better than you ever will” –
My Indie Australia
“This Album has it all” – The Brag