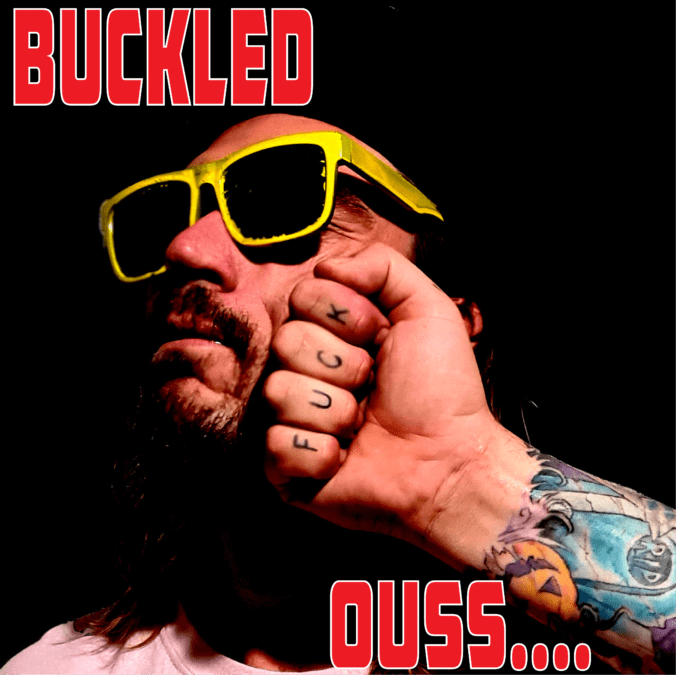 Buckle-up punks because Buckled are about to take us on a 10-minute party starting, cocktail drinking, trouble making journey. At least that’s what this punk outfit from my hometown of the Gold Coast are telling me! I’m always up for trouble making, especially when it includes cocktails and a party, so let’s see if this 4-track release lives up to the self-
proclaimed hype.

Opening track Knock-Knock very quickly brings about an oi-oi punk kind of vibe after pleasantly telling us to fuck-off. 3 chords, rolling basslines and a four to the floor drum pattern keeps us rocking while the vocalist shouts repetitive cuss words at us. 2 minutes later, the song ends by them telling us they don’t give a fuck what I have to say. Great, I’ll keep this honest then.

13 Fucks kicks off with a little thing that reminds me a lot of a band that had some self- esteem issues in the mid 90s. We are reminded that these guys don’t really give a fuck, or at least that’s what they keep telling us. 13 fucks in fact, they don’t give 13 fucks, or take 13 fucks, or something like that. Cool track, not that I give a fuck.

The following track Divided Kingdom come at us more like a classic punk track, but again reminds me in parts of a very well-known pop punk act of the past. This track includes a guest vocalist by the name of Toby Mitchell, who is apparently “Southports OG Badboy”.

Not sure what kind of claim to fame that is, but it’s about as impressive as The Reject Shops daily special. Anyway, I’ve heard this blokes name before and probably know him, but I’m fucked if I can remember the bloke. The dual vocals give this track some extra flavour which make it a little more interesting than your average punk rock track. I’m a little disappointed that they haven’t sworn at me much during this song, but a cool little bass line in the middle of the song followed by a guitar solo makes it my favourite track so far.

The vocalist shouts at us for a bit at the start of Kick-ons before the bass player suddenly becomes Flea and starts playing some funky ass little bass riff, fucking show-off! It actually sounds like there is a party happening in the background of this track, and I’m pretty sure the tracks all about us partying at these bloke’s place. I’d probably get in on that because these guys are as they say a Party starting, Cocktail drinking, Trouble making bunch of punk rockers.

Punk is not really my thing, but I do enjoy it when it’s done well, and these guys do it very well! Hopefully I can catch them sometime down at Vinnies Dive in Southport, and we can get buckled at the Kick-ons at their place!