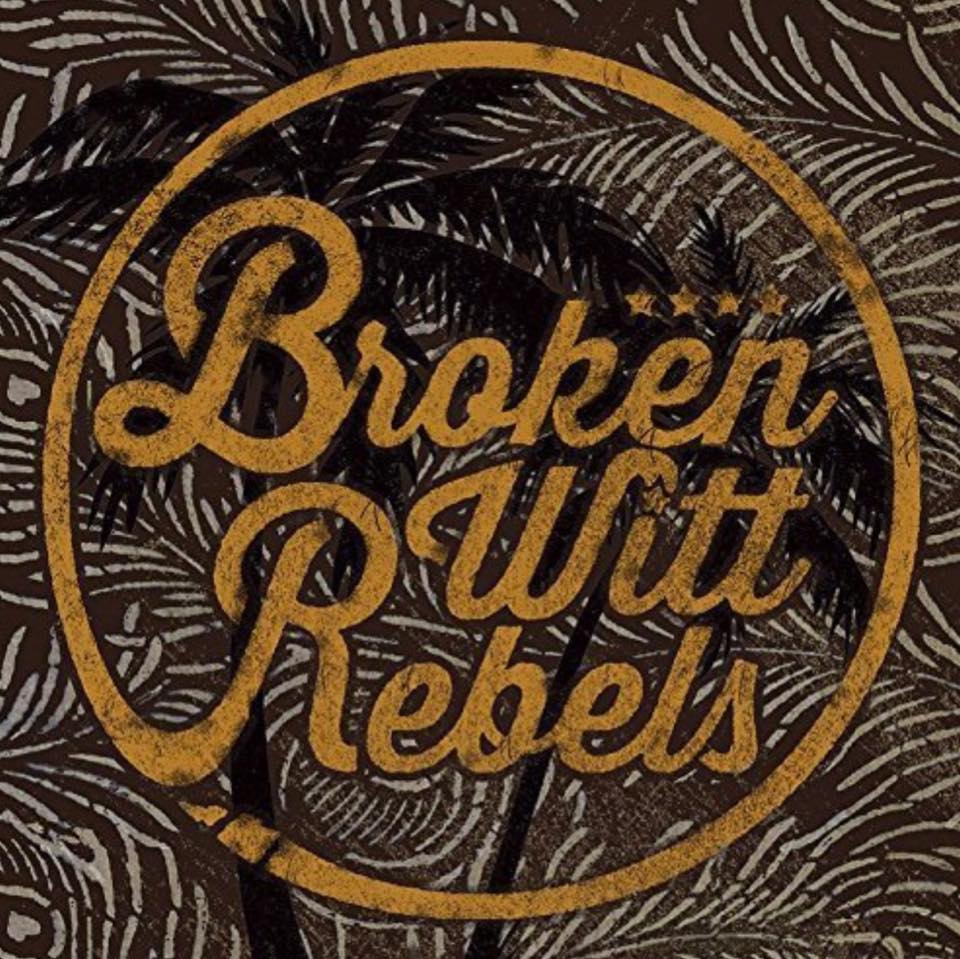 Self-titled albums: the somewhat explicit yet implicit ‘this is who we are’ statement within the musical realm. Some emerge from the curtains late in the show (Def Leppard), some roll their hat off at the first long-playing acquaintance (Broken Witt Rebels). But, much like the way that a baby goose identifies its mothership according to the first being it sets its eyes on, a self-titled album early in a musical career entrenches the yellow brick road fans deem a band to be destined to follow. Get it right, and the Emerald City will appear in due course; get it wrong, and a dead-end of low expectations could present itself. Although recalcitrant by name, Broken Witt Rebels were handed their name by the hands of Fate following a scrap paper combination session with cut-out newspaper headlines. Does the birth certificate of their debut LP album read correctly, or should they investigate a change in name via deed poll?

Opener “Loose Change” certainly starts with all the promise of musical mutiny. Slapping one so quick in the face in a ‘blink-and-you’ll-miss-it’ fashion, “Loose Change” holds all the fast-paced grit of Black Stone Cherry, with the gravel-drenched vocals to match. However, “Georgia Pine” reverts to a warmer shade of indie rock, with skeletal, plucky verses and a wash of intertangled instrumentation, whilst “Shake Me Down” plunges deeper into a safer realm of rock that occasionally rubs shoulders with the likes of Oasis’ “Champagne Supernova”.

There is no doubt that Broken Witt Rebels can weave a true earworm of a riff, as in “Snake Eyes” and “Howlin’”. Whilst they echo the founding soul of rock’n’roll, emanating Chuck Berry tones and the laments of Muddy Waters, the echoes are distorted to the point of being overly polished so that they lack the old-soul charm of these pioneers. Although Broken Witt Rebels are fresh meat on the market, they lack the endearing raw recklessness of their youthful Snakefarm Records companions Tyler Bryant & The Shakedown. There’s an almost uneasy ambivalence surrounding the credibility of their expressed blues rock-tinged torment.

Nonetheless, Broken Witt Rebels is commercially pleasing – although we may lack the feel of rock’n’roll culture, the catchiest elements of this culture’s consumable art has been well and truly brewed, as in “Guns”. Broken Witt Rebels certainly presents itself with shining shards of glory discovered within the rough. Whilst “Breathless” seems to begin with a divergence from what the band appear to stand for; the chorus brings the tinge of a welcoming smile that appears like an ink blot dispersing on the fabric of the skin.

Our little Earth is in need of rock’n’roll outlaws: a revolution rumbling within the innards of the cultural sphere that we can rely on for some element of freedom, much like gin in the period of Prohibition. Broken Witt Rebels may not provide us with what we need, but they provide the commercial root beer substitute that most folks can find pleasantly palatable within the confines of a digressive world.