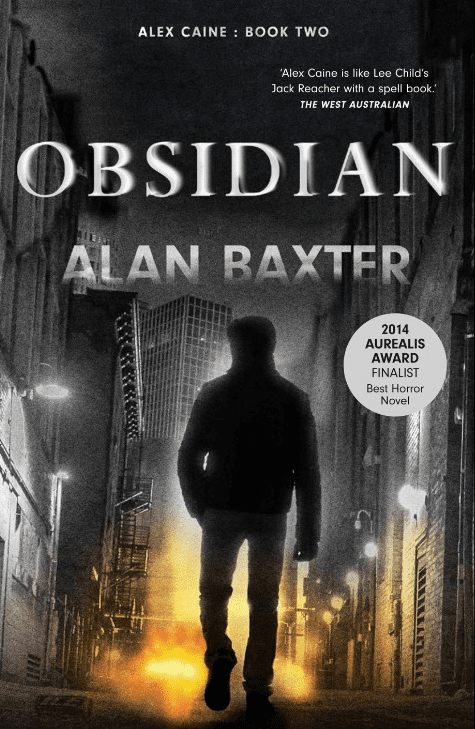 Writing an urban fantasy novel that stands out from the pack is a pretty daunting task, following it up is even harder, but author Alan Baxter has managed to do so with aplomb.

Obsidian is the second novel in the Alex Caine trilogy, a dark urban fantasy tale that weaves a potent concoction of monsters, magic, dark arts, brutal violence and real world grittiness. It equates to an original, volatile mash-up of genres that’s breathtaking, relentless and hard to resist.

Following the events of the previous novel, BOUND, Alex Caine has returned to Sydney, Australia and moved in with his lover, Silhouette, who is an ancient Kin, a part human, a part feline monster who feeds on humans from time to time. Feeling directionless, Alex returns to underground fighting, but after the adventures and life-threatening situations he’d found himself in, everything has felt unfulfilling.

Things change quickly when he receives an offer to work for a secret organisation named Armour, whose purpose is to safeguard the world against paranormal threats. What seems like a fun adventure at first quickly becomes a harrowing journey into a mystical realm known as Obsidian where humans are held under the tyrannical rule of the Autarch. Along with Silhouette, an Armour operative named Jarrod, and Claude Darvill, who is the son of the evil Mr Hood from the previous story, the group must find a way to escape and overthrow the evil ruler of Obsidian and lead the humans to freedom.

A good sequel always manages to succeed by building on what made the original so compelling and Obsidian does so marvellously, it continues the journey of Alex and Silhouette, manages to expand the world around them, introduces interesting new characters, ups the ante on the action and raises the stakes immensely.

Speaking of characters, the handful of newcomers we meet are all interesting and varied. A standout is Jarrod, the hard as nails Maori Kin who has a mysterious connection to Silhouette and the maniacal, hulking Autarch, who uses violence to rule over all. Alex remains tough, no-nonsense fighter with a conflicted morality and his journey from simple cage fighter to magical warrior is great to read, I’m eager to see what’s next for the dark hero considering the choices he’s made in this book.

As in the previous novel, the tale rockets along at breakneck speed with very little downtime, there’s a constant sense of danger and the action sequences are expertly crafted and incredibly brutal, it’s surprising these books haven’t been optioned for the screen yet, although when the rest of the trilogy is eventually released in America, things might change in that department.

While the main story is essentially wrapped up by the finale, there are a few threads left dangling which will no doubt lead into the final book of the trilogy, which now after two stellar books, has a lot to live up to.

Overall, Obsidian succeeds both as a great standalone novel and wonderful follow up to what has fast become a quality urban fantasy series. It’s a lean, mean, no holds barred fist to the face and an absolute blast to read. Highly recommended. 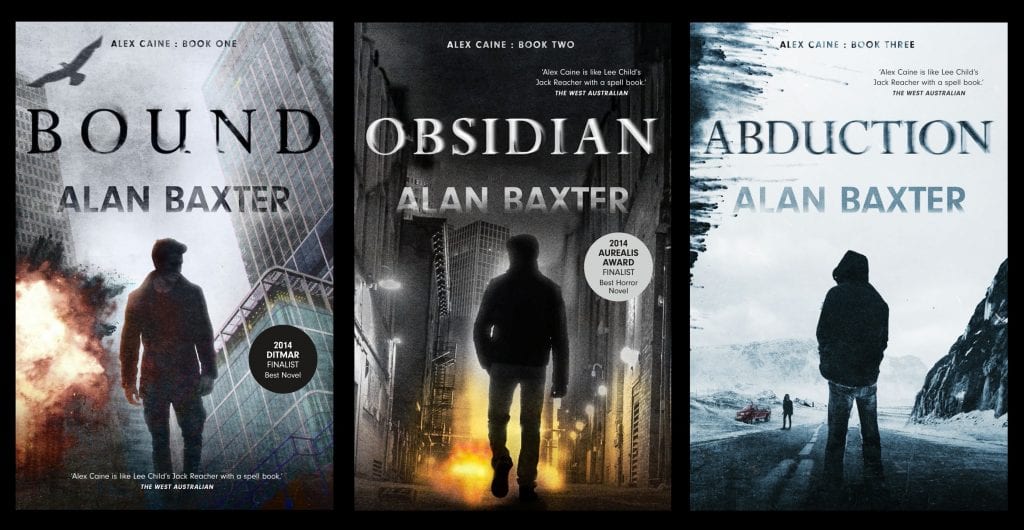