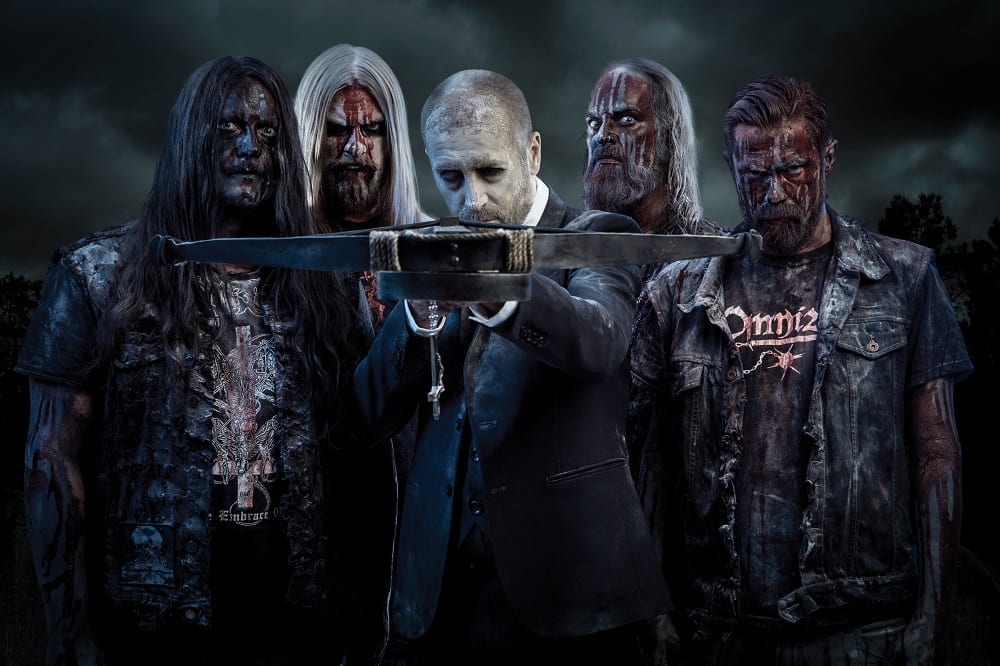 The Arrow Of Satan Is Drawn

Recorded by Bloodbath and Karl Daniel Liden, at Ghost Ward, City Of Glass & Tri-Lamb Studios,during the first half of this foul year of our Lord, the album is the second with Old Nick on vocals. If Grand Morbid Funeral was a thick spray of deathly noise, on The Arrow Of Satan Is Drawn, it is the rotten, fetid state of the world and our inevitable doom that is casting a looming shadow over proceedings.

With world leaders threatening nuclear annihilation in 140 characters over social media, capitalism tearing itself apart, a wilful march into a surveillance state via handy pocket spying devices, a shifting climate that appears to literally be trying to kill us… It’s all fuelled Bloodbath’s newest ode to filth.

“What are we presenting with this album? Humanity’s unfaltering march prone towards downfall,” declares guitarist Blakkheim. “The threat to this world isn’t from far beyond the sun, the enemy is right here, within the walls. Only the god of emptiness will survive us all. The arrow of Satan is drawn!

Right from the opening notes of the scything “Fleischmann”, this sense of impending horror is carved into the music.

The brutal “Wayward Samaritan” is anything but merciful, while “Deader” is a truly morbid workout, and “Morbid Antichrist” summons the spirits of those two classic death metal outfits perfectly. By the time things reach an atomic conclusion on the evil rock’n’roll of “Chainsaw Lullaby”, you’ll have been sucked into Bloodbath’s unholy world forever.

There’s an extra nasty layer on The Arrow Of Satan Is Drawn. This time, among the usual chainsaw riffs and blasts, the darkness of Blakkheim’s words is also reflected in the addition of new guitarist Joakim Karlsson of Swedish black metal plague Craft.

He’s not the only extra face getting covered in gore. “Bloodicide” – quite literally meaning ‘The Killing Of Blood’ – features a full house of British death metal guest stars, with Carcass’ Jeff Walker, Bolt Thrower/Memoriam singer Karl Willetts and Cancer’s John Walker all lending their larynxes to the madness.

“It wasn’t deliberately planned to be just british guests, but as it randomly turned out that way, it became a really cool feat!” laughs Blakkheim. “Nick [Holmes], Jeff, Karl and John are all legends respectively within the UK death metal scene and we’re proud to bring them all together on our little old school soiree to tribute the days of old.”

“There’s no mitigating circumstances coming your way any time soon… The world is a mad place full of darkness, horror, disease and terror! Hell on Earth is real and not just limited to fiction. The dark ages transcend all frontiers, ever present but yet unseen.”

THE ARROW OF SATAN IS DRAWN TRACKLISTING

The Arrow Of Satan Is Drawn  is available to pre-order now CD & LP from
www.nervegas.com.au/bloodbath 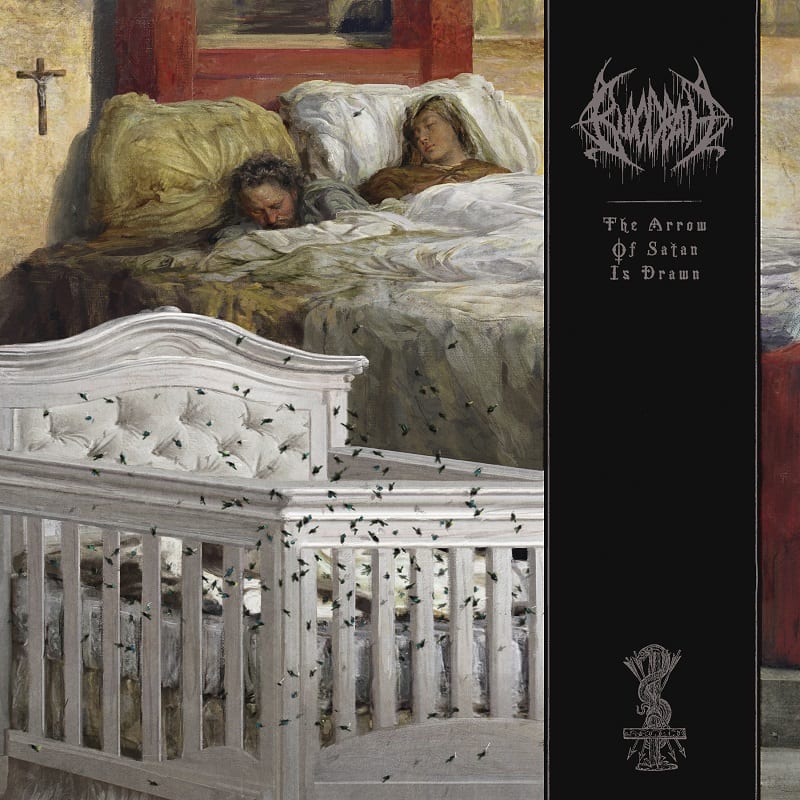