BLACK RHENO On The Charge 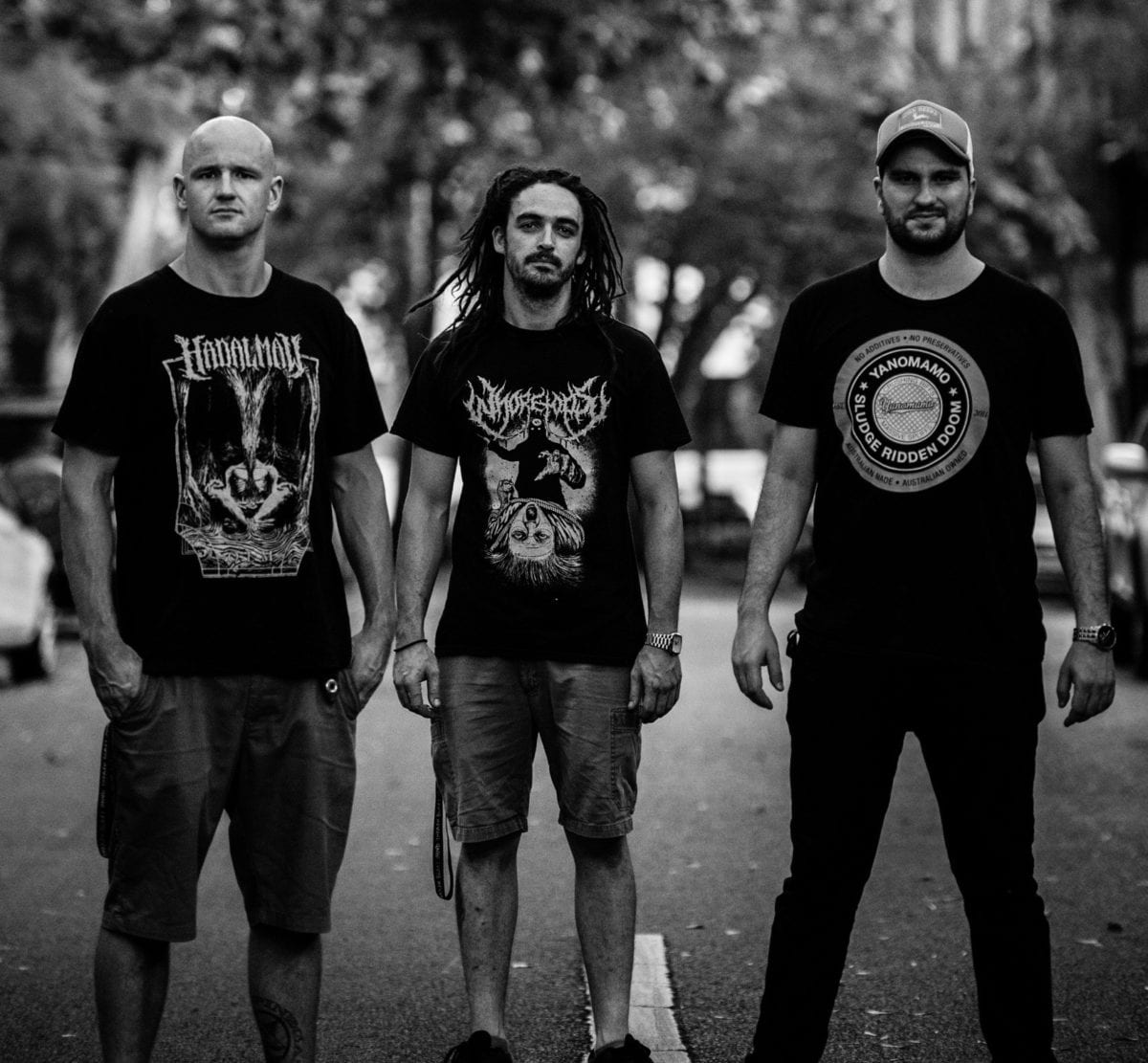 “You can expect our usual crazy shit that we do,” laughed Black Rheno drummer Dougy, promoting their current tour The Final Cult. “Ryan will be running out there and stealing your drinks and pouring them on his scalp as usual. We’re going pretty hard at it. We’re playing three or four tracks off the new album that’s gonna be coming out soon which everyone seems to like (laughs).”

Since forming in 2015 Black Rheno have gone from strength to strength, partly through talent and largely through the relentless touring schedule that has seen them progress from supporting other Australian metal acts this time last year to now headlining their own tour. It is a process which Dougy admits was a solid plan from the get-go, with the band making an early and conscious decision to put it all on the line.
“Definitely, yeah,” he agreed. “We had the Thrash, Blast and Grind Fest and then we did the tour with Napalm Death and Brujeria in October which was crazy -fuck, its Napalm Death (laughs). We always had this plan. While we were writing the album and getting the demos done and all that we thought to fuck it, we don’t wanna sit here staying stagnant, we’ve gotta do something so we decided to put together a headlining tour before we started recording so it was always on the books.”

The bands E.P, Let’s Start A Cult has been instrumental in the band’s current success, with its blend of stoner, sludge and metal – not to mention the title – striking a chord with fans around the country.
“It’s pretty much as the title says,” Dougy laughed. “It’s what we wanna do (start a Black Rheno cult). We love playing music; we love recording; we love playing shows and we wanted to start something big. Cult’s get pretty fucken big don’t they (laughs)?”
To find out what you have to do to become a p

art of Black Rheno’s cult, plus where the current tour is headed plus find out what sorts of lessons a smaller band learns from bigger supports and Black Rheno’s plans for world domination plus the scoop on the new album listen to the attached audio.

Catch Black Rheno around Australia on the dates below: