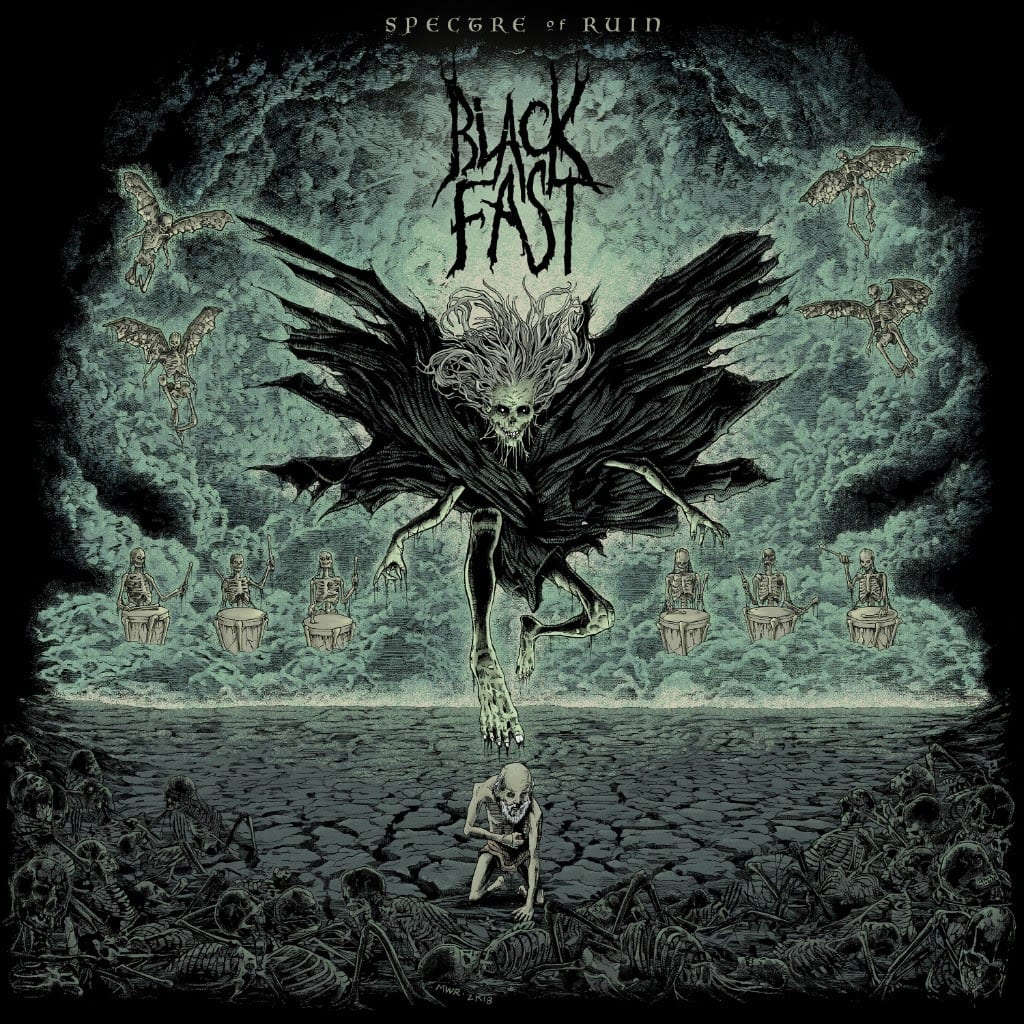 Black Fast has released a second new single titled “Silhouette Usurper” exclusively via Toilet Ov Hell. “‘Silhouette Usurper’ was one of the first songs we finished for this new record,” says frontman and guitarist Aaron Akin. “Compared to our other songs, this is most song-liest of songs we have written. One of the riffs is called ‘Jammer.’ Jam it immediately.” You can check it out here!

Black Fast will release Spectre of Ruin on Friday, July 13, 2018, via Entertainment One (eOne). Album opener “Cloak of Lies” sets the stage for Spectre of Ruin with a heaping helping of everything Black Fast represents, a locomotive of riffs barreling down the tracks with determined speed and aggression.

Like its predecessor, Black Fast’s Spectre of Ruin was summoned into sharp focus at Mana Studios in St. Petersburg, Florida, with Erik Rutan, the Hate Eternal frontman and ex-Morbid Angel guitarist who has produced albums by genre titans like Cannibal Corpse, Goatwhore, and Six Feet Under. It’s all killer, no filler, demonstrating the destructive force of focused neo-thrash and progressive death-infused heavy metal at its finest.

Black Fast follow the roadmap laid down by the great bands with “Angel” and “Death” in their names, swearing off the trappings of the mainstream with a steadfast dedication to their chosen craft. As vocalist/guitarist, Aaron Akin once summarized, “We’ve pushed our chips all-in since the beginning. We threw caution to the wind. We’re playing metal. We don’t really give a shit about ‘making it.’”

This music is a vibrant soundtrack to society’s collapse and a celebration of defiant resolution. The Black Fast mission is ruthlessly simple: champion musical aggression, bark at the moon, raise a fist and headbang like there’s no tomorrow.

The band will hit the road this summer in various stops across the eastern half of the United States. The band kicks it off with a performance at the 17th Annual ShowcaseSTL presented by The Riverfront Times followed by a batch of support dates with Exmortus on the “Summer of Steel” tour. Black Fast will then head out with Ringworm until they reach Cincinnati,OH where they’ll participate in the first Annual TRANSPLANT FEST with Ringworm & Incantation on July 21st.