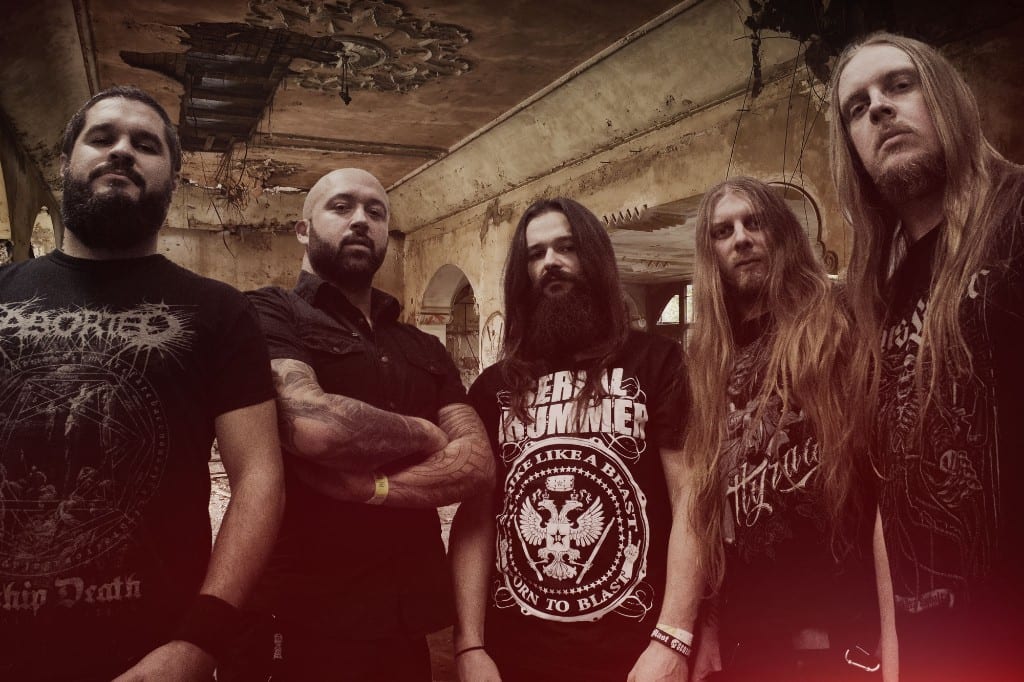 BENIGHTED have finished the recordings of their anniversary EP, which will be released later this year by Season of Mist. The French death grind extremists recorded “Dogs Always Bite Harder Than Their Master” once again in Germany’s Kohlekeller Studio. Not only will the EP contain three brand new tracks, but also live footage which was recorded during their Anniversary show in Lyon last month. The band invited special guests Sven de Caluwé (ABORTED) and Nikita Kamprad (DER WEG EINER FREIHEIT) to lay down their vocals on one of the new offerings!

Vocalist Julien comments: “Benighted just finished recording his Anniversary EP ‘Dogs Always Bite Harder Than Their Master’ at Kohlekeller Studio! It will contain 3 new devastating tracks, 1 cover and some live tracks from the Anniversary show in Lyon! One of the tracks, feature two great vocalists: Sven from Aborted and Nikita from Der Weg Einer Freiheit. The EP will be available in very special bundles, more news about that soon!”

BENIGHTED have previously announced more dates for the “Hell over Europe II” tour with headliners ABORTED and CRYPTOPSY as well as opening act CYTOTOXIN in what promises to be the ultimate death metal package of the season.

Vocalist Julien Truchan commented: “Well, this is it! In November we will go go on this amazing European tour with our brothers from ABORTED, CRYPTOPSY, and CYTOTOXIN! ‘Hell over Europe II’: with so much brutality in one single billing, you really have to be there or cry!” 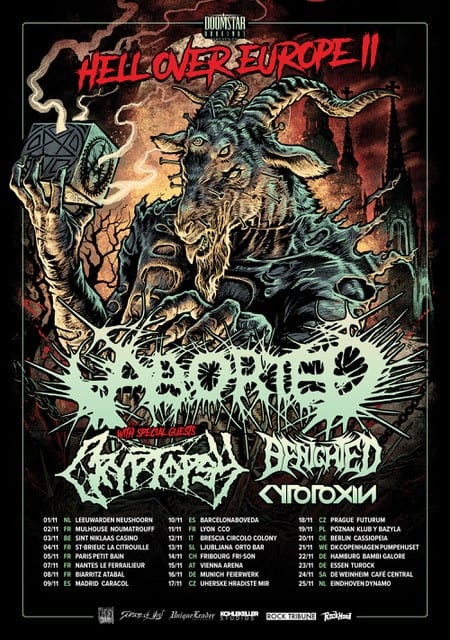 Madness reigns! BENIGHTED deliver the radical soundtrack to these savage times. With their new full-length ‘Necrobreed’, the French sidestep the steadily growing complexity of their previous albums ‘Asylum Cave’ (2011) and ‘Carnivore Sublime’ (2014) by re-calibrating their sound along their roots.

‘Necrobreed’ is the result of modern violence combined with an undercurrent of old school feeling. BENIGHTED keep their grinding influences but classic death metal clearly shows through the fabric. Those insane pig squeals are backed-up by massive growling. Crushing riffing and nuclear drumming meet subtle melodies and hidden hooks are fueling the fury.