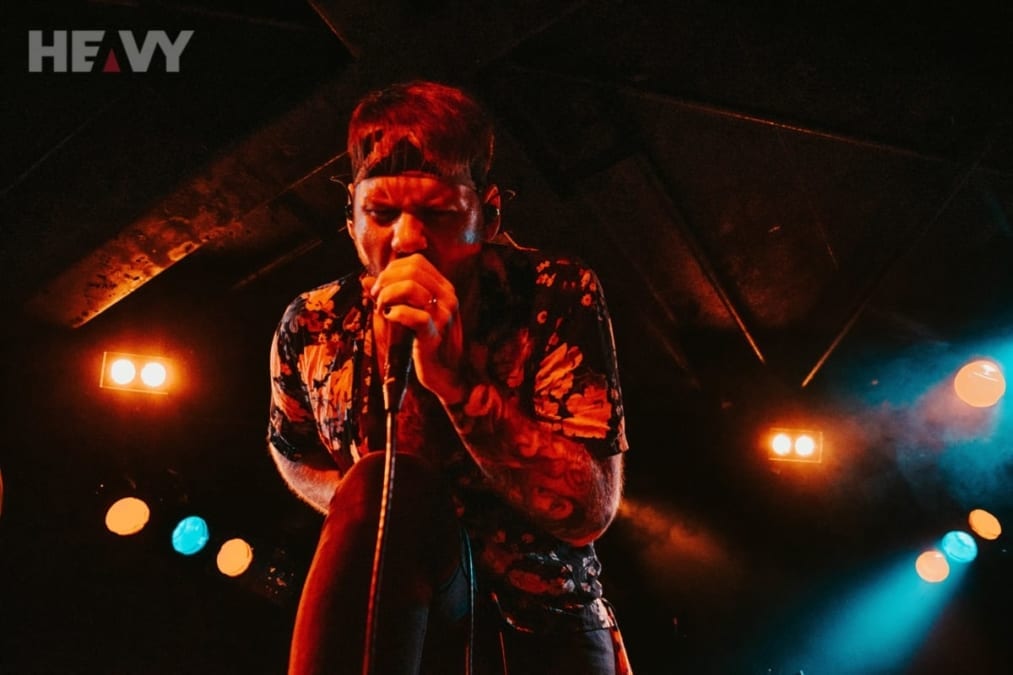 It’s nights like this that really make you appreciate all that we have in the hardcore/metal scene here in Melbourne. There is honestly no stronger sense of community that is defined by it’s ability to relate and connect with people, like this one that we’re all so fortunate to be a part of.

Finding you’re way into the perfectly heated Corner Hotel on this freezing winter night was all apart of what makes this place feel like home and there’s nothing like having a few beers with your mates and watching some incredible acts on a Friday night.

Now if you think you’ve seen the best band to open up a show you’re probably one hundred percent wrong, unless of course that band was Windwaker and you were here tonight to witness it. The last time I saw these guys play I honestly wasn’t drawn to them at all, however the sound that they have created for themselves and their development over just this last year have been one of the best I have seen in the local scene.

Tonight they raised the bar higher than I anticipated and considering they were added to the line up after tickets had already sold out, they definitely left a strong impression on those who hadn’t heard of them before tonight.

When you’re looking for absolute class and precision, look no further than the local gods of alternative metalcore, Thornhill. Here is a band that through years of hard work have earned their spot on the big stages, delivering a sound that puts them in their own box and they’re only just getting ready to blow our minds.

Featuring songs off of their debut EP Butterfly (2018), vocalist Jacob Charlton delivered his vocals and every line with poise, clarity and a strong intention for it to hit you where it hurts. Which was nothing short of the rest of the band as they all appeared to be perfectly settled in a self composed world, individually impressive, coming together as a whole completed work of art.

From their clean cut guitar riffs, solid breakdowns and all or nothing attitude they gave us a little taste of what’s to come on their album and boy are we ready.

Finally It was time for us take a well deserved and sorely missed trip to Columbus Ohio, the place where the incredibly talented vocalist Caleb Shomo created what we know today as Beartooth.

I’m still quite amazed to see how far this band has come over the last few years, but then again after watching a set like that I’m not surprised they have this cult-like following fan base. From the moment they took the stage they had almost every single person on their feet, a sight which was amazing to look at from a distance and after over 20 gigs that I’ve attended here, this one pulled off the best crowd participation yet.

Having released their 3rd album Disease (2018) less than 10 months ago a number of songs were played off of this with an incredible response, especially “You Never Know” and “Manipulation,” which really showed how well structured those songs are when they were performed faultlessly live.

But for a band like Beartooth who haven’t been here for a couple of years, it was taking it back to their album Disgusting (2014) that really did it for me. Bringing the perfect ratio of hardcore, punk and pop-rock, with those catchy chorus’ that had all of us screaming the lyrics back.

Ending the night on my personal favourite, lyrically and melodically, “In Between.” With the line “We have strength in numbers, to get us through the day” falling perfectly on those that were in the room, all there to support each other and this incredible band.