Battling The Elements With AMON AMARTH 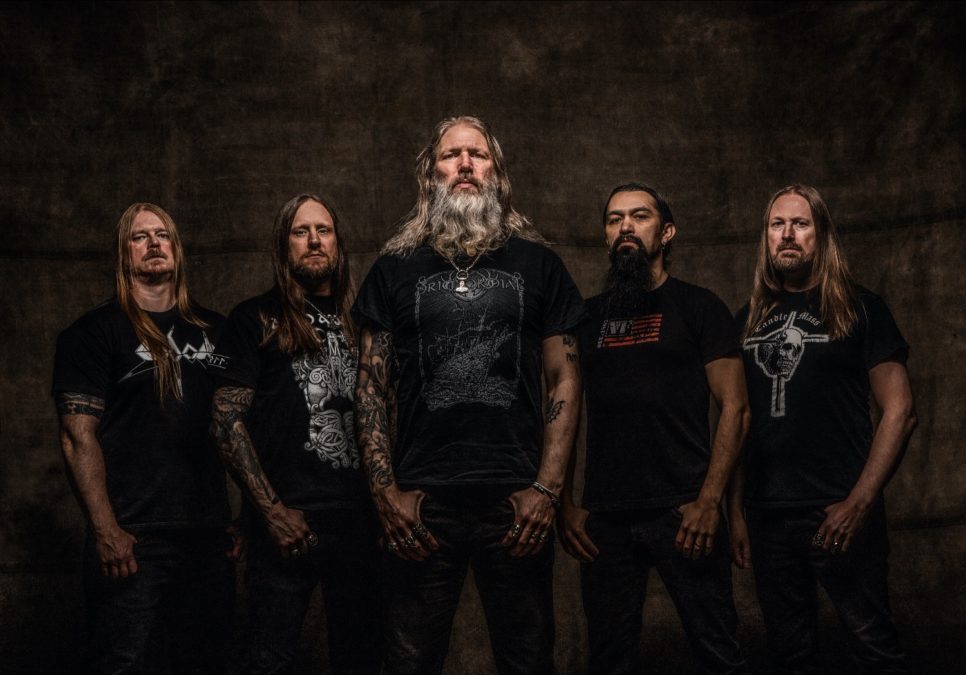 Just like the marauding Vikings which dominate their music, Amon Amarth have conquered lands without fear or remorse – but more so sonically rather than by the force wielded by their ancestors.

Since forming in Sweden in 1992 the band have swept all before them with a blending of ferocious yet melodic tidings awash with the majesty of Viking history, folklore and culture. Their music is as authentic as it is passionate, overpowering all before it and embedding a way of life into a musical landscape.

Amon Amarth have emerged from a tumultuous two years for the world as a whole in the only way they know how – triumphantly and with a fresh slab of heaviness from which to launch their assault.

With The Great Heathen Army set to invade on August 5, guitarist Olavi Mikkonen sat down with HEAVY to discuss another impending victory.

“It’s a new album,” he declared. “We haven’t really changed too much, but I think the album is a little heavier, and a little darker compared to previous. Hopefully, the fans are gonna love it the way we do.”

Mikkonen has been quoted as saying The Great Heathen Army is “a darker, more death metal sounding album”, to which he elaborates, simplifying the remark.

“We are back in B tuning. Berserker was a higher tuning, so we’re back where we’ve always been. Also, I think musically it’s a throwback to what we did 10 or 15 years ago.”

In the full interview, Olavi talks more about the direction of the album, the darker elements that run through it, the subject matter and how much emphasis is placed on being historically accurate, the early days of the band, how they have changed musically over the years, upcoming tours and more.