BATTLE BEAST Take On The Circus With Latest Album 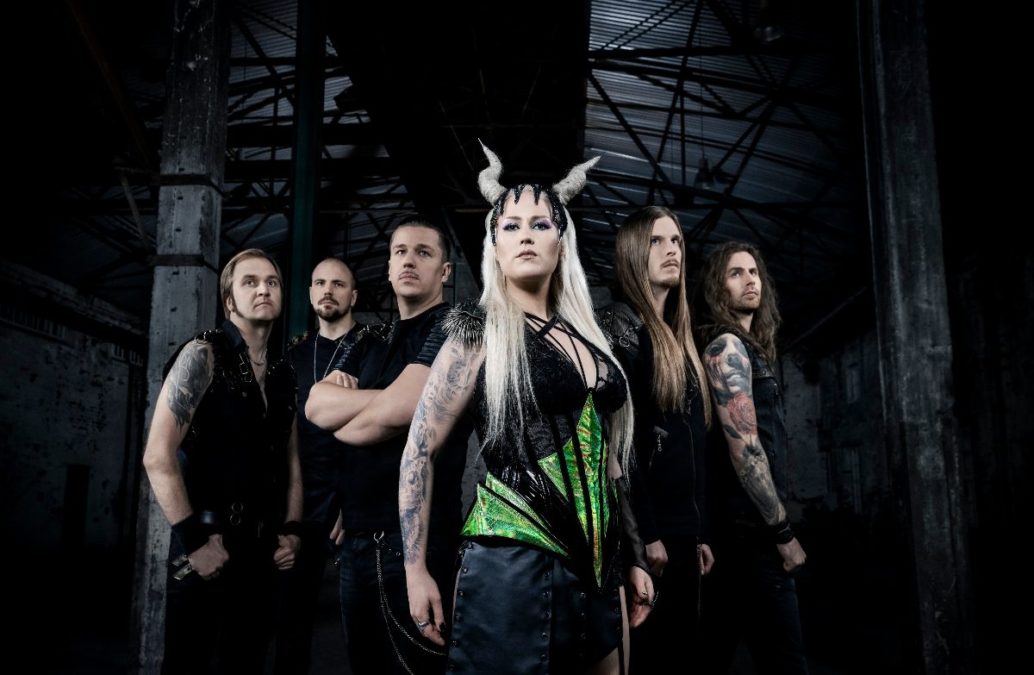 Battle Beast have ventured outside of their comfort zone for their latest album, Circus Of Doom, more so than ever before.

With an underlying theme that ties in with the title – but not conceptually based – Battle Beast have created an epic rollercoaster of an album that sweeps you up in a carnival like atmosphere while still emitting that terrifying thought of dread that comes from the unknown.

Everything about Circus Of Doom is grand in scale, from the sweeping orchestral arrangements to the magical mystique that enchants as much as it delights.

It is an album that needs a backstory, and vocalist Noora Louhimo jumped at the chance to talk with HEAVY about the album which came out last week, starting with the early reception from fans and critics.

“It’s been amazing,” she enthused. “It has been quite surprising (laughs). I don’t know if it’s a Finnish thing or what but I’m always not expecting anything great (laughs). It’s like, okay, I’m already depressed but the reception has been amazing. Before we released this album, we had been super confident. All the members in the band think this is the best album for Battle Beast since the first one. The development as musicians and as a band has happened and that’s the main goal for us as a band, that we can develop our music and our production better on each album. It has been great to see that many people agree with us, so we are not totally lost here.”

Musically, Circus Of Doom challenges everything you thought you knew about Battle Beast without deviating too far from expectation. It is an album that has seen the Finnish sextet explore even more of their musical sensibilities than before, with Louhimo admitting the band themselves are proud of the final product.

“Of course, the title, Circus Of Doom, is kind of… It kind of reveals the theme here, but on the other hand if you take it too literally with the word doom then you are totally lost,” she laughed. “Then you start listening to the album from the beginning to the end, and it’s like stepping inside this huge circus tent and anything can happen there. This album is filled with different stories and emotions and also showing off all the different styles we have in the band. We’ve definitely put more theatrical and orchestral stuff on this album than ever before, and that’s the direction that I really love. I am a very extravaganza type of person and I really want that things are made in a big way and not to be afraid of what people are going to think if you do things a little bit weird. I think this album is definitely an adventure and a roller coaster ride. Dynamically, it goes from edge to edge. Some of the songs are very heavy and dark and scary kind of moods, but when the next song comes it’s all cheerful and happy days. It really takes the listener from emotion to emotion. You have to be sharp there. I really like that we had a lot of thought into the song order on the album and how the whole plot and dramatics goes, so that it will be a pleasure to listen to and not so drastic.”

In the full interview, Noora gives her personal thoughts on Circus Of Doom and where it stands against previous albums, how they plan to translate the theatrical nature of the album to their live performances, the new elements brought into Battle Beast’s music and why they went in that direction, her early days in the band and how difficult it was coming in to an established band, how she has grown as a vocalist, touring plans and more.

PrevPrevious.Jest And Nostalgia with BACIO DEATH TRIP
Next.Don’t Call It A Comeback With COMEBACK KIDNext