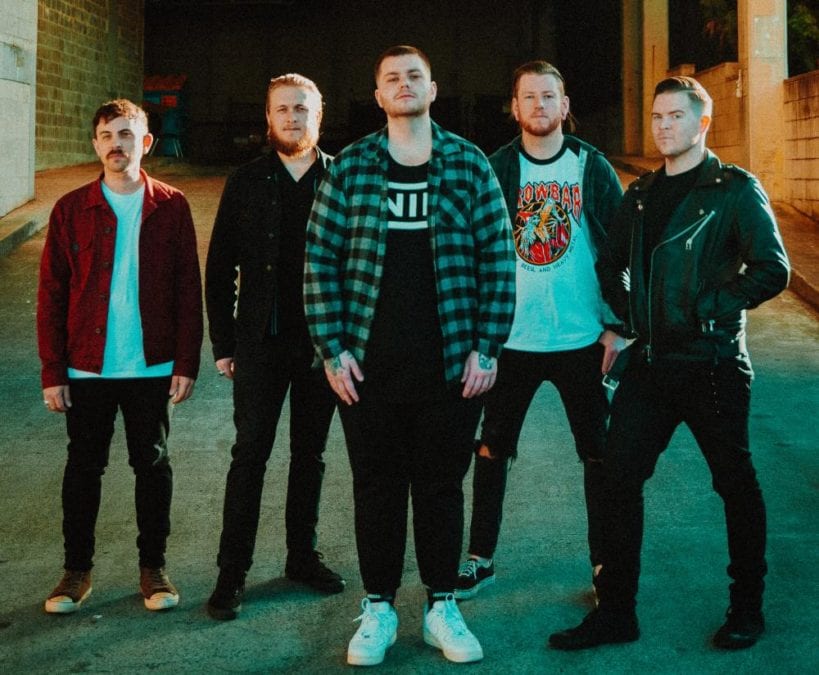 Sydney punk rockers, Bare Bones, are today releasing their brand new track “Rust”, which comes as the second single to be plucked from an upcoming album entitled ‘Rival Minds’, out Friday November 1! The album will be released through iconic Sydney label Resist Records.Following on from “Crawl The Night”, which came as the first offering of new music in two years and is the track currently leading the way for ‘Rival Minds’, “Rust” is about the three stages of life – it explores the nostalgia of youth, the turmoil of adulthood, and the reality of death. Vocalist Thomas Kennedy says “lyrically, Rust takes inspiration from Shakespeare’s concept “Seven Ages of Man”, and casts a reflection on childhood memories from the contrasting perspective of adulthood, and projects to the final stages of life with the surrender of our corporeal form.

“The music video is directed by Blake Curby with additional direction by Wendy Pham and Dane Wang and features Bare Bones performing their new single while short videos that narrate the circle of life flash to the forefront to punctuate the play through. Videos of plants in bloom, children playing, people growing and animals degrading are shown to compliment the theme of the three stages of life.

The brand new album ‘Rival Minds’ is produced by Stevie Knight at Electric Sun (Tonight Alive, Dream On Dreamer, Yours Truly), mixed by James Paul Wisner (Underoath, Paramore, Hands Like Houses) and mastered by Grant Berry (You Me At Six, All Time Low). Thomas explains that as a whole, the album deals with “the duality, the light and dark of the human mind, both introspectively, and outwardly.”

Bare Bones is Thomas Kennedy (vocals), James Dean (guitar), Scott Daniels (guitar), James Clarke (bass) and Chris Blancato (drums). The five piece materialised in 2013, and the band wasted no time in taking their sweaty, visceral and feisty sound to the masses, quickly carving out their own path in the Australian music landscape. Taking the DIY recording and producing approach on their first two EP’s Villains and Cut Throat Living paid dividends, seeing Bare Bones land marquee support set slots with Black Label Society, Northlane, Every Time I Die and Cancer Bats within their first three years of formation. Moreover, Bare Bones were selected to play main stage at the final ever Soundwave Festival in Sydney, and UNIFY Heavy Music Gathering.Fast forward to 2019 and Bare Bones are celebrating a year of being signed to iconic heavy music label Resist Records (Parkway Drive, Polaris, La Dispute), where they released their first full length record, Bad Habits in May last year. The fierce album, as stated by the highly acclaimed Rolling Stone Magazine, is “a hit record of the genre”. With the release of Bad Habits came a huge date-heavy tour schedule with rock legends from Stone Sour, Rise Against, The Bronx and Prophets of Rage. With a string of high profile supports and heavyweight shows under their belt Bare Bones are destined to make a lasting impact on both the Australian and global music scene.“Rust” is out now and available through iTunes & Apple Music/Spotify/Google Play and all good online stores and streaming outlets. ‘Rival Minds’ will be available through Resist Records Friday November 1, with pre-orders available at: https://shop.resistrecords.com/products/barebonesrivalmindslp.