There aren’t too many Australians into alternative music that didn’t grow up on the music of Ash. For many of us their 1996 album 1977 became a huge part of our teenage years. It was fresh, it was brash and given their age tracks like Oh Yeah and Girl From Mars seemed to just sum up the experiences we were going through at the time.

Now fresh off the back of their Islands album Ash are heading back Down Under so Dave Griffiths sat down and had a chat with Tim Wheeler for HEAVY Mag.

“I guess it all started in ’95 when I was doing my final exams for school,” says Wheeler when talking about his relationship with Australia and Australian music fans. “I remember doing a day or two of interviews with Australian media because Girl From Mars was becoming a hit down there and here I was just trying to do my exams. But you know I couldn’t believe it because we were being so welcomed by this country on the other side of the planet, and I have loved being able to come down there ever since. In fact my favourite tour of all time was Big Day Out in ’99… that was just one of my favourite times in my life ever.”

“A lot of bands used to call it the Big Day Off,” he says with a laugh when I ask what about that tour Ash enjoyed so much. “You actually got a few days off around some of the shows and you would be hanging out in hotels with other bands and you know there would be like fifteen or sixteen of them. A lot of the time you would just go around by yourself, you and your crew, but this was always different. I mean I can remember hearing one show where Rammstein and Coldplay were touring together and they became really good friends. It was the kind of festival where that kind of thing would happen – artists from completely different genres coming together and becoming really great mates.”

Ash hit our shores and all the details of the tour can be found below and you can grab tickets here – https://metropolistouring.com/ash-2018/. You can also listen to our ful interview with Tim Wheeler with the Spreaker player on this page. 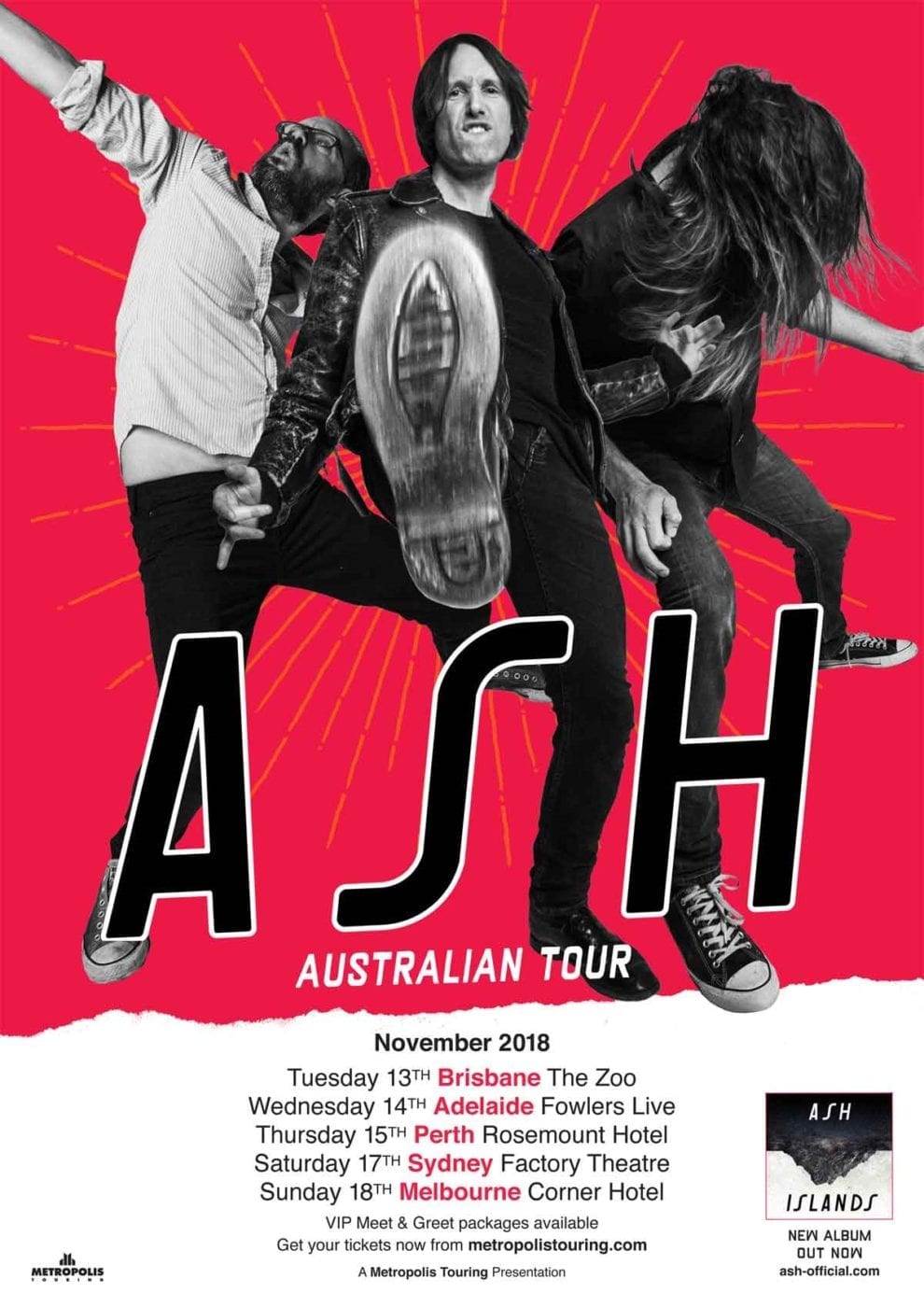