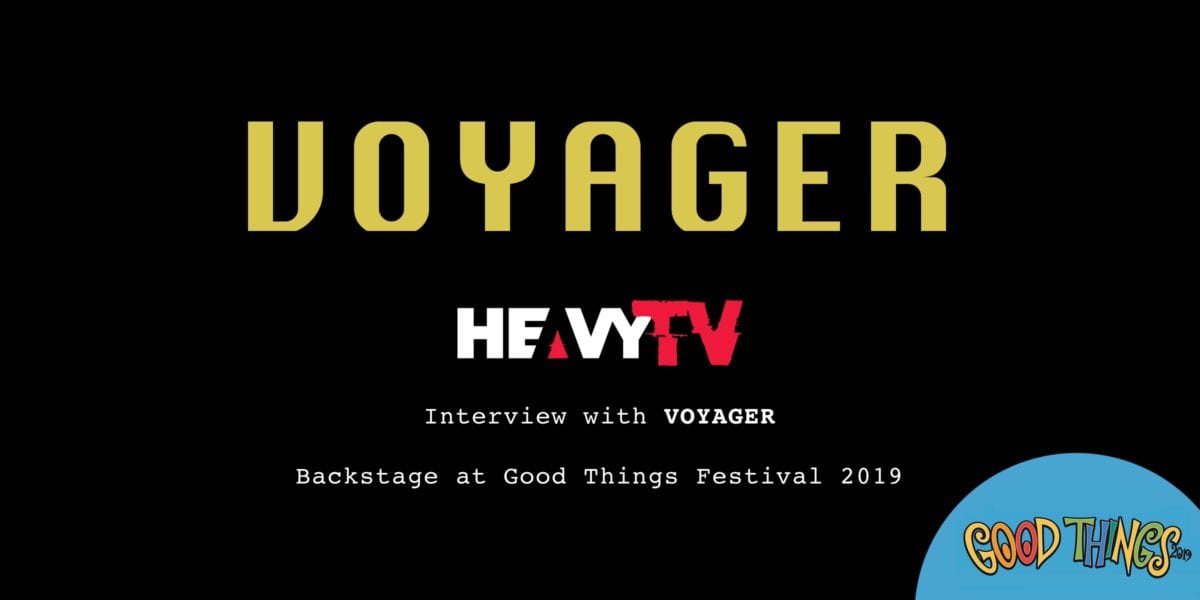 We sat down with Simone and Danny of Voyager during Good Things Festival 2019 and had a good chat! 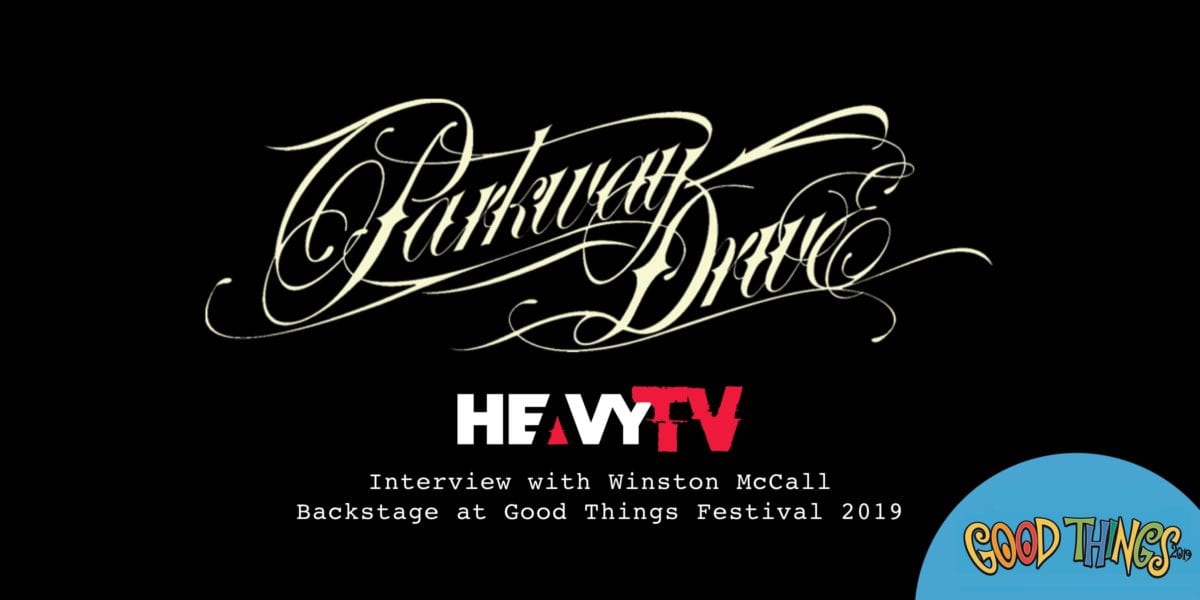 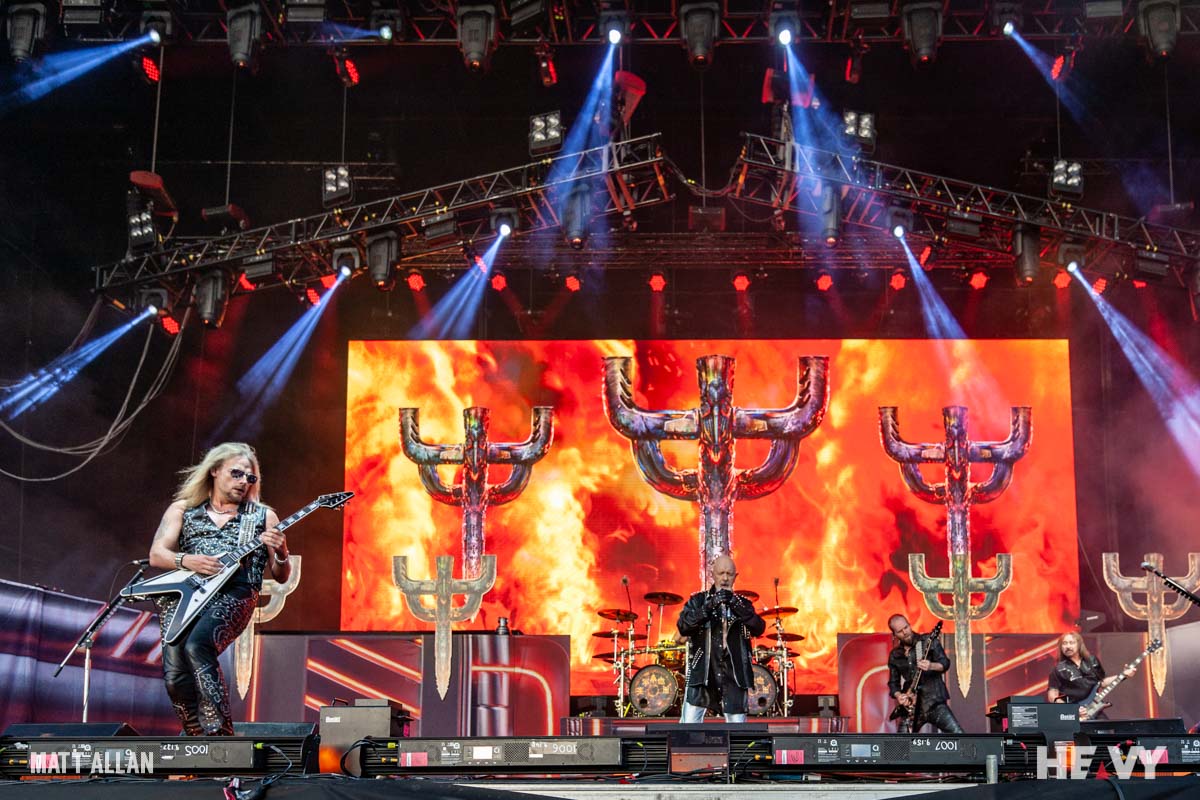 It’s the morning of Download Festival 2019 and Melbourne heavy music fans are looking to the sky and praising the metal Gods. Unlike last year, today will be clear skies and not a drop of rain to be seen. As a sea of black T-shirts mill towards Flemington Racecourse, it appears that “Flem” has had […]

Meet the Man Behind the SEPULTURA Documentary 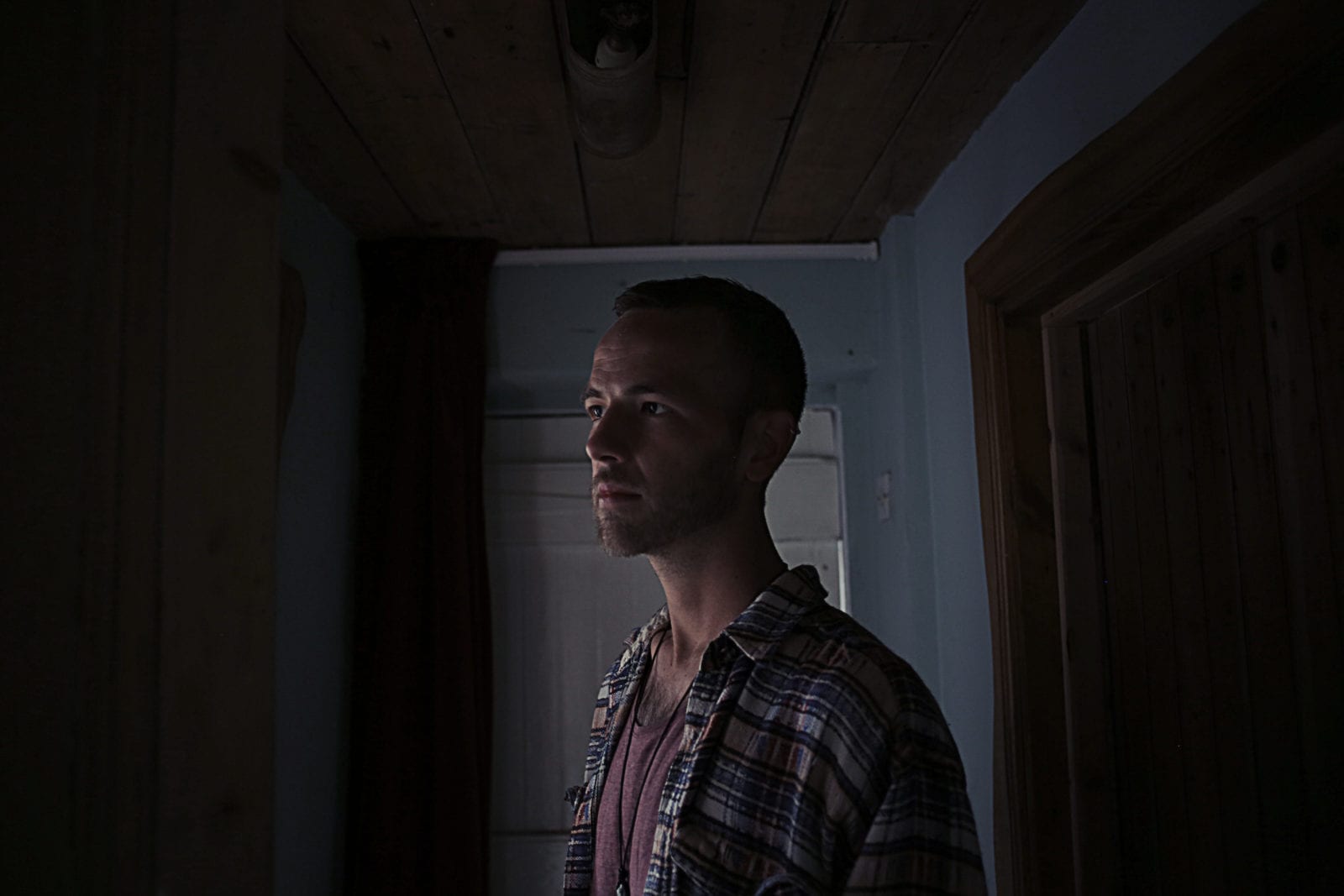 It’s likely you haven’t heard of “Her Name Is Murder Productions,” but you would definitely know some of their clients. Having worked with heavyweights such as SEPULTURA, NORMA JEAN, SWORN IN, THE CHARIOT, OCEAN GROVE, to name a few, the Brisbane boys have established themselves as one of the most sort-after independent production houses for heavy […] Monica got on the couch with Sam and Dale from OCEAN GROVE to talk about all things touring, albums, line up changes, Japan and the struggles of a vegetarian life. SUBSCRIBE TO HEAVY YOUTUBE!!!! 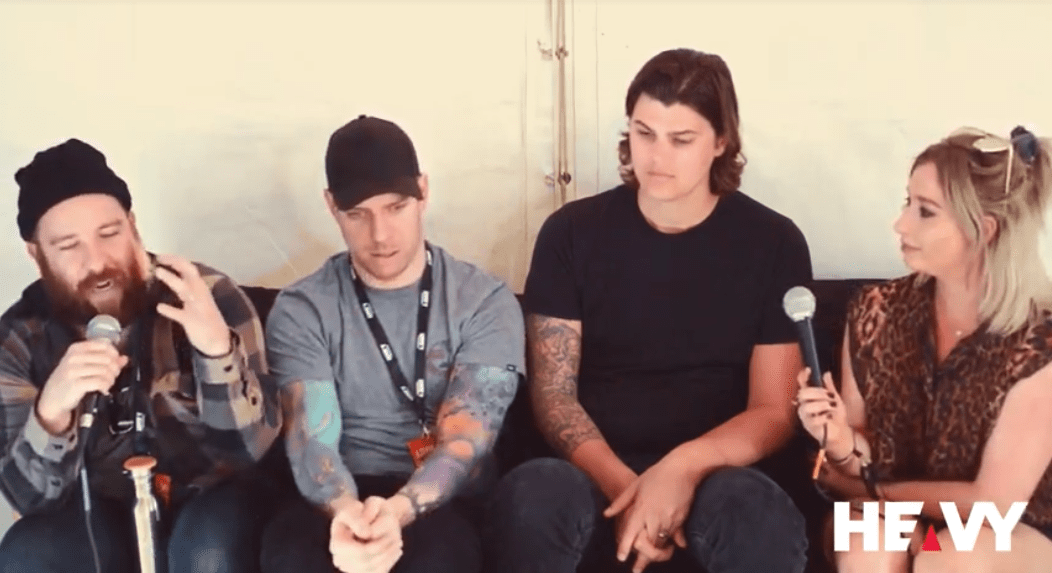 Monica chats to the guys from UNDEROATH, covering their longevity, getting along on tour, playing Monopoly and what’s to come in 2019. SUBSCRIBE TO HEAVY YOUTUBE!!!!

BULLET FOR MY VALENTINE​ on HEAVY TV @ Good Things Festival 2018 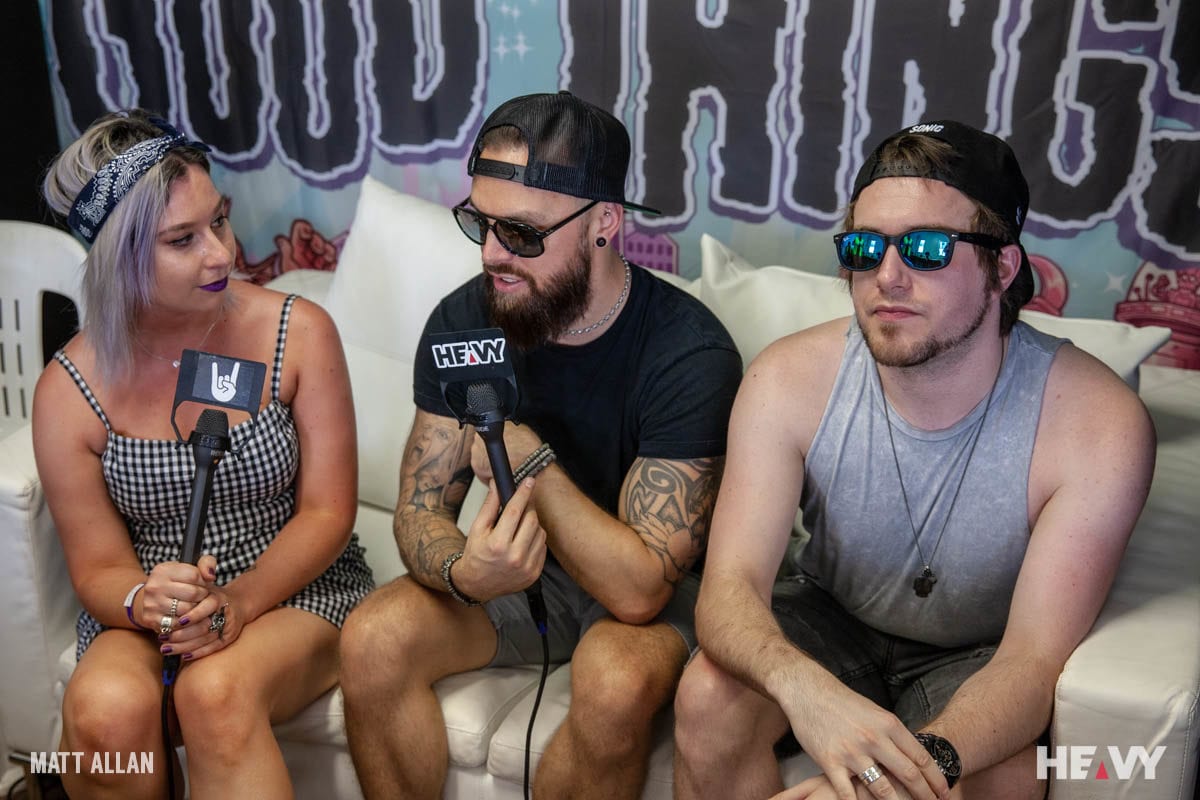 Monica chatted with one of her all-time favourite bands, Bullet For My Valentine, and learned about jet lag, why the “Gravity” album is different than other albums, 50 hours of flying for 3.5 hours work and more! SUBSCRIBE TO HEAVY TV ON YOUTUBE: https://www.youtube.com/channel/UCWChg3qqvb-Mwy1Xn3NyV5A FACEBOOK: https://www.facebook.com/heavymag TWITTER: https://twitter.com/HEAVYmagAU INSTAGRAM: https://www.instagram.com/heavy_mag/ 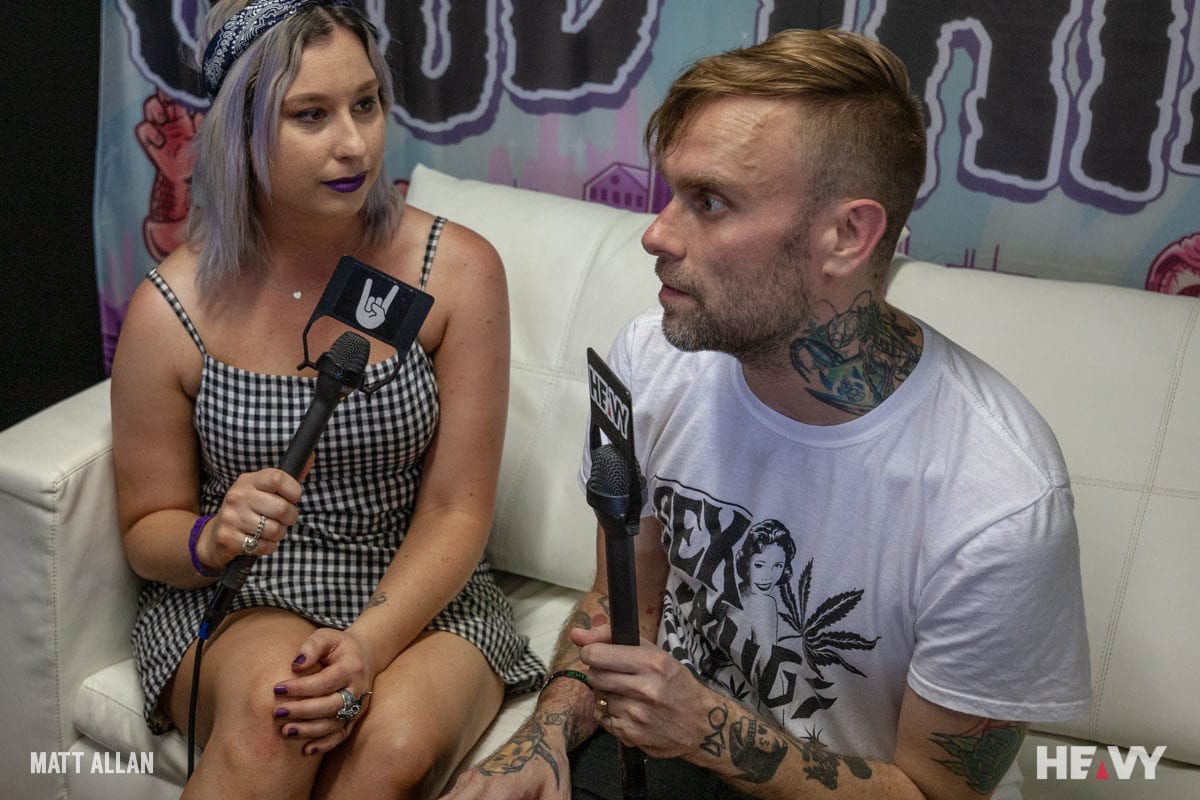 HALESTORM and the Importance of Being Vicious

As Halestorm prepare to release their fourth album in a matter of weeks, we caught up with guitarist and ‘Chairman of the Party,’ Joe Hottinger, to chat about writing and recording, Vicious, and being pioneers for females in modern rock. “Recording with Nick (Raskulinecz), was a dream of ours for a long time,”  Hottinger gushes. […] 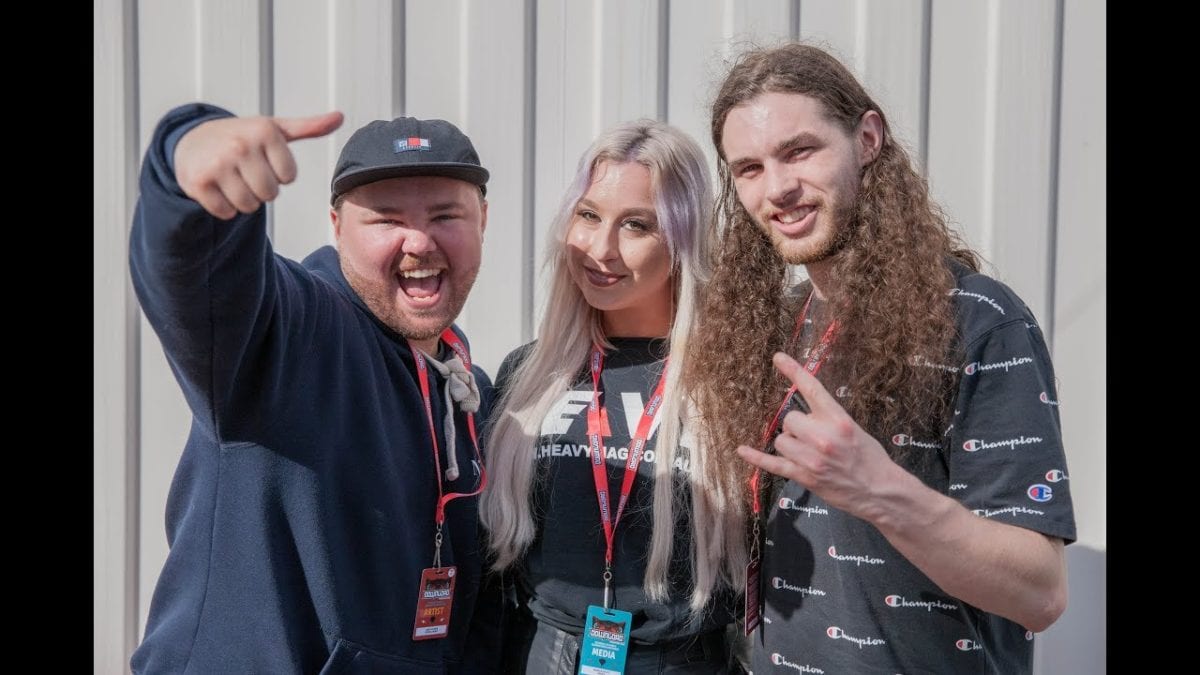 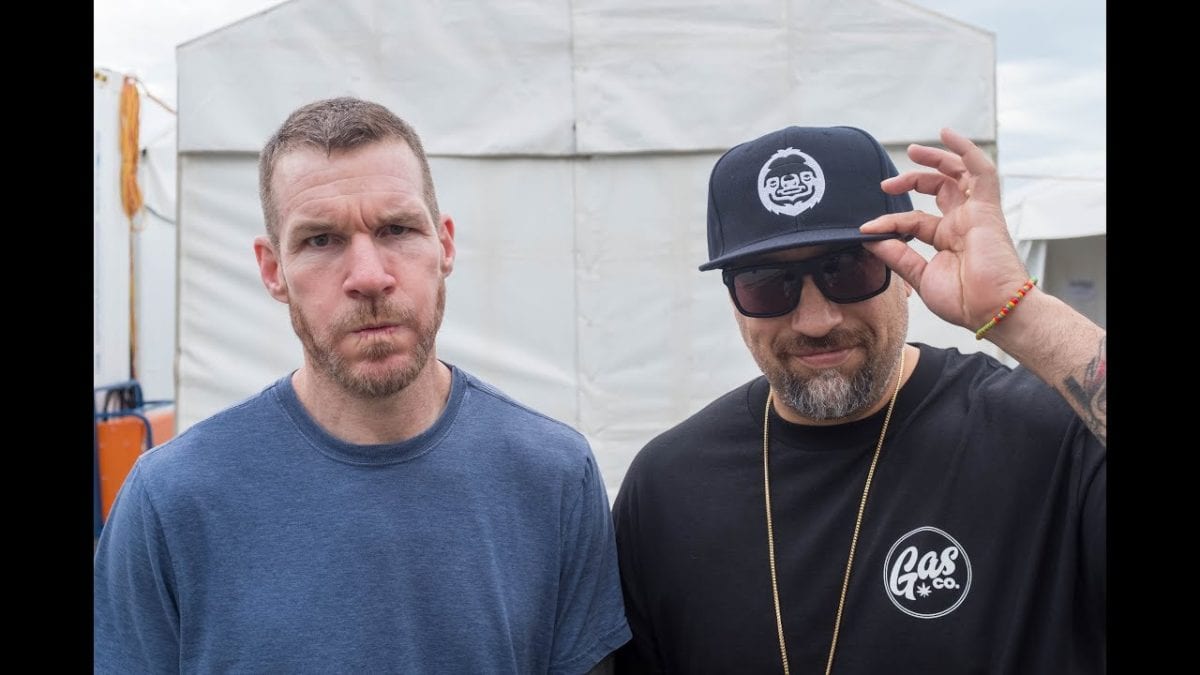 Monica from HEAVY TV interviews The Prophets Of Rage at Download Festival Australia 2018. Get the HEAVY APP: https://digi.heavymag.com.au/app 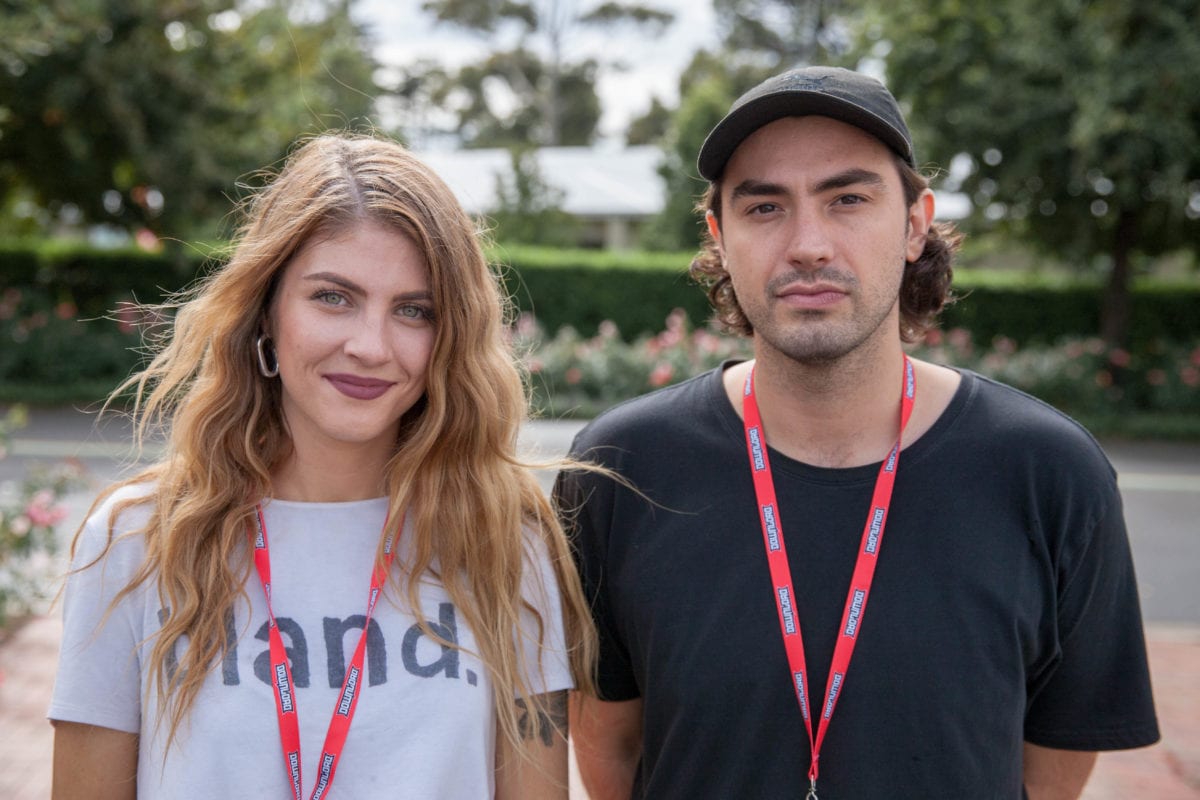 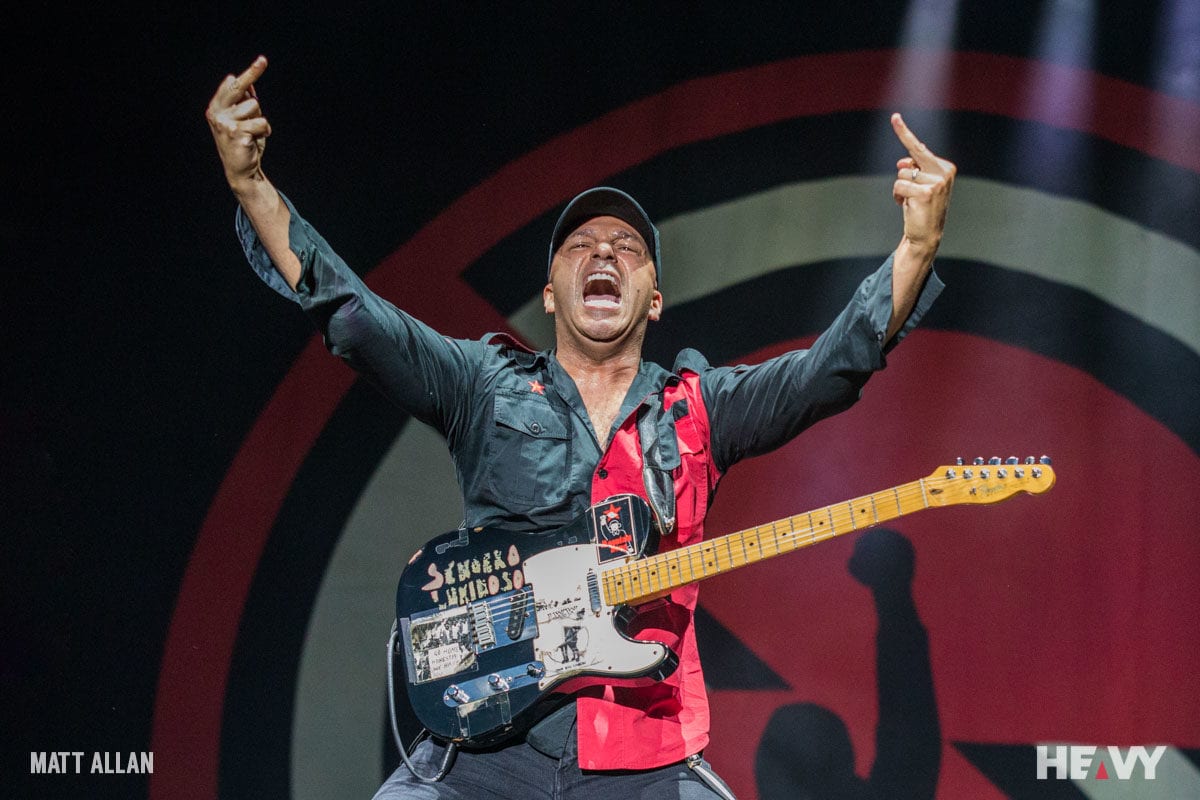 Neither the apocalyptic rains or chaotic traffic surrounding Melbourne’s Flemington Racecourse could hinder the most hardcore of heavy music fans from lining up at the gates more than an hour before they actually “downloaded” for the first time in Australia — the first Download Festival! While shivering under a makeshift shelter of black plastic, spirits […]

A HEAVY Backstage Pass to Bigsound 2017 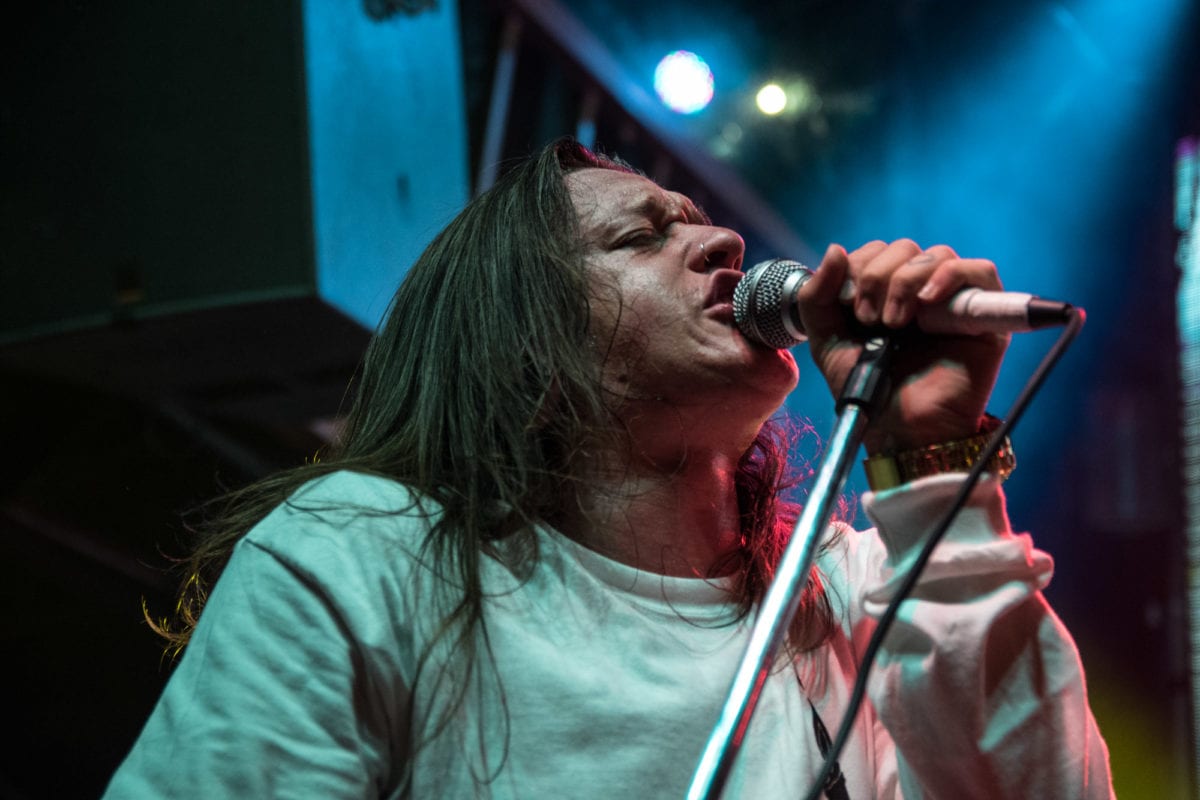 A UK A&R man, a band manager, touring agent and a publicist walk into a bar on a Monday night… Bigsound has begun and Fortitude Valley (Brisbane) is absolutely teaming with the hottest upcoming bands and even more music industry folk that could discover and break them. As we down our first alcoholic bevvy of […] 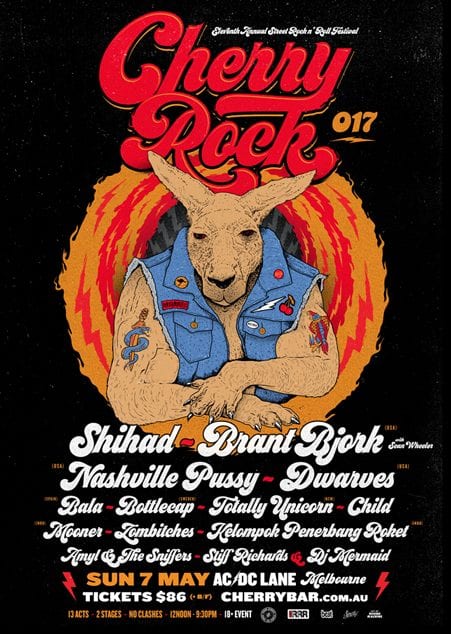 I am welcomed to Cherry Rock 2017 by a river of black shirts and leather jackets cascading down AC/DC lane. “I haven’t smoked a cigarette and watched a band in a long time,” one punter enthused to another, rolling himself a dart. Opening today’s festivities are Totally Unicorn, a band I’ve had the pleasure of witnessing […] 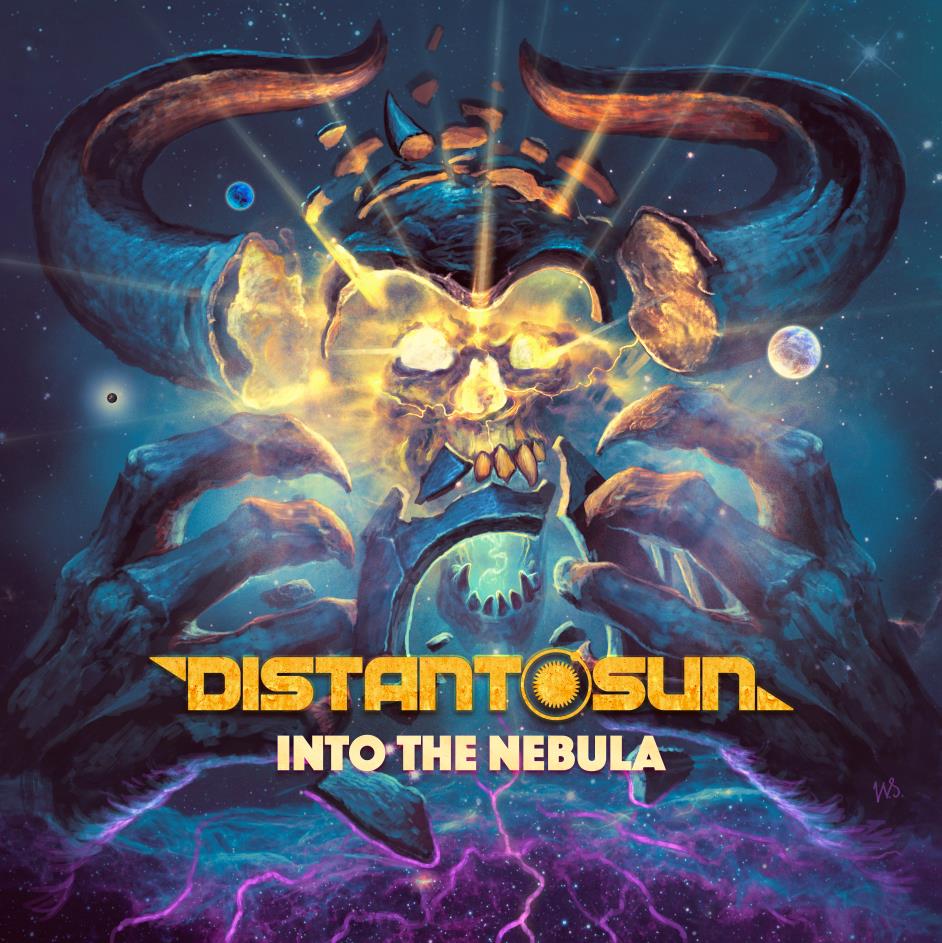 Into The Nebula is the new record from Russian power metal band, Distant Sun. The three-piece who hail from Moscow have been together for five years and this is their debut record. Into The Nebula kicks off with ‘My Trust’, a song that is essentially the epitome of metal. It’s thrashy, chock full of double kicks and a […] 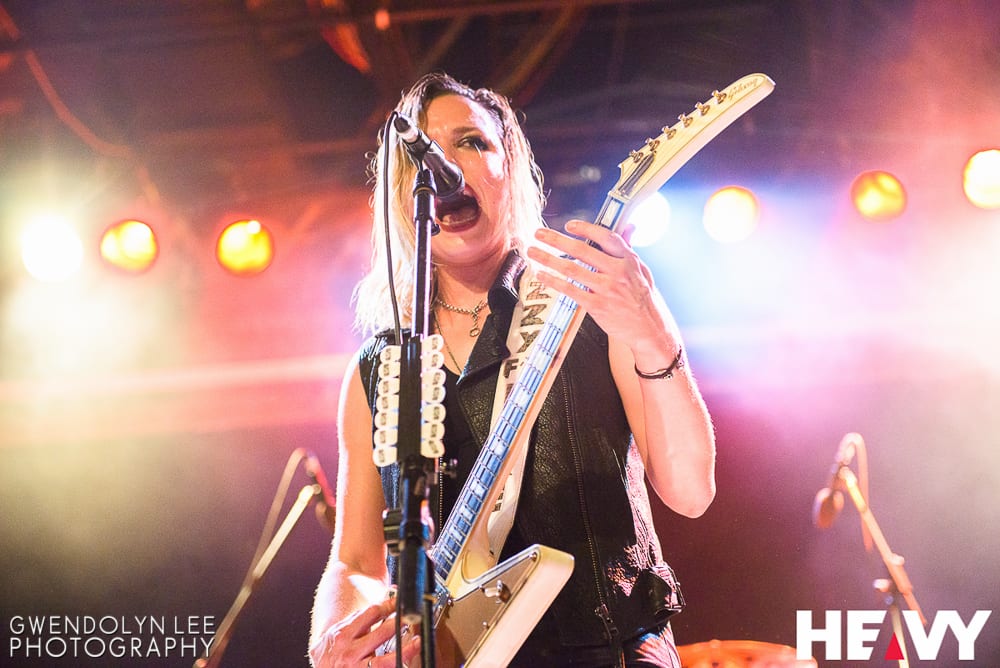 Devilskin’s set begins with an epic intro track that hypes up a very keen an already very sweaty crowd. Through the darkness drummer, Nic Martin appears atop his kit and the packed room goes wild in anticipation. As Devilskin launch full flight, vocalist Jennie Skulander makes her mark swiftly. The power in her melodic vocals […]

After releasing their critically acclaimed debut self-titled record in 2014, Wovenwar erupted triumphantly from the ashes of a highly publicised demise of Californian metal titans, As I Lay Dying. Two years later they present sophomore record, ‘Honor Is Dead,’ a darker and more powerful release that proves Wovenwar are an entity that can stand on […] Hailing from Sydney, Australia are up and coming rock outfit Red Gazelle. The 4-piece have just released new single, ‘Damascus,’ which is a follow-up to 2015 single, ‘Time Won’t Heal.’ Engineered and mixed by Dan Antix at Def Wolf Studios and mastered by Andrew Edgson at 301 Studios, ‘Damascus,’ is well-produced yet still maintains a […]

As I’m walking down the harbour foreshore towards the bright lights of Luna Park, I can’t help but think that The Big Top must not only be one of the coolest venues for Sydney gig-goers, but one of the most unique venues in Australia, or even the world, for touring bands to play. Not only […]

Directly after their worldwide 360-degree live stream atop LA’s Capitol Records, Avenged Sevenfold released the highly-anticipated seventh studio album, “The Stage.” The album is the first to feature new drummer Brooks Wackerman and is their longest release at 73:40, beating “City of Evil” by just under a minute. GET AVENGED SEVENFOLD’S ALBUM HERE http://emimusi.cc/TheStage The […]

[vc_row][vc_column][vc_column_text]I’ve rocked up to Manning Bar a little early and people are scattered outside the venue on grass and stairs. It’s a balmy night in Sydney, and I figure being from Las Vegas, Escape The Fate are probably feeling quite at home right now. It’s been almost a decade to the day since the 4-piece […] 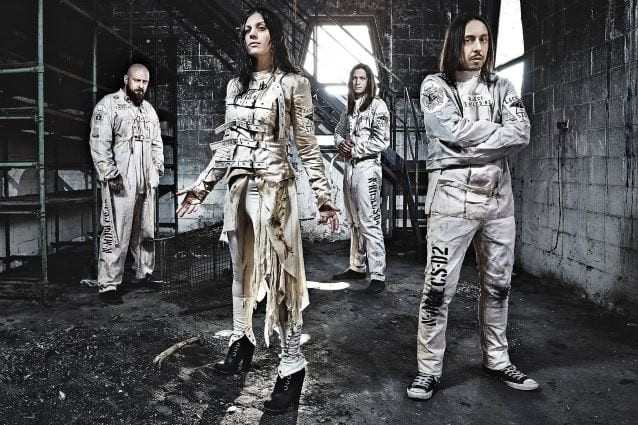 During last night’s live Q and A, Lacuna Coil’s vocalist, Cristina Scabbia announced the supports for their upcoming Australian tour. Orpheus Omega will be the main support for all shows except the Perth date where Deadspace will take the stage ahead of the Italian metal giants. Kicking things off in Perth will be Nucleust, followed by Drown This City in […]

Australia’s biggest metal band Parkway Drive have just dropped a new video for Bottom Feeder. The clip shows the boys in their element playing some amazing live shows among killer pyrotechnics, and of course, jumping off random structures into water. You can take the Parkway’ out of Byron, but can’t take Byron out of the Parkway.’ Parkway […]

The Dead Love + Rick Dangerous and the Silkie Bantams + The Way We Were The Bald Faced Stag, Sydney 16 September, 2016 Reviewed by: Monica Strut Since their inception 5 years ago, Sydney grunge band The Dead Love have been constantly touring both locally and abroad and have just released their sophomore album, So […]