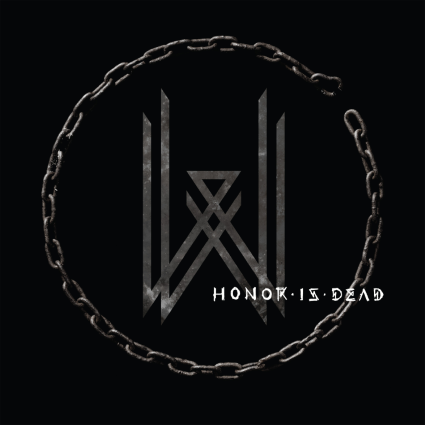 After releasing their critically acclaimed debut self-titled record in 2014, Wovenwar erupted triumphantly from the ashes of a highly publicised demise of Californian metal titans, As I Lay Dying. Two years later they present sophomore record, ‘Honor Is Dead,’ a darker and more powerful release that proves Wovenwar are an entity that can stand on their own and have much more to say.

Unlike their first album, where the bulk was written prior to finding vocalist Shane Blay, the ex-Oh, Sleeper frontman had a much bigger input into ‘Honor Is Dead,’ and this is evident in the sound’s heavier and more aggressive direction.

The album begins with ‘Confession,’ a track that features some great riffs and a big chorus filled with harmonies that are reminiscent of As I Lay Dying. The breakdown is a little lackluster but all and all it is a solid start. ‘Honor Is Dead’ comes into its own on track 2, ‘Censorship.’ With chunky riffs, plenty of variation and an uplifting chorus l this track is a lot stronger and where the album picks up.

‘Lines in the Sand,’ is a political number that explores the idea of nationalism and is quite pertinent given the recent US Presidential election. The following track ‘World On Fire’ follows a similar theme, and is a stand-out on the album.  The combination of screams and clean singing is engaging and works really well throughout ‘Honor Is Dead’ to convey each tune’s message.

‘Compass’ slows things down somewhat and is a beautiful number which contrasts nicely with the rest of the album. I did expect it to build more towards the end but enjoyed the diversity that was brought with this tune. ‘Bloodletter’ is a brutal and mosh-inducing number that also features one of those big contrasting choruses Wovenwar do so well.

The final track ‘130’ combines thrash and rock elements with Wovenwar’s usual metalcore sound and features one of my favourite choruses on the album. Drummer, Jordan Mancino knows how to drive and pull back, adding dynamics skillfully. Nick Hipa’s guitarwork is seamless as it has been throughout the record and the tune is short and to the point at 2:32 which I like.

This 12-track album is a solid offering from a super group of world class metal aficionados. Not only do the songs on ‘Honor Is Dead,’ rock hard, but they have a truckload of soul and important messages to bring.