LIFE IS NOISE is proud to announce the return of the colossal PALLBEARER to venues across Australia before they embark on their first ever tour of New Zealand. The band’s return follows the recent release of their third album, Heartless, a towering release that’s hastily rode a wave of positive feedback throughout the metal community.

The Arkansas four piece will be slinging their serpentine brand of doom to venues in Perth, Brisbane, Sydney, Melbourne, Auckland and Wellington from the very end of June through to early July.

Pallbearer are often compared to doom pioneers such as Pentagram, Saint Vitus and Black Sabbath for all the right reasons – they offer a complexity with roots deeply sunk into classic prog, ’90s alt-rock and stretches of black-tinged proto-metal. Stripping themselves away from the verse/chorus/verse structuring of music grants an ability to craft ambling songs, taking a listener through valleys of hypnotic riff-work before scaling mountains of emotional catharsis.

Heartless’ immediate, grounded lyrics come from a concentration on ‘grim reality’, as explained by vocalist/guitarist Brett Campbell and bassist/secondary vocalist Joseph D Roland: “Our lives, our homes and our world are all plumbing in the depths of utter darkness, as we seek to find any shred of hope we can”. Pallbearer accompany these themes on Heartless with the inclusion of unexpected musical instruments and techniques as Campbell and Roland handle synthesisers next to their usual duties. With the addition of gentle acoustics and the crunch of their riffs, the end result is a colossal hour of expansive music, powerful in both theme and sound itself.

Pallbearer begin their next adventure down to Australia and New Zealand at the very end of June, marking their first ever shows in New Zealand following their second tour to Australian shores in just as many years. With a live show that captures a rare balance between ungodly heaviness and sheer majesty, be sure to grab tickets early to capture a unique live performance.

Catch Pallbearer on the following dates:

Tickets available from lifeisnoise.com and undertheradar.co.nz for Auckland and Wellington shows. 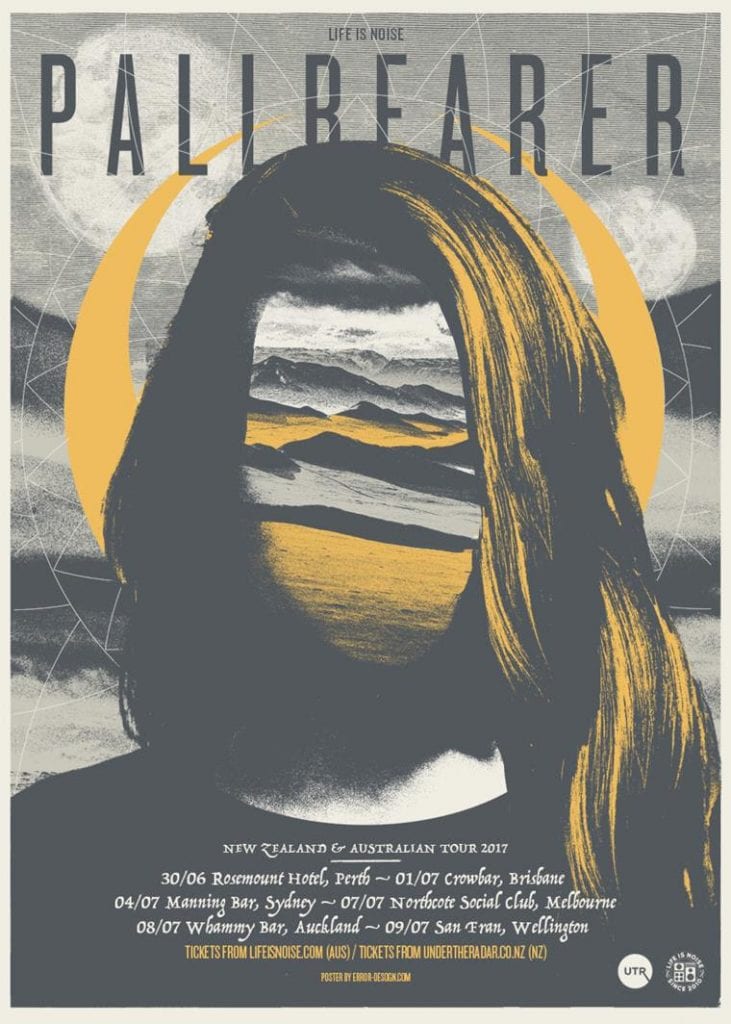