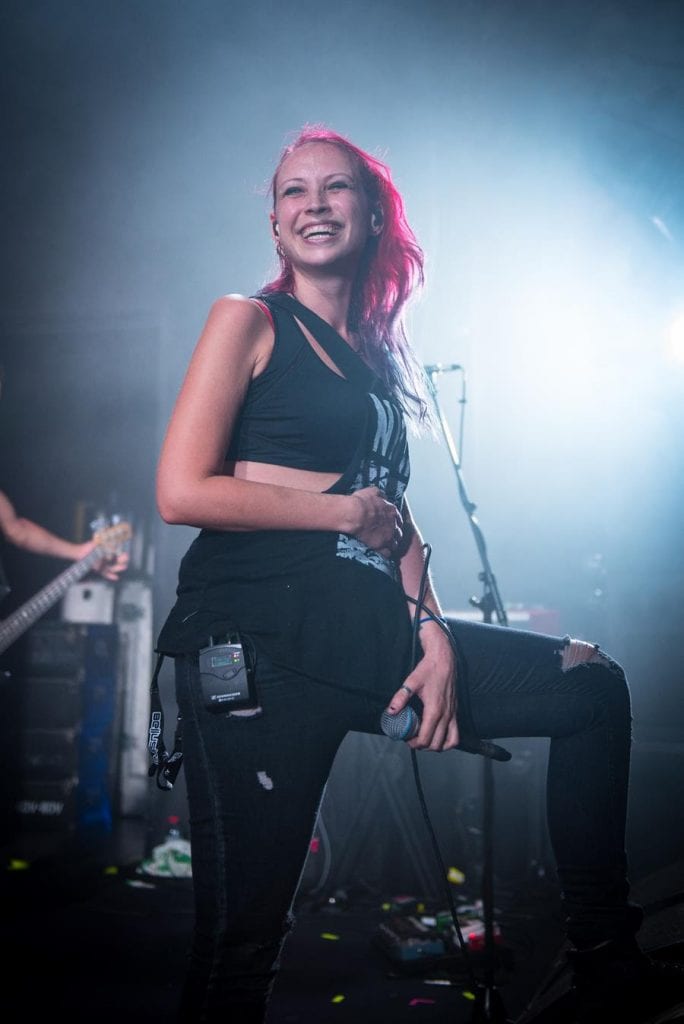 To say that Crystal Ignite is excited about having returned to Australia to tour would be a total understatement. Crystal is bloody ecstatic! Backed by a stellar new group, the five piece outfit have embarked on an eleven date national run of shows in support of Crystal’s powerful new single ‘Everything You Break’.

Best known to audiences as the dynamic and empowering frontwoman of globetrotting hard rock act Bellusira (who have sadly called it a day), Crystal Ignite has kickstarted this brand new chapter of her career by pouring her creative heart and soul into an EP’s worth of sessions in Melbourne just last month.

Everything You Break (ft Evanescence’s Ben Moody on guitar) is a an eclectic mix of tribal drum driven alt-pop that still draws upon Crystal’s love of all things rock, while telling a tragic tale of love gone wrong with the initial deception and eventual personal redemption that encompasses it.

Hand picking some of Australia’s finest players for her shows including Benny Clark
(Superheist), Brandon Valentine (Ten Thousand), Chris Miller and Shane Liang, Crystal will also be announcing an alternate touring line-up for her return to the US later in the year.

As a singer-songwriter with Bellusira who released two albums and toured throughout the US, Australia and New Zealand with names such as Halestorm, Seether, Hell Yeah, The Misfits and Fly Leaf, the band also landed on major festivals with Korn, Rob Zombie, Five Finger Death Punch and many more. Crystal’s relocation to Los Angeles also saw her work closely with co-writer Will Hunt (Evanescence) and band member Koichi Fukuda (Static-X).

Having also just secured a world-wide licensing deal with Sony/ATV, Crystal Ignite is set to unleash her powerhouse vocals and songs once again, showing why she’s one of the most talented women in rock today. 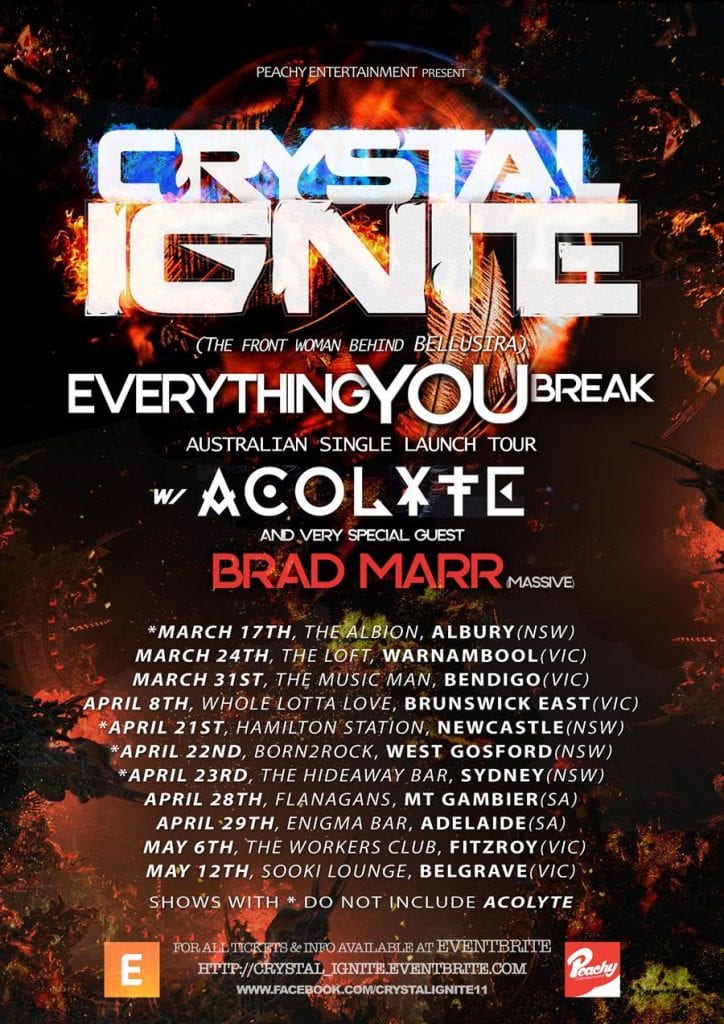