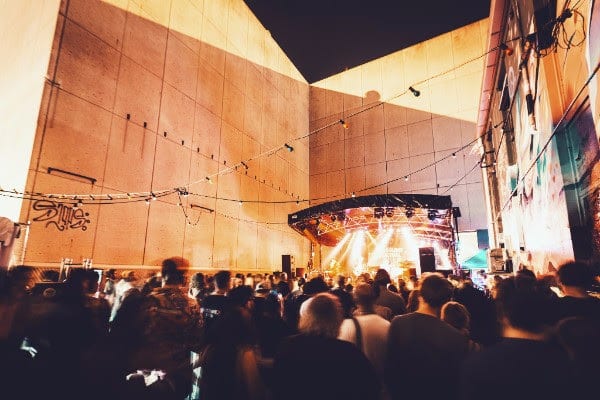 2016 saw 7000 people from around the world converge on Brisbane to surf the next wave of Australian music, with the 2017 event sure to be even bigger.  This first announce overflows with names on the lips of A&R across the globe, including Winston Surfshirt,Hatchie, Alex the Astronaut, Polaris, Mansionair and Ruby Fields, as well as return BIGSOUND visitors Hockey Dad, Mama Kin and The Creases. BIGSOUND 2017 is destined to continue its legacy of building international careers and audiences for emerging and established Australian acts.

As in each of BIGSOUND’s previous 15 incarnations, there’s something for everyone. The festival reaches across the genres, welcoming everyone from dance floor lords Total Giovanni to future hip hop star Baker Boy, electronic breakouts Haiku Hands and instrumental soulsters The Cactus Channel. The festival’s international reach also continues to grow in 2017, with the UK’s Splashh and New Zealand Critic’s Choice prize winners Bespin heading down under to join the festival.

This year, BIGSOUND gives each act the opportunity to play twice, expanding the live music experience across four big nights on September 5 -8 to ensure punters and industry get multiple chances to check out the artists that get the most chatter acrossBIGSOUND week.

“Once again we’ve been spoiled for choice when it comes to the range of new and exciting talent being showcased at BIGSOUND,” said BIGSOUND Programmer Maggie Collins. “I know these acts will follow in the footsteps of those that have come before them and achieve the international recognition that they deserve.”

Australia’s most discerning tribe of true new music aficionados will make their annual pilgrimage to Brisbane to sample the talent playing across the Valley’s 17 festival venues. Artists will also get to showcase in front of international and national music industry heavyweights including Quentin Tarantino’s music supervisor Mary Ramos, A&R from labels including Domino, Sub Pop, Ninja Tune, Trouble In Mind, 4AD and Communion, as well as agents and promoters including Belmont Bookings, ATC Live, Goldenvoice, Rock City and many more still to be announced.

BIGSOUND Festival’s live music showcase is presented in 2017 by Oztix and Mountain Goat Beer.  Both organisations have a stellar record of supporting the growth of the Australian music industry, and are long term partners of BIGSOUND. Stay tuned for more details on how Oztix and Mountain Goat Beer are teaming up to get Australia excited about the next wave of Australian music greats.

And in breaking news, BIGSOUND’s major partner Virgin Australia is extending theBIGSOUND journey this year, offering two return economy class airfares anywhere on their international long-haul network to one lucky punter who books their flights to the festival via the BIGSOUND website. Whether you choose Coachella, Auckland City Limits or FYF Fest, BIGSOUND might be just the start of your adventure!