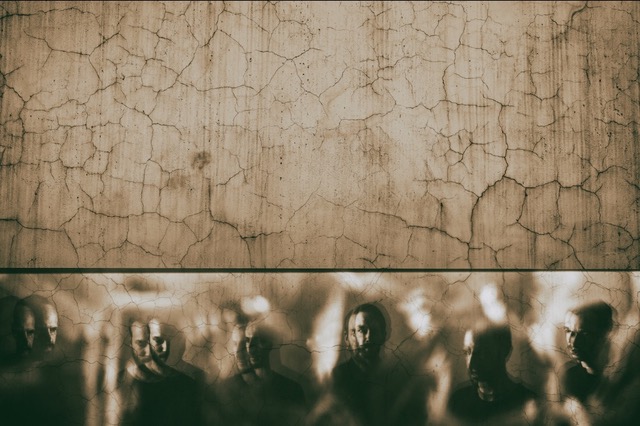 Germany’s progressive metal band The Ocean have been around for twenty years and throughout this time, as evident on their previous seven album releases, they have found their niche in focusing on periods of humanity’s existence. With album number eight titled Phanerozoic II: Mesozoic | Cenozoic (following on from 2018’s Phanerozoic I: Palaeozoic) that trend continues. Founder of The Ocean – Robin Staps –  graciously gave HEAVY some of his time in iso to educate us on the background of albums past plus bring us up to speed on the revelations hidden within Phanerozoic II.

Robin delves into what has been the mission statement for himself and his band mates, “Things have just taken shape,” he said. “It’s been twenty years since I started this band and back then I had more of a vague idea of what I wanted to do musically…conceptually all of that wasn’t ripened properly. But going back to that time now, listening to some older stuff and trying to remember how things were, I think we’re quite close to that initial vision I had back then which amorphised more a vague feeling of what I wanted to express rather than a really worked out plan that it became over the years of course. I think that’s normal when you’re starting out a band, you have that certain idea of what you want to do. It’s difficult to describe that with words and you gotta do a few albums in order to figure out where you’re headed, what resonates with you and also your band mates and then things eventually fall into place which is what happened with us.”

On Robin’s consistent path of creating in depth chapters of whole albums dedicated to a certain period of this ever rotating ball we reside upon, he elaborates further. “I’ve always felt drawn to records that were more than the sum of each individual track that had a thread that went through from the beginning to the end; call them concept records if you want! It started with Fluxion [2004] / Aeolian [2005] (our second and third albums) that had related titles but back then there wasn’t really a concept behind them it was like something that happened with the art work and certain parts of the lyrics. But Precaambrian [2007]…that was the first real concept record we’d done and the first one touching on these geological timescales which just happened because I was trying to imagine and visualise the music that I was into and writing at the time. I always ended up with these prehistoric landscapes which seemed fitting and appropriate.”

Leading into the latest album Robin continues, “With Phanerozoic now we went back to where Precambrian ended thirteen years ago, there was a missing gap between Precambrian and our 2010 record Heliocentric which starts with the beginning of humanity and that gap is the Phanerozoic aeon, so the idea was to bridge that gap both musically and conceptually with this double record we have just released.”

With all this massive undertaking musically, conceptually and artistically, Metal V asks Robin if The Ocean’s lyrics are vague and left to interpretation or bold and obvious, revealing the bands inherent purpose of unravelling the rationale and meaning of how we have arrived at today on the calendar of life. “The two Heliocentric / Anthropocentric records which came out in 2010, were orbiting around the legacy of Christianity and generally the question of religion, of course that is tied to humanity, so for this record all the lyrics were focussed on that subject matter.”

Unravelling the purposeful meaning behind their lyrics Robin discusses further adding, “the first track on Heliocentric – “Firmament” starts off with original texts from the bible, then progresses through Galileo and Copernicus, their discoveries and the effects it had on the christian worldview in medieval times and concludes with Charles Darwin’ evolution of species and enrichens the darkness of modern atheism.”

So with that HEAVY mag asks Staps to delve into the new album, specifically on The Ocean’s already released songs. The first one being the visual narrative the band were looking for for “Pleistocene” – “There are two separate narratives, (both the womans and the guys narrative) starts with the woman making her way out of the shelter, making her way into the city and at the same time the story is told from the guys perspective who’s in the city and leaving his apartment. You know how animals find themselves a place to die when they know that their time has come, that was the basic idea that we wanted to tell with this clip!”

Without either of us giving anything away or revealing spoilers, Robin breaks down the movie in detail to give the listener insight into one of the many brilliant tracks on their new album Phanerozoic II: Mesozoic | Cenozoic as well as many other intriguing, poignant layers within The Ocean’s new album including the epic thirteen minute “Jurassic | Cretaceous” featuring the magnificent voice of Jonas Renkse of Katatonia.

To discover more and treat yourself, be sure to listen to the full audio of the interview above and the dichotomy of the album’s journey of clearly defined yet diverse two separate emotions.

Phanerozoic II: Mesozoic | Cenozoic courtesy of The Ocean is out September 25 via Pelagic Records & Metal Blade.