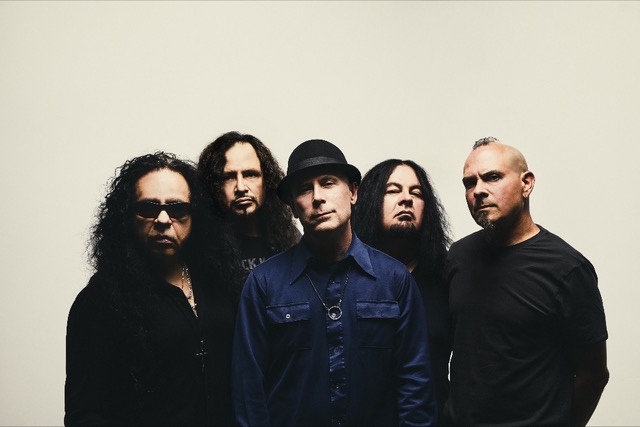 Armored Saint have successfully negotiated the metal landscape for over forty years, bearing large influence on the heavy metal scene for which they were cast.

With their latest album Punching The Sky set for release on October 23, bass player Joey Vera sat down with HEAVY to fill us in on what has been happening with the band.

We start by asking if he still gets nervous about an album release four decades on.

“Nervous… not as this point today”, he measured, “but I’m always nervous letting it go when I’m at the mixing stage and when we’re mastering. I think being the producer of the record and one of the chief songwriters when you have to give that final stamp of approval, like okay this is good enough let it out to the masses, that’s the scary part for me. That’s where I do get nervous. I don’t know why… it’s not really an insecurity thing… I’m not sure. I get so close to it over a couple of years that it gets like this puppy that you’re raising and then you let it go into the wild to survive on its own. It’s not that I wanna protect it or anything, but I guess it’s letting yourself be vulnerable because a lot of it is part of you and you have to let it out and let the world see it.”

Armored Saint pretty much have a sound that is easily identifiable as their own, but Vera stresses that in the writing process for an album there is no definable pattern or criteria they follow in order to produce what is expected.

“There’s no real agenda, to be honest with you,” he explained. “John (Bush, vocals) and I write most of the music and we are really only concerned with writing great songs that we wanna hear ourselves and that we can be proud of and that’s really the extent of it. We don’t have conversations at all about what are we gonna go for? Or what direction are we gonna go? Or what kind of songs are we gonna write? We don’t have those conversations at all. We try to let it all happen organically so it starts with a couple of riffs and a couple of songs in the beginning and then usually the first couple of songs set the stage for the rest of the writing. We let that happen naturally and we let the snowball go down the hill and it gathers strength and gets movement. That’s kind of the only conscious thing that happens in that way. There are some other things that are a little deeper than that, but that’s basically how the ball starts to roll.”

In the full interview, Joey talks more about Punching The Sky and its musical content, fan expectations with music and managing to shed that when writing a record, his role as producer on the album and the positives and negatives of that, the musical climate that gave birth to Armored Saint, choosing the opening track for an album and more.