With the upcoming Avalanche of Rock Festival Volume 1 at Sydney’s Crowbar on December 28, lead vocalist and drummer for punk/rock/metal outfit C.O.F.F.I.N, Ben Portnoy sits down with HEAVY to have a chat about the festival and his band. Featuring 11 bands from across New South Wales, organisers have opted against a big name national act as a drawcard, instead of putting their faith in their local talent.

“I was taken aback a little bit,” Portnoy confessed when asked if there was extra pressure on C.O.F.F.I.N as the headliners, “but we have played a few shows at the Crowbar in Sydney already since it opened up and each one of them has had an impressive turnout so I think with those numbers under our belt and also the good mix of other bands it will make for a pretty full show”.

After forming while still at High School, Portnoy admits the earlier days of the band were based more around the love of a good time than any serious intent, but says that as they grew into their roles as musicians they soon realised the band had potential to be more than that.

“It was always a thing for fun and still is”, he laughed, “but I don’t think we took it as seriously until around the time the Gronk EP came out. For years it was difficult to play anywhere. Realistically, all we had was Youth Centres and friends parties because we were all underage. The live music scene when we turned 18 was pretty obsolete from things like pokies and it was a strange transitioning of the older venues that relied on the pub band circuit that wasn’t able to financially stand up any more or the new licensing laws buried them but in the last four years or so it has really picked up. This band is about having fun – we’re all best mates – but I think we got a little more serious when we were able to start playing licensed venues and we started touring more frequently”.

In the full interview, Ben talks more about the Avalanche of Rock Festival, what C.O.F.F.I.N actually stands for, the history of the band, recording their debut album while still in school, the Australian punk scene and their biggest influences and more.

Avalanche of Rock Festival Volume 1 will be held at Sydney’s Crowbar on December 28. 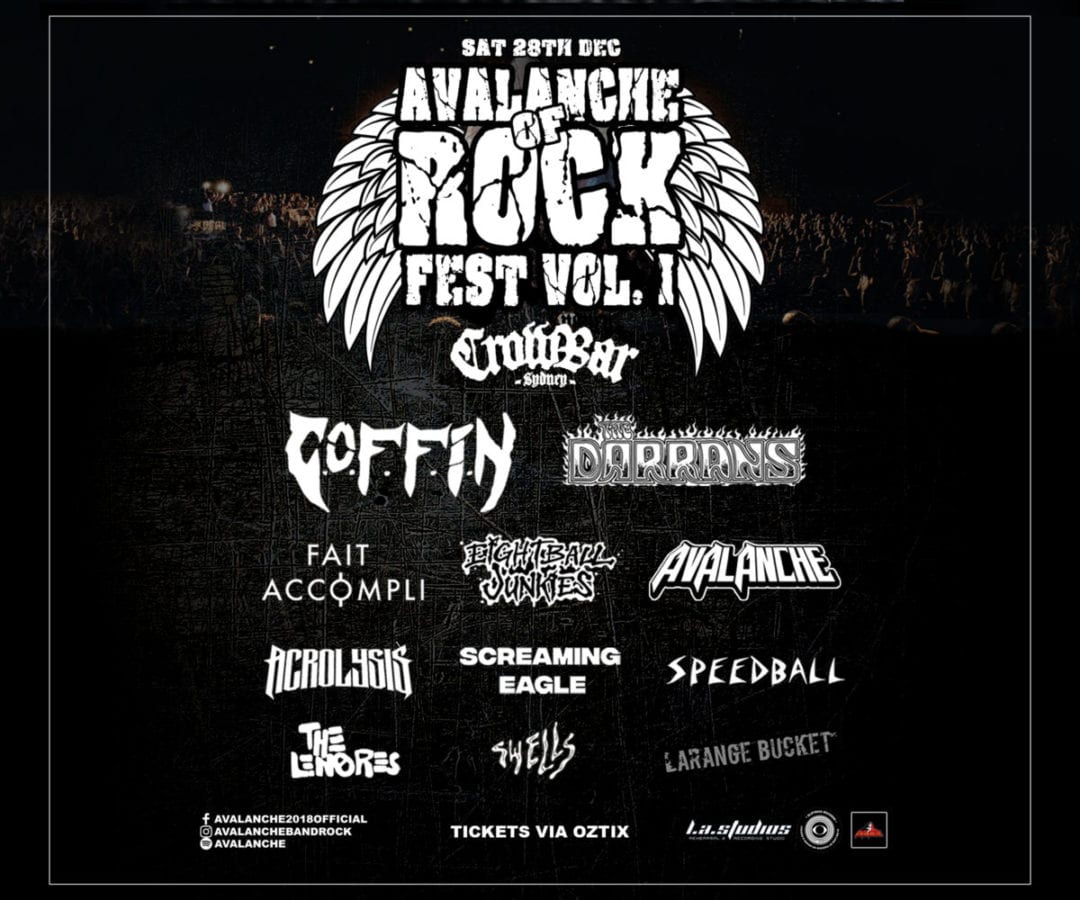