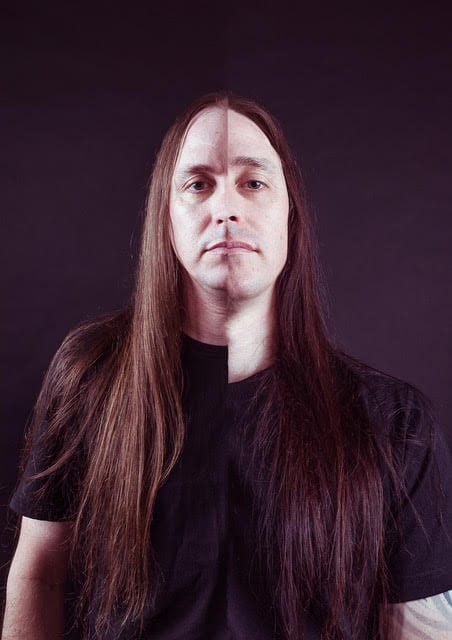 For a generation of metal fans in Australia, the name Andrew Haug needs no introduction at all. In a way, he was the voice of metal in Australia because we have spent years listening to his metal show and of course now through one of Australia’s leading metal podcasts.

For other metal fans they also know Andrew and his brother Paul through the band Contrive. A band who over the years have worked with the likes of Devin Townsend and Frederik Nordstrom, as well as have shared the stage with the likes of Opeth, Stone Sour, Sepultura, Soilwork, Machine Head, Testament and Cavalera Conspiracy just to name a few.

Now Contrive are back as a two piece with a brand new album titled Slow Dissolve, an album that has also come to alive during a time when the two brothers have been dealing with one of the most traumatic experiences in their life… as they have been dealing with the loss of their father. Now Paul and Andrew chat to Heavy Mag about the brand new album and the new look Contrive.

I begin the interview by asking Andrew how difficult it was to turn the band into a two-piece. “There have been a few difficult circumstances not even arriving from becoming a two-piece,” he says “Obviously we’ve been a three-piece for a number of years with Tim our long-lasting bass player. We actually recorded this album around mid-2015 and I had just completed my drum recording tracks and then I went off to the States for a month for a break and in that time Paul and Tim were completing their bits, and then sadly a week after I had returned our father passed away suddenly. That kind of put a spanner in the works of the band, the morale and everything. When you’re thrown into something like that it’s a life lesson. Nobody is taught grief and nobody really knows how to deal with something like that until it happens, and then when it happens you are just in freefall. For awhile Paul and I just dealt with that and we weren’t even sure what we were going to do with the band, finishing the album and stuff like that was the furthest thing from our mind. Several months later we got together with Tim, and he is now a family man, we’d started to notice even with his first born that he was turning up late to rehearsal, not being available, and we get that – it’s a new life and a new beginning, so when Paul and I got together and started to talking about finishing off the album to honour Dad we got together with Tim and said ‘we’re starting to see that the band is starting to get into the way of your new life and we don’t want to disturb that, family life is much more important than sitting in a sweaty garage, he’d been thinking about that for awhile as well and it had been an elephant in the room for us. Tim is like a brother to us and he is the only other guy we want in the band, so the whole two-piece thing kind of came together as a positive-negative. Tim has been able to have the life that he wants and we’ve been able to continue with the band as well, but unfortunately, it couldn’t happen together. And we’re still using Tim’s tracks as backing tracks live so he’s still like a ghost in the band.”

It is obvious talking to Andrew and Paul just how much of an impact the death of their father has had on them and Andrew says it comes through with their performances. “I’d already done my drum tracks before this happened,” he says. “I think more so for Paul though because his vocals hadn’t been done yet and they are probably the most emotional part of being in any band, that’s how the band projects. So I think a lot of that would have come onto the shoulders of Paul. There were no lyrics about the passing, but I’m sure the emotion would have been there for Paul.”

“It was difficult but I got through it,” says Paul cutting in. “After the last album we had just really sat down and wrote about life, even about people’s social interactions with technology – it’s not a done to death subject because it’s life today as we know it. You never know where things are going, and there are a lot of political aspects in the world. Yeah mainly it was just observations about society and human nature really and the way things have evolved. Yeah, we pretty much just put all that together and just went with that approach really. We’ve always tried to write from an honest perspective of emotions and how we feel about things. How we see things but not from a preachy point of view.”

Paul also says that now the album is in the can and out to the public they are looking forward to heading out onto the road and playing the tracks live. “We have broken in that hiatus of not playing live for just over three years,” he says. “We did that as a two-piece just over three weeks ago now, it was really nerve-wracking but it was great to dust off the cobwebs. You look up and there are people in front of you rather than a rehearsal room. So yeah now we are trying to organise some rehearsal rooms and do some shows with some other bands. Stylistically we have never really fitted in with any other style over our career. So that has always kind of isolated us , but it feels good for us at this point to be able to play with a bunch of a whole lot of different bands, but saying that if there was a five-band black metal show at the Bendigo I don’t think we would be invited, but if there was a group of proggy bands we’d fit quite well with them… and of course some of the faster stuff. Even some of the hardcore stuff because I’m a big fan of hardcore music. As writers, we have always been open to trying anything. But yeah we really just want to get back out there and start playing some shows.”

Slow Dissolve is out now. 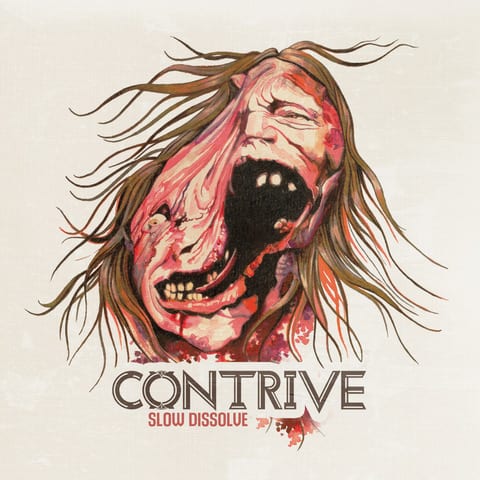