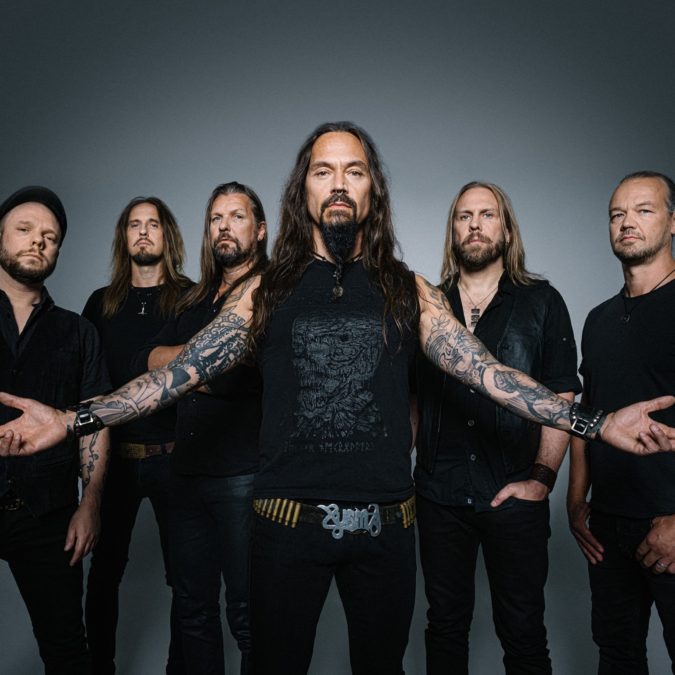 “I think there was 35 songs in the end so Jens tried to pick the ones to make a good package.”

With the imminent release of their latest album Halo on February 11, Finnish heavy metal outfit Amorphis have produced an album that is as beautiful as it is melancholic.

The completing chapter of what started with Under The Red Clouds in 2015 before weaving into Queen Of Time in 2018, Halo is a journey into the inner conscious of a band who strive to better their craft with each release.

Guitarist Tomi Koivusaari joined HEAVY to chat about this epic album and other happenings within the Amorphis camp.

“It’s basically not a straight continuation for Queen Of Times,” he measured. “It’s an album of its own, but of course we have the same production team behind it, so in that sense it is a continuance. This time was a little bit different with recordings and things like that because our producer Jens (Bogren) had to do it from a distance because of the restrictions, so it was a little bit strange, but it went off quite good in the end.”

While being promoted as the final chapter of a trilogy, Tomi is quick to stress the point those values are more from a production point of view rather than content.

“We didn’t plan it that way,” he said, “but afterwards it was maybe more so because there was a lot of similarities with the producer, and, of course, cover art and things like this. Overall, I think all of our albums you can categorise to three albums, but I read myself it was a trilogy and was like, okay (laughs).”

In the full interview, Tomi talks more about the songs on Halo, Bogren’s advanced role in the selection process and why he was given that power, the role of Pekka Kainulainen in the band and how important it is, the early days of Amorphis and more.

Pre-order the album physically, pre-save it or pre-order it digitally to receive ‘The Moon’ instantly now, here: https://music.atomicfire-records.com/halo