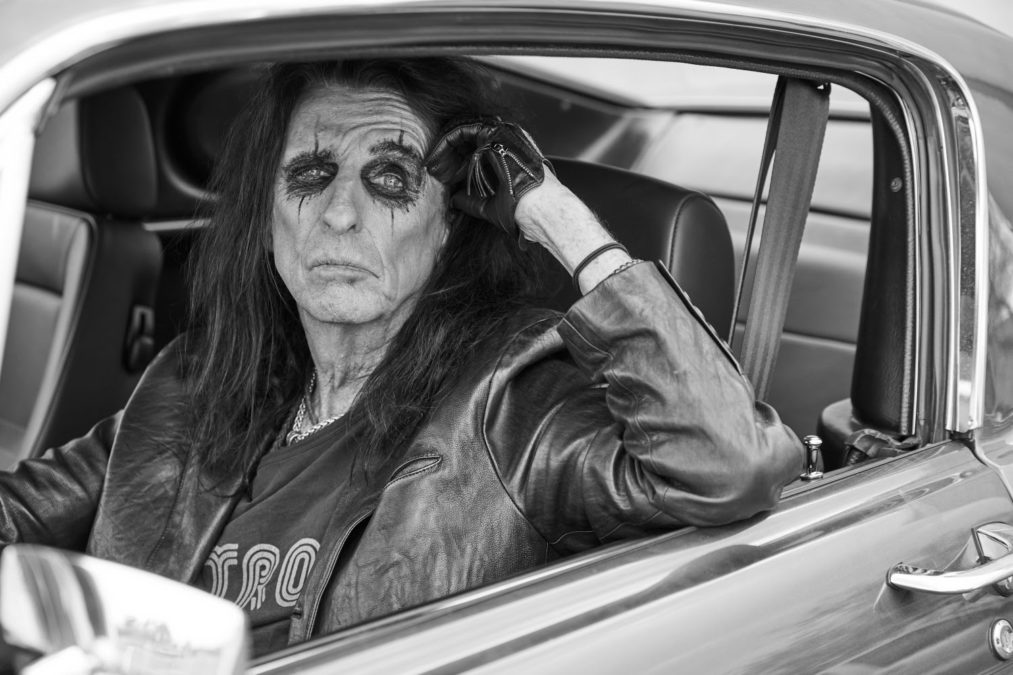 At 73 years of age, Alice Cooper has every right to be excitedly entering the twilight years of a stellar career.

Instead, he has just released a new album Detroit Stories and has announced plans to record the next one already.

The man is more than a legend, he is a metal God, and one whos indelible stamp will be left forever on the metal scene for which he has almost literally given his soul.

HEAVY caught up with Alice from his home base last week for a refreshing and open chat about life through the eyes of The Godfather of Shock Rock.

The first port of call was to wish the great man a happy belated birthday.

“I’m 73 but I’m probably more like 40,” he joked. “I quit drinking and doing all the bad stuff 38 years ago and I never smoked cigarettes so that’s a big plus also. I can go on stage and do five shows a week no problem, whereas usually, guys my age are doing one or two shows a week! I’m not just in the Alice Cooper band, I’m also in the (Hollywood) Vampires so I’ve got two tours and two bands and four albums, that kind of thing. I’m working on three albums right now and Detroit Stories just came out! And I play golf every day (laughs).”

Detroit Stories has been universally praised by critics and fans alike, a fact Cooper puts down to releasing the right album at the right time.

“I think people were waiting for a fun album to come out,” he shrugged, “a hard rock album that’s fun to listen to and I think that’s what this one is. Hopefully, people are getting up for it and getting a nice lift from this album.”

The album focuses on the Golden Era of music from the city of Detroit, with Cooper crediting a large part of his success to the lasting impact being part of that movement.

“You can’t really cover anything with 13 songs,” he said, “but we tried to cover every kind of music in Detroit. There’s blues there, there’s Motown, mostly hard rock – Detroit is a guitar-driven hard rock town – because when we moved there from L.A… L.A had The Doors and they had Love and bands like that and San Francisco had their Grateful Dead and Jefferson Airplane and New York had their bands but in Detroit, we didn’t fit in anywhere except Detroit (laughs) so when we went to Detroit we met Iggy & The Stooges and Ted Nugent and Bob Segar and Suzi Quatro so we fit right in there and at the same time I was from Detrot – that’s my hometown – so we were welcomed with open arms. That’s really where a lot of our stuff came out. That’s where “18” broke and everything big happened for us out of Detroit.”

With rock and roll starting to reclaim its rebellious nature, Cooper admits that the future of the music he loves and helped to pioneer is in good hands.

In the full interview, Alice talks about Detroit Stories in more details, his ambitious plan to write, demo and record the next album completely on the road, the variety of music and genres on Detroit Stories, his favourite live performances, fitting in musically, his five Commandments of Rock and some special advice on submitting your music and how to protect it.