Album Review: TIMES OF GRACE ‘Songs Of Loss And Seperation’ 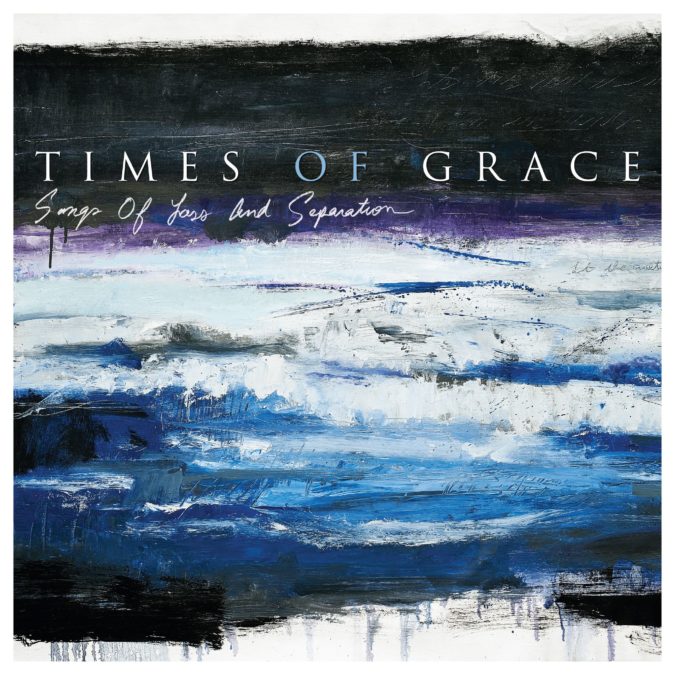 With a band name like Times of Grace I was thinking that Krispy had stitched me with Christian rock band just for shits and giggles. As it turns out though, after a quick google, I find out that I’m about to listen to the side project of Adam Dutkiewicz (fuck that was hard to spell) and Jesse Leach from the Massachusetts Metalcore outfit Killswitch Engage. Now I”m a little more interested.

The album kicks off with somewhat of a country sounding guitar lick before some rather sombre lyrics introduce us to a slow ballad titled The Burden of Belief. A full throttle slow burner this one that peaks at the end of the second chorus before bringing the song back down again and then peaking once more and ending on a high. This is a very impressive display of vocals and song writing to kick off an album with.

Watch The Burden Of Belief below:

Mend You follows suit before switching into a shifting broken groove like something you would hear from Tool, but not so boring, and way more impressive on the vocal front. With a very tasty, heavy, but slow outro, complete with screams, the album begins to take on a new feel.

Next up is Rescue which belts in with a rocking banger of an intro riff that is closer to something you would hear from the 2/3 of this band that make up Killswitch Engage. Great track, and way more suited to the very name of this magazine and the listening tastes of its readers.

Far From Heavenless begins with a slow intro that feels like we are returning to the feel of the opening tracks before launching into some massive heavy chugs, tom fills and massive growls. Then it winds back down, and then heavies up again. But where will it end? Dark and Heavy, that’s where it takes us. Dark and Heavy!

Bleed Me opens sounding like one of Slipknots “softer/slower” tracks with deep dark vocals, dirty slow strummed guitars, and thumping background percussion. When the song finally hits its stride, it takes on a nicer more melodic feel, but not too nice due to its slow pace and overall dark feel. This is a very moody track, so you might want to paint your nails black and put on some eyeliner in preparation.

At this point I’m fairly-well impressed with the overall feel of this album and the mix of soft and subtle, hard & heavy, and dark and gloomy. It sometimes feels like you are about to hear the same song over-and-over again but then each song surprises you by taking on their own little interesting twists. Medusa is a perfect example of this, as is the following track Currents. The album just gets better and better the further you progress, with its impressive song writing, vocal performances, and overall vibe.

With only three tracks left, I get the feeling that this album will end in an epic fashion. A heavy ballad titled To Carry This Weight sets this scenario up perfectly with its massive choruses and super melodic clean vocals as does the following track Close. Closing track Forever brings the album full circle back to where it began with a melodic dark ballad that slowly builds into a heavy chugged-out emotive resolve.

Is this the epic ending I was expecting? Probably not, but it does leave you wanting more, even if just another listen to the album so that you can take it all back in again. Is this an album for Killswitch Engage fans? Again, probably not. What it is though, is a well written, well-structured display of signwriting and performance by two very talented artists who do not appear to mind
showing their softer more melodic side.

Give it a listen, I’m sure you’ll enjoy it!