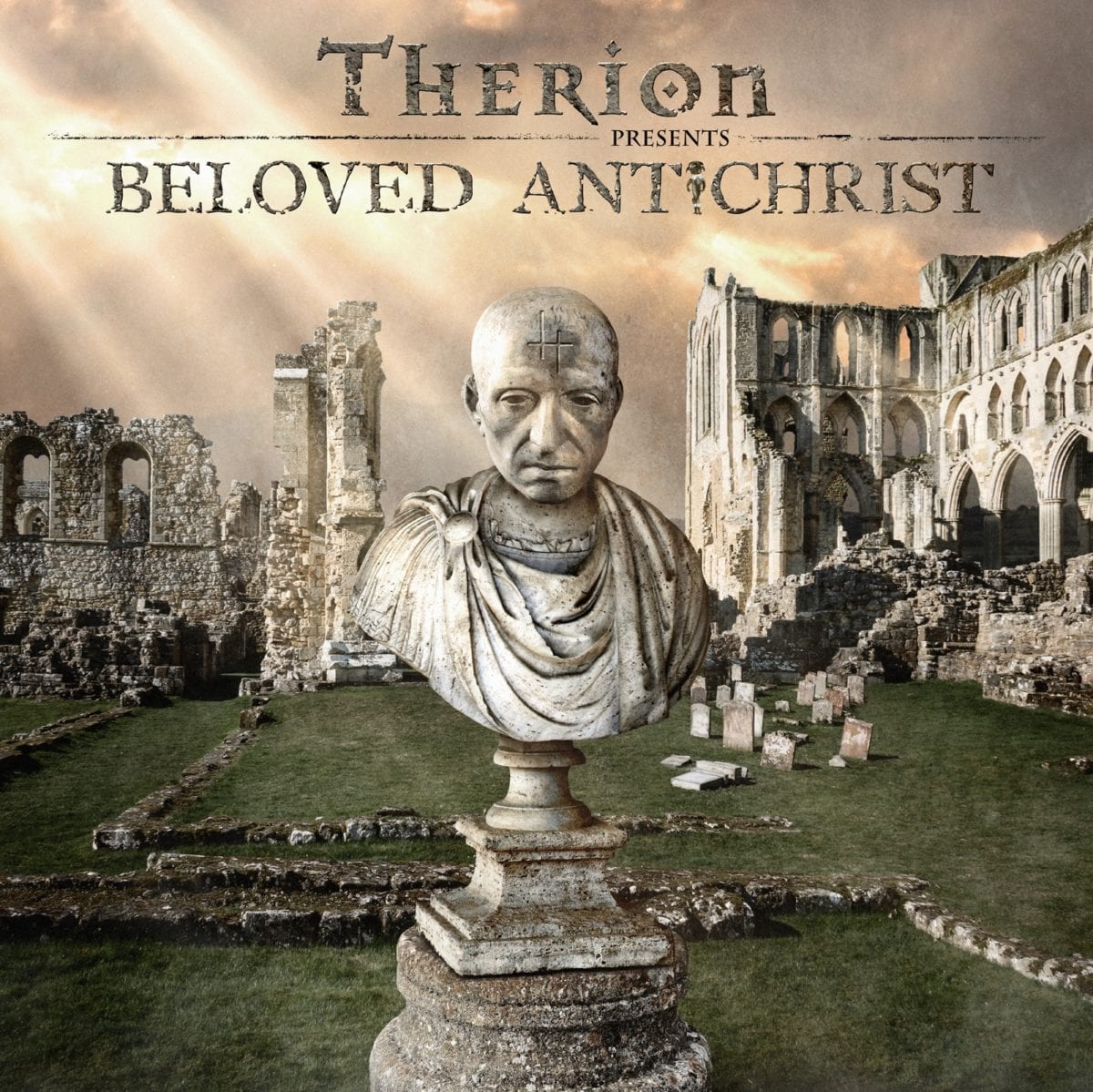 I feel I need to preface this review with a small disclaimer of sorts. Beloved Antichrist is literally a lifelong dream realised by Therion founder and guitarist, Christofer Johnsson. Even for diehard fans of the Symphonic Rock and Operatic Metal genres, this album represents something extremely unique and conceptual. A single overarching story is bequeathed to the listener throughout Beloved Antichrist’s impressive 182-minute length and as such, I feel it is necessary to explore the narrative of the album as much as the musical content to fully appreciate what is sure to be henceforth known as Therion’s magnum opus.

Inspired by and loosely based upon Vladímir Soloviov’s “A Short Tale Of The Antichrist“, listeners follow the epic saga of Seth, a man who has the ability to talk directly to God. After losing his gift, Seth decides his life is forfeit and throws himself from a clifftop only to be saved by Satan. The Devil then offers Seth a dark gift, which he accepts, completing his transition from self-proclaimed Messiah to Antichrist. Seth proceeds to lead the world into somewhat of a Golden Age with his subjects blissfully unaware that his guise as a benevolent ruler is concealing his much more sinister nature. While this may seem a very brief summary of an artwork I previously described as epic, let me assure you that shit goes down! Simply put, this story is already yearning for a silver screen adaptation or at the very least, big-budget TV mini-series.

Putting aside my literary analytics for a moment, I was able to fully immerse myself into the musical orchestration of Beloved Antichrist and bask in its grandeur. Longtime band members such as Thomas Vikström offer up classic Therion performances while 29 different vocalists breathe life into the story’s characters and the sheer talent showcased in true operatic style is nothing short of impressive. The juxtaposition of a large number of instruments is used to great effect, demonstrated particularly well on tracks such as “What is Wrong” and “Time Has Come Final Battle”. String sections seem to swirl around your head, calling you to the heavens while thunderous horns and tympani drums wouldn’t be out of place in cautioning the viewer of The Fellowship’s impending encounter with the Urak-Hai of Isengard. Piano, bells and chimes add a flourish to the albums’ quieter moments and a cheeky harpsichord may even make a striking appearance or two. The dynamic range of the album is masterfully defined and is as much of a testament to the mix and master engineers as it is to Johnsson’s compositional prowess.

Unfortunately, this is where my excitement for the album ended. Even taking that Therion are pioneers of Symphonic Metal into heavy consideration, I quickly grew impatient with the number of genre cliches I was exposed to. It is no secret that I have a vendetta against genre-defining artists using that fact as reasoning to remain in a state of inertia and I feel that is exactly what Johnsson has done, only spanning over 3 hours instead of a typical length release. Please don’t misunderstand me when I note the length of Beloved Antichrist, the duration has no bearing on my criticisms of the album, quite the opposite in fact! I find this level of dedication to achieving such a grand vision downright impressive and quite frankly, inspiring. I repeatedly find my self-wondering why Johnsson chose to limit his experimentation to duration and to my extreme frustration, find myself coming out unenlightened every time. In this case, I feel that the old proverb “quality over quantity” was perhaps not needed as much as it should have been while “stick with what you know” may have been leaned on a little too heavily which led to the stifling of the emotion that the characters are trying to portray.

Single “Night Reborn” is taken from the second of the 3 acts that make up Beloved Antichrist and serves as the perfect elucidation of my criticisms. Heavily distorted power chords chug along to a somewhat dated drum mix while a choir emphasises the lead vocal. While I understand that the arrangement is meant to serve as an accompaniment to the narrative being sung, room for a touch of musical finesse outside of the recurring palm muted guitar riffs was most definitely present. In context with the album, however, this single offers a very interesting piece of the story for those so inclined to piece it together.

Criticisms aside, allow me to finish on this note. While at first glance the sheer magnitude of Beloved Antichrist might seem overwhelming to some listeners, appreciation of the album as a whole can still be just as gratifying when digested in multiple parts. A review was never going to fully and accurately portray a release as lengthy and significant as this one and even if you are on the fence about purchasing the album, I implore you to give it a chance. Love it or hate it, there is no doubt you are in for a unique experience. Disregarding tired genre tropes, the sheer commitment Johnsson has shown to telling this narrative will no doubt be rewarded as fans enjoy a life’s work come to fruition. While there are no concrete plans yet, Johnsson has indicated he would love to see Beloved Antichrist performed live on stage with a full set and props. Here’s to hoping!